Lionel Messi joining Manchester City this summer would seriously limit Phil Foden’s game time, according to former Major League Soccer star Alejandro Moreno. City are favourites to sign Messi if he is granted his wish of leaving Barcelona in this window. Moreno has analysed how the Argentina superstar could be accommodated under his former Barca boss Pep Guardiola at City.

The ESPN FC pundit claims Messi would be given a free role by Guardiola and play like David Silva, only more advanced up the pitch.

However, Moreno believes that would spell bad news for Foden’s chances of playing regularly.

Foden, who earned his first call-up to the senior England squad on Tuesday, shone for City in the second half of last season, especially after lockdown.

But Moreno thinks it would be the 20-year-old who would benefit least from Messi’s arrival. 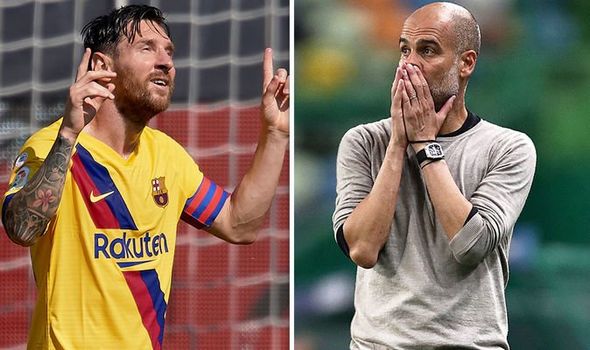 “Well, he’s going to have a free role and think of David Silva.

“We have seen what Lionel Messi became for Barcelona over the last couple of seasons and in particular this year, more of a playmaking sort of guy, more of a facilitator.

“Think about David Silva in a more advanced position and then having the freedom to go in every which way he wants and everybody else just kind of adjusting.

“You keep [Sergio] Aguero in a central position in attack, Raheem Sterling gives you speed on the opposite side to Lionel Messi, and Lionel Messi with the freedom to float in and out into spaces, underneath Aguero.

“Then Kevin de Bruyne overlapping on the other side coming out of the midfield and then you start to think of the possibilities of what Manchester City can look like.

“The only person that’s not excited about this is Phil Foden, who will sit on the bench very comfortably because if Lionel Messi is coming, he isn’t playing.” 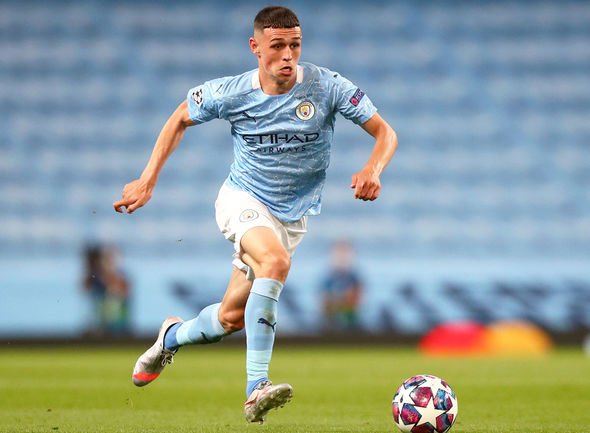 City have already signed a winger this summer, with Ferran Torres joining from Valencia for just under £21million.