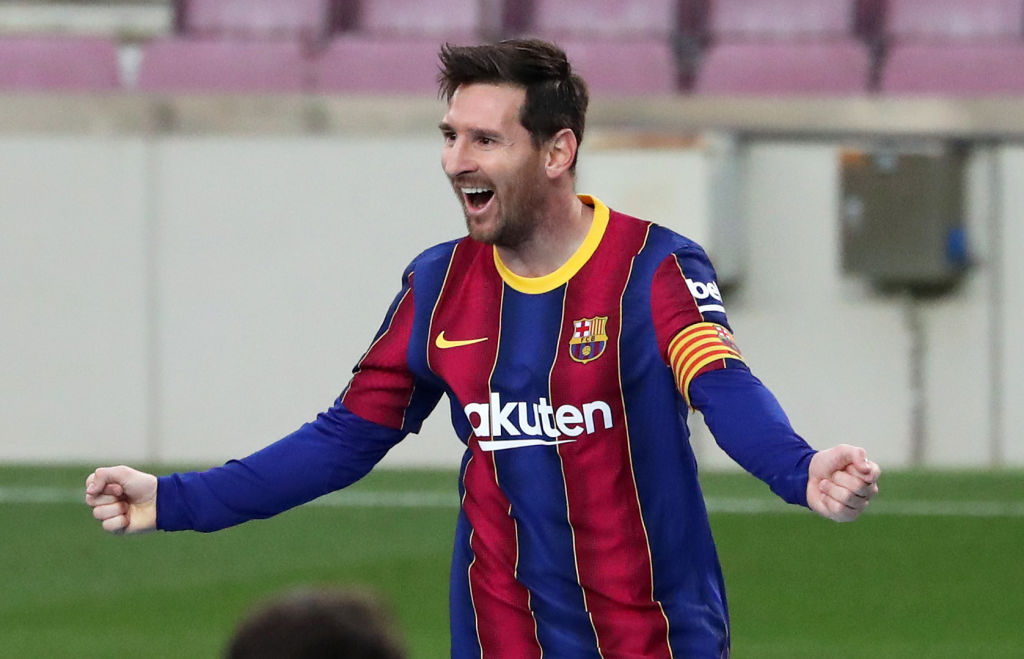 The club six-times Ballon d’Or winner remains the jewel in the crown of Ronald Koeman’s side, despite the fact he is due to turn 34 this summer.

Messi almost walked away from the club at which he has spent the entirety of his professional career in the wake of last season’s historic 8-2 Champions League defeat against Bayern Munich.

The Argentina international handed in an official transfer request but was ultimately forced into making a dramatic U-turn with Barcelona refusing to entertain any bids below his £625million release clause.

Joan Laporta’s return as president, in place of the unpopular Josep Bartomeu, has played a role in Messi’s renewed commitment and following talks between the club and the player’s father, Jorge, an almost unprecedented deal is set to be struck, according to The Times.

Messi is out of contract in the summer and although PSG have been carefully monitoring his situation, the most gifted player of his generation is now minded to remain at Camp Nou.

A 10-year contract is set to be signed which would see the player remain at Barcelona in the short-term, before allowing him his longer-term ambition of playing in the MLS.

Messi would reportedly perform an ambassadorial role for the club in the United States before returning to Barcelona in an executive role.

Barcelona are currently in a dire financial situation and must sell before they can buy new recruits in the upcoming transfer window.

Messi is said to have recommended the signing of Borussia Dortmund striker Erling Haaland, and he is reportedly willing to reduce his own wage demands to help facilitate a squad rebuild.