Lionel Messi would only leave Barcelona for a winning project, according to La Liga expert Graham Hunt. The Argentina international is hurting in the aftermath of their 8-2 Champions League defeat to Bayern Munich on Friday. And Messi has been backed to leave the Nou Camp since, with the player unhappy at the club’s failure to build a winning project.

Messi and Barcelona were on top of the world when they won the Champions League under Luis Enrique in 2015, beating Juventus 3-1 in the final.

But, since then, they’ve had to go five agonising years without winning Europe’s biggest club title.

Barcelona went into Friday’s showdown with Bayern Munich out to exorcise demons the past, having fallen to big defeats against Roma and Liverpool in recent years.

But they were blitzed by the Bundesliga giants, who hit EIGHT on a stunning night of football with Philippe Coutinho (2), Thomas Muller (2), Ivan Perisic, Serge Gnabry, Robert Lewandowski and Joshua Kimmich all on target.

There’s been talk of Messi potentially leaving the Nou Camp, with Manchester City emerging as frontrunners in the race for his signature.

And La Liga expert Hunter has claimed the 33-year-old will only leave Barcelona for a winning project – rather than money. 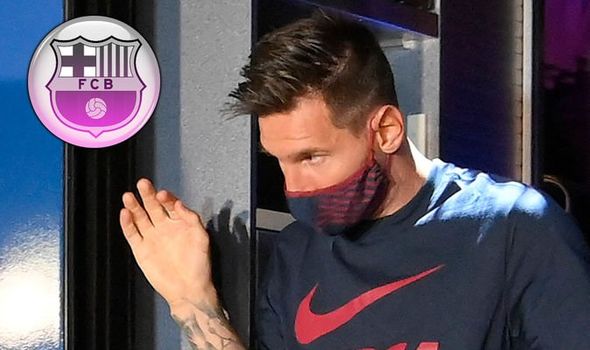 “If he is motivated and fit there is every reason to argue he could be exceptional for another three or four years, he just turned 33 in June,” Hunter told Sky Sports News.

“His contract no longer has that get-out-of-jail-free clause wherein every May the last two or three seasons he could have informed the club he wanted to leave for free.

“This board, for as long as they stay in power, and I think that will be until at least March, will not want to be tainted by being the ones that let Messi escape, as well as being tainted for being known as the board which failed to bring the best out of the final golden years of Messi.

“Clubs who want him are suddenly going to be asked for 100 million euros for a 33-year-old, and it’s possible there might be one or two willing to pay that, but he then has to look around and say if I’m disrupting my life and taking my family out of a place where I’ve always said I wanted to stay, will he be joining a winning franchise.

“He doesn’t want to leave for more money or just to be out of the mess that is going on around him, he wants to win the Champions League. 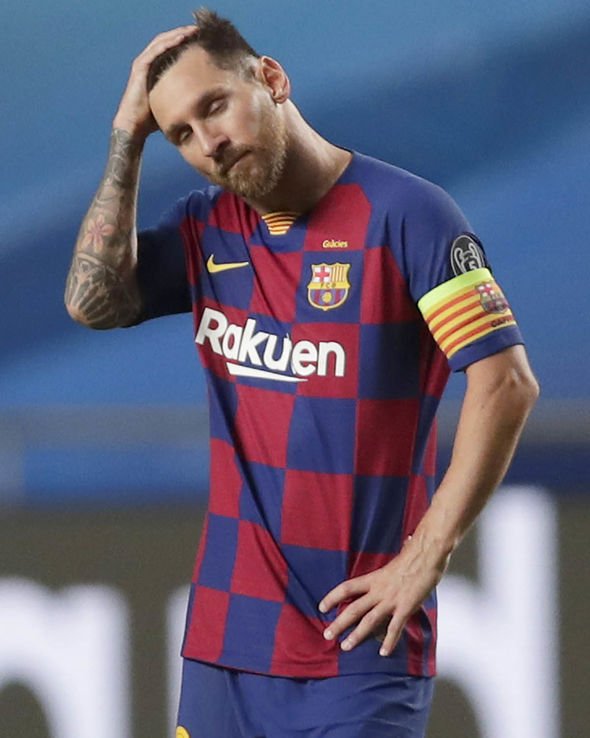 “It’s a very complicated equation to work out how he leaves, or to where he might go.

“Of course, he is waiting to see the developments [regarding the board and manager] and whether he believes that might make a difference to him staying and winning at Barcelona.”

Barcelona are poised to make changes to the club, with Ronald Koeman primed to replace the sacked Quique Setien.

And ESPN pundit Steve Nicol has slammed Josep Maria Bartomeu for bowing down to Messi, saying: “This slide’s been going for, what, three years maybe? Since Neymar left.

“And everytime there’s a crisis or something goes wrong, it always ends up with the last line is usually: ‘And of course Lionel Messi will come into the decision-making’.

“Why are you still going to have Lionel Messi in the decision-making after three years when you think he’s been sticking his nose in and all these bad decisions have been made?

“Because if he’s got too much say, then no wonder the club’s going the wrong way, making all these changes.

“Three different football directors in five years or something, I mean it’s ridiculous.

“The buck stops with the president, he’s the one who’s made all the bad choices and if he’s actually decided to get Messi involved in the decision-making, then that’s another bad choice on top of it.”