Arsenal and Tottenham star Victor Osimhen has received “multiple offers” ahead of the summer transfer window. That is according to Lille president Gerard Lopez, who claims that a number of heavy bidders from around Europe have shown interest in Osimhen.

The 21-year-old centre-forward enjoyed a stunning season in France as he recorded 18 goals and six assists in 38 appearances across all competitions.

Lopez didn’t name the clubs that made bids for the Nigeria international but confirmed that they were approached by English and Spanish teams.

Reports suggest, though, that Lille won’t be letting Osimhen go on the cheap and may require a fee as high as Nicolas Pepe’s before he moved to Arsenal last summer. 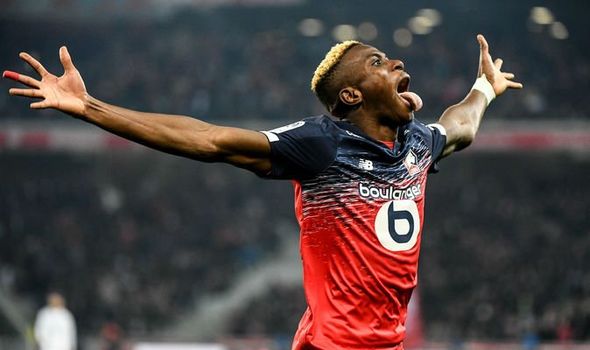 Lopez told the Daily Mail: “There are multiple offers. We turned down one English and one Spanish offer this January transfer window.

“There is a wide array [this summer] and I wouldn’t want to give the names of the clubs who are bidding but what I can tell you is that there are multiple [offers]. There are three championships that have clubs that have bid for him. 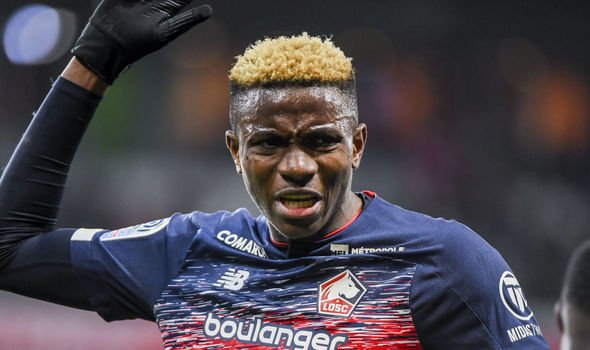 “I am not being a sales guy because last year people didn’t believe that we had the offers we had with [Nicolas] Pepe and it turns out we had multiple of them.

“Let me tell you with Osimhen, it is the same thing, whatever number you heard, the high number I have read is very much on the money of the offers that we have received. That’s where we are.”

Arsenal will need a striker if they lose top scorer Pierre-Emerick Aubameyang in the summer after a series of stand-out performances for Mikel Arteta’s side.

Aubameyang has scored 20 goals in 32 appearances across all competitions but his contract runs out next year.

That means the Gunners may have to compromise and sell him for a bargain price in order to avoid losing him for free in June 2021.

The north Londoners, though, are waiting to hold contract talks with the Gabon international but it will be hard to convince him to put pen to paper if they can’t guarantee Champions League football for next season.

Tottenham also have very few options in attack besides star striker Harry Kane, who has been out injured with a hamstring problem since January.

Kane is set to be fit in time for the Premier League restart on June 17 but Jose Mourinho still lacks back-up with Son Heung-min and Lucas Moura preferring to play on the wings.