The teenager, who does not turn 18 until February, is the son of former Stoke City midfielder Rory Delap and has been fast-tracked to first team training after signing from Derby County last year.

An England Under 17 international, Delap was a surprise name on Pep Guardiola’s bench for Monday’s 3-1 victory at Wolves in Sergio Aguero’s absence. 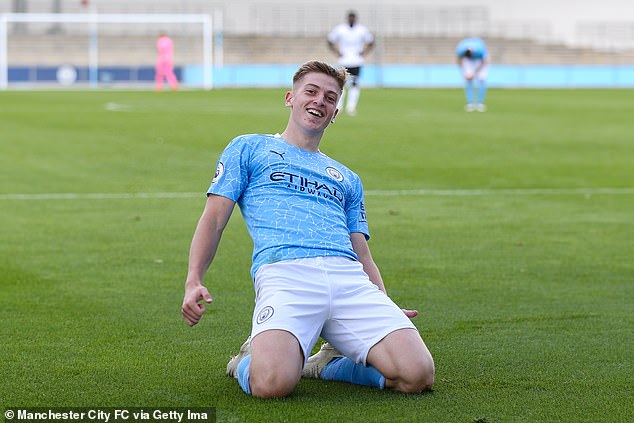 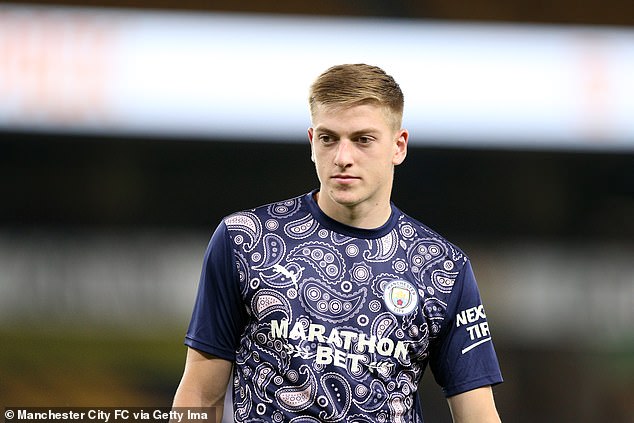 Guardiola vowed to name a much-changed side for Thursday’s Carabao Cup third round tie against Bournemouth, with Delap in contention to start.

City sources have long since talked up Delap, who scored twice during the Under-21 team’s recent EFL Trophy win over Mansfield Town.

Delap trained with Guardiola’s squad during Project Restart and City believe he has the physical capabilities to deal with men’s football already. 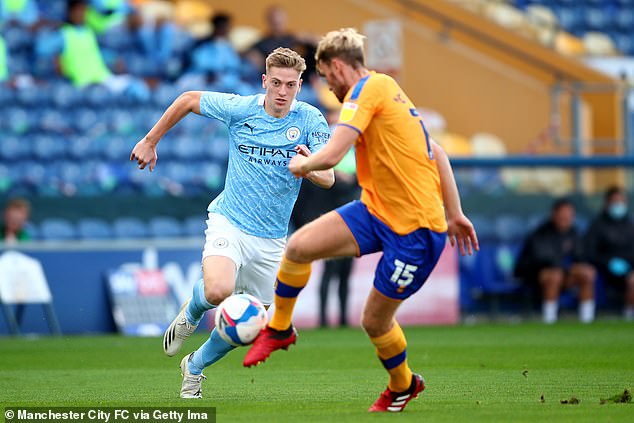 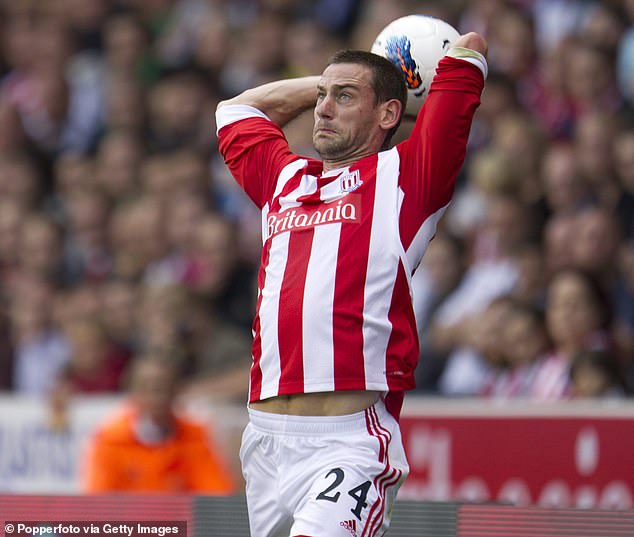 ‘Obviously the players are the best of the best and being around them shows what the highest level is like and what it takes to be there,’ Delap said. ‘Getting a taste of that gives me great confidence.’

Guardiola is dealing with a spate of injuries, with Aguero, Aleks Zinchenko, Bernardo Silva and Joao Cancelo among those missing out. Eric Garcia has a chance of featuring, as does Aymeric Laporte, although Ilkay Gundogan is still self-isolating after testing positive for coronavirus.