Marcelo Bielsa has praised Manchester United’s “simple” playing style ahead of their game against his Leeds United side on Sunday.

Leeds last beat their rivals in 2010, when they knocked them out of the FA Cup with a 1-0 win at Old Trafford as a League One team.

Their first top-flight encounter in 16 years against their bitter Roses rivals ended in a 6-2 defeat at Old Trafford in December, with Leeds fans hoping they will be the ones celebrating after Sunday’s clash – live on Sky Sports.

“The more simple football is, the better it is. This principle is always supported when the players do what they should do and what they are best doing,” Leeds head coach Bielsa said.

“In this sense, Manchester United are an example of this. They advance what they know best how to do and this has permitted them to create a style.

“Their game is simple to decipher. This is a praise. Because to be able to play simple is very difficult and when we manage to achieve it, it is very satisfying.”

Manchester United boss Ole Gunnar Solskjaer is also looking forward to the encounter against their old foes, having crossed paths with them many times during his playing days.

“I’ve played in some massive games against Leeds. We had a proper challenge from that team in early 2000s, with, for example, Eirik Bakke playing for them,” he said. 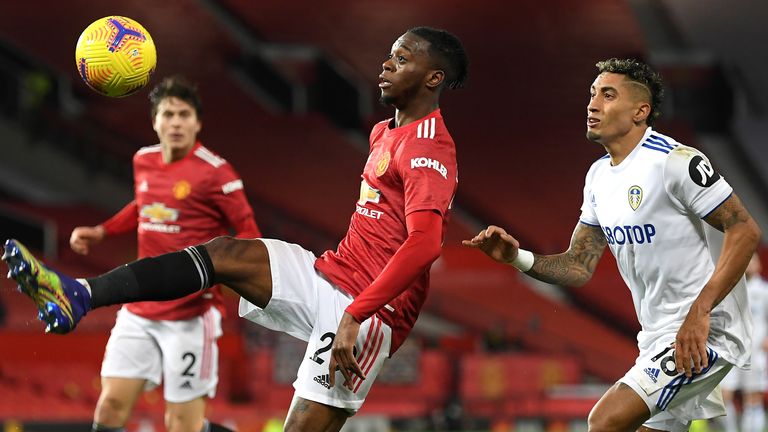 “We as a team got stretched against them, we looked forward to those games and we had some fantastic games.

“There was respect for the level, they stretched us. I feel the same now with the Leeds team coming up this year.

“They’ve shown their quality and they’re going to stretch us. We have to be ready for this game, physically and mentally.

“It’s a completely unique game of the season.”