Frank Lampard is hopeful that new signing Hakim Ziyech will not be out for long after suffering an injury in his first Chelsea appearance.

Ziyech, a £34million signing from Ajax, was forced off early in the second half of a preseason friendly against Brighton on Saturday.

Lampard said: ‘He’s got a bit of a knock on his knee, a small twist which we will have to assess. Hopefully it’s not too bad.’ 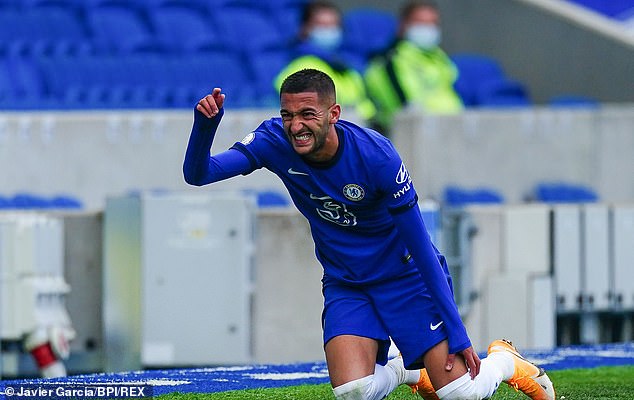 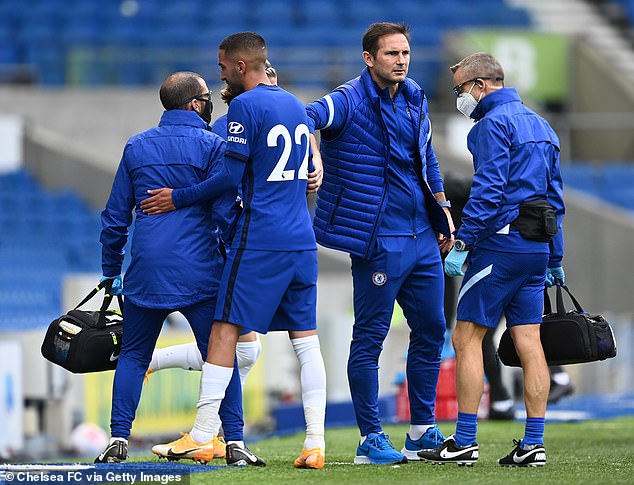 Timo Werner scored his first Chelsea goal in the 1-1 at the Amex Stadium.

‘He was sharp and bright and showed the qualities we know he has,’ said Lampard. ‘It was a great little start for him.’

Lampard’s pre-season plans have already been dealt a blow with eight players in quarantine due to an outbreak of Covid-19. 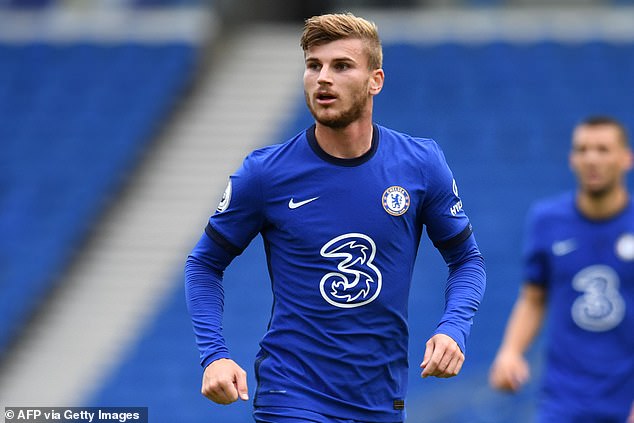 Mason Mount, Tammy Abraham, Christian Pulisic and Fikayo Tomori are all understood to be in self-isolation after they were pictured on holiday on the Greek island of Mykonos.

Jorginho, Ross Barkley, Michy Batshuayi and Emerson are also reported to be staying away from Chelsea’s Cobham training base, but it is not known which players have tested positive.

There were 2,500 fans in attendance as part of a government trial event for the return of supporters to stadiums for matches.

It was the first time in almost six months crowds have been allowed to watch live football after the 2019-2020 Premier League season was completed behind closed doors.