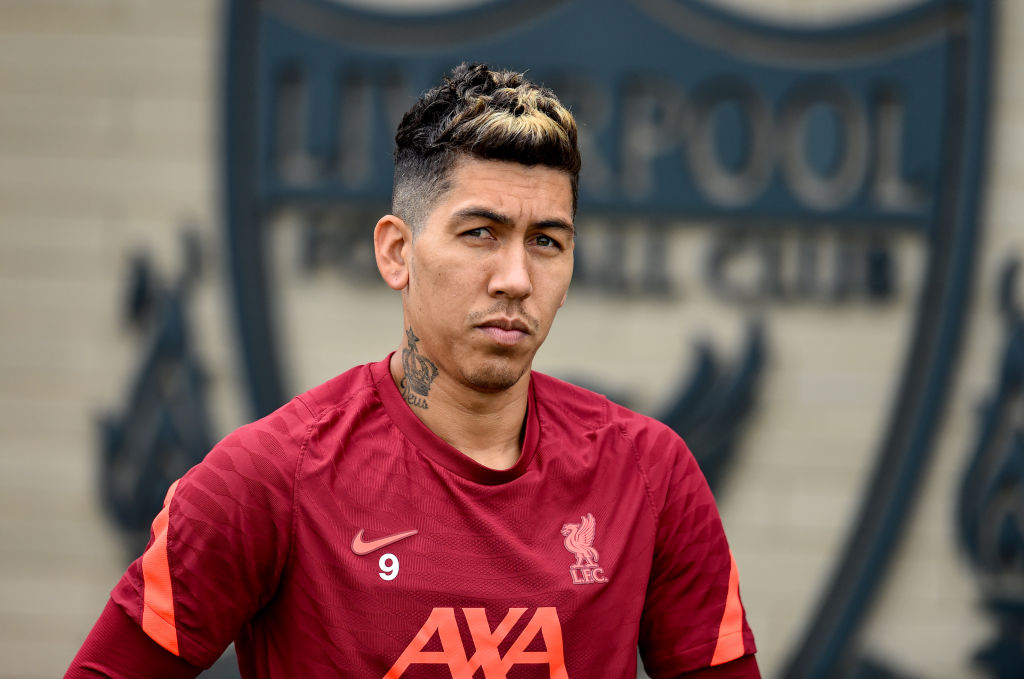 Liverpool head coach Jurgen Klopp has confirmed Roberto Firmino is ‘back in contention’ to face Brentford, but Naby Keita and Thiago Alcantara are set to miss Saturday’s Premier League clash.

Firmino last featured for the Merseyside giants in their 1-1 draw with Chelsea and has missed the side’s last four games due to a hamstring injury.

The Brazilian forward returned to training earlier this week and Klopp says he will ‘100 per cent’ make the trip for Liverpool’s Champions League clash with Porto next Tuesday.

However, Firmino, who has scored one goal this season, is still yet to work his way back to full match fitness and could still be left out at the Brentford Community Stadium this weekend.

‘Bobby trained already for two or three days, so he is back in contention, let me say it like this. We used him a little bit as a “joker” [in training],’ Klopp told Liverpool’s official website on Thursday.

‘But he will be in the normal training and then we have to make a decision if we take him with us or not.

Trent Alexander-Arnold and James Milner have both recovered from illness and are available again but the Reds will make a late call on Neco Williams, who has been struggling with an ankle problem.

Thiago, meanwhile, is sidelined with a calf issue and Keita looks likely to miss the trip to Brentford after aggravating a pre-existing foot injury in Liverpool’s Carabao Cup win over Norwich.

‘Trent was not injured, Trent was a little bit ill. He’s back in training, trained yesterday and will be fine,’ Klopp added.

‘Neco made [his] first steps the day before yesterday; yesterday a [recovery] day; will be in training today, if it’s 100 per cent, we will see how he can cope with it.

‘James was a similar thing to Trent, so he should be recovered. I saw him running around here, nobody told me differently – I assume he will be in training today.

‘Naby probably not. It’s not a serious thing but we have to wait until the pain settles, pretty much. We will see about that. Thiago, no chance.’

Second-placed Liverpool will look to apply further pressure on their title rivals with victory at the Brentford Community Stadium and Klopp’s players should be full of confidence after four straight wins in all competitions.

Newly-promoted Brentford find themselves in ninth place in the table and will be buoyed after beating Wolves away from home last weekend.