Richarlison put Carlo Ancelotti’s side in front after just three minutes, dispatching a glorious pass from James Rodriguez to give the ambitious visitors an early advantage.

A handful of superb stops from Everton keeper Jordan Pickford kept the champions at bay before Gylfi Sigurdsson wrapped up all three points from the spot after Trent Alexander-Arnold brought Dominic Calvert-Lewin down in the penalty box. 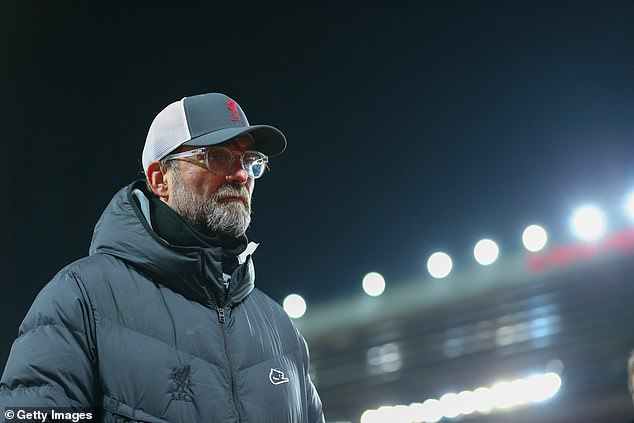 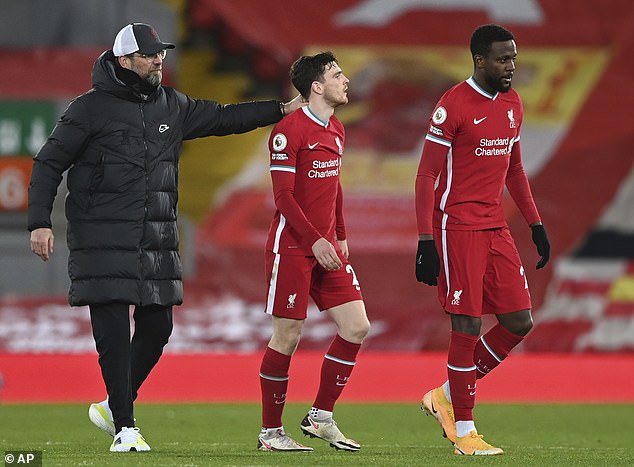 Chris Kavanagh’s decision to hand Everton a penalty has proved controversial, but the Toffees ran out deserved winners to pile more misery on the deflated champions who remain in sixth place.

And Klopp has reflected that his side lacked the necessary calmness to forge a way back into the contest as their star-studded attack were met with a resilient and ultimately impenetrable defence.

‘[It hurts] a lot but we conceded unnecessarily for the first,’ the Liverpool boss said. ‘It’s a big part of the game. We didn’t use the things we created and that is why we have this result. 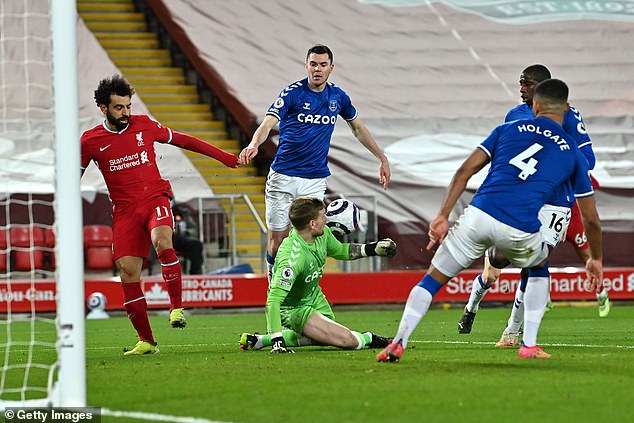 Met by a resilient Toffees defence, Liverpool’s star-studded attack could not breakthrough 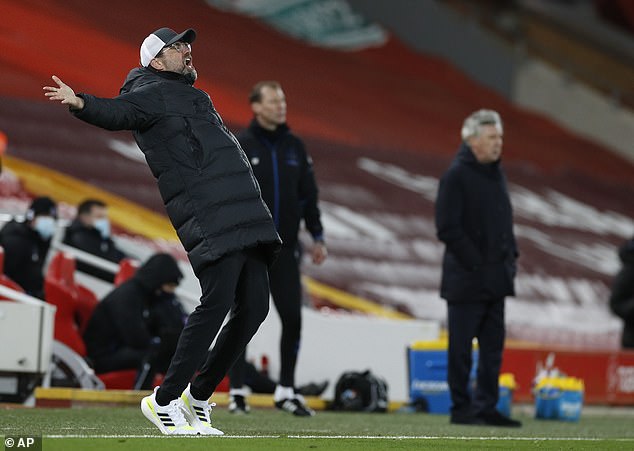 ‘We were not calm enough in these moments where we could’ve been calmer. Everton defended deep, with passion, man marking, but there were still moments where we were completely free in the box. That’s one thing we need criticism for.

‘Second half we changed formation a bit because we wanted to cause them more problems. Big chances in the box, Sadio twice with the head. Bobby twice in a promising position. Mo super football, being there. All these moments. But only the end, counter attacking chances that were clear. 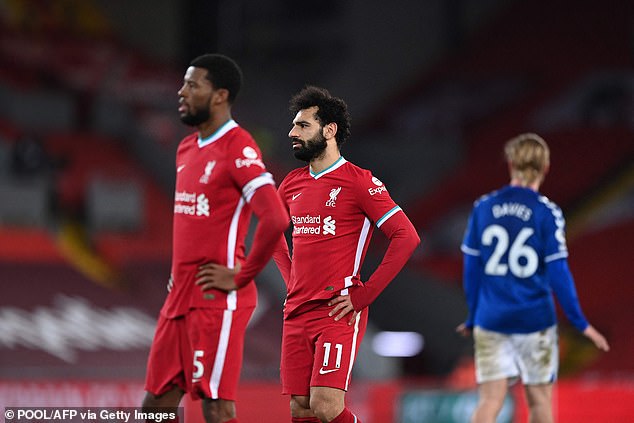 Klopp and Liverpool have been plagued by a host of injuries to key players throughout the season, with Virgil van Dijk, Joe Gomez, Diogo Jota and Fabinho all sidelined for Saturday’s game.

And the Reds were hit by another injury woe as captain Jordan Henderson was forced off in the first half with a knock. Klopp later confirmed that the skipper had picked up a groin injury.

Liverpool have a week to lick their wounds before returning to Premier League action, when they travel to basement boys Sheffield United with the hope of returning to winning ways in the top flight.