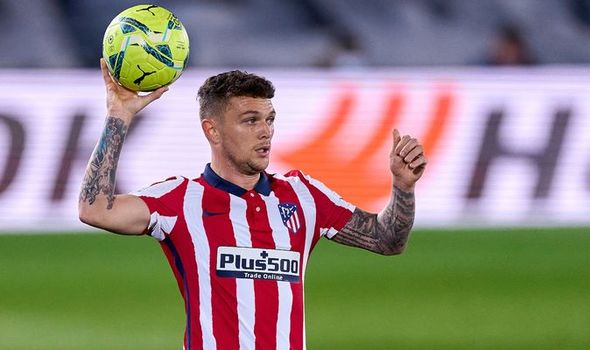 Kieran Trippier has been suspended for 10 weeks and fined £70,000 following misconduct in relation to breaches of The FA’s Betting Rules.  The Atletico Madrid and England ace denied seven alleged breaches of FA Rule E8(1)(b), which were said to occur during July 2019.

Trippier requested a personal hearing for the charges.

Four of the alleged breaches were proven and three dismissed during the hearing.

The independent regulatory commission’s written reasons will be available in due course.

The suspension, which includes all football and football-related activity, is effective worldwide from Wednesday, December 23 following an application to FIFA.

The ban means Trippier will not return to football until the beginning of March and will miss the Champions League clash with Chelsea for Atletico Madrid.

The right-back had also been linked with a January transfer to Manchester United.

Any interest the Red Devils did have will have been put to an end by the suspension with the England man unavailable.

Trippier moved from Tottenham to Atletico Madrid back in the summer of 2019.