English football’s prestigious award ceremony took place on Sunday evening to celebrate the 2020-21 campaign, in which City romped to the Premier League title.

Belgian maestro De Bruyne, 29, was at the heart of Pep Guardiola’s side’s success in the league, scoring six goals and providing 12 assists in 25 appearances and played an integral role in the Catalonian’s unusual false 9 system. 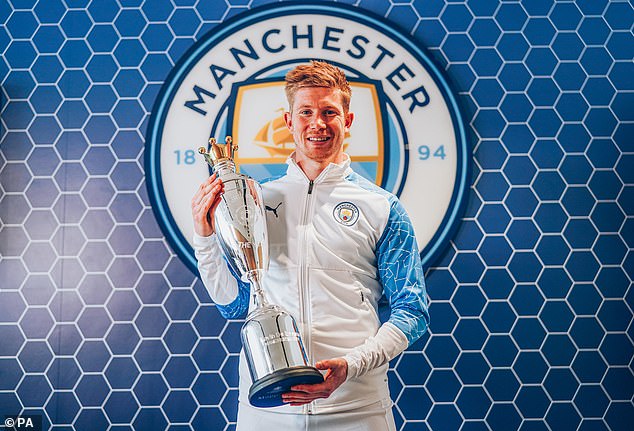 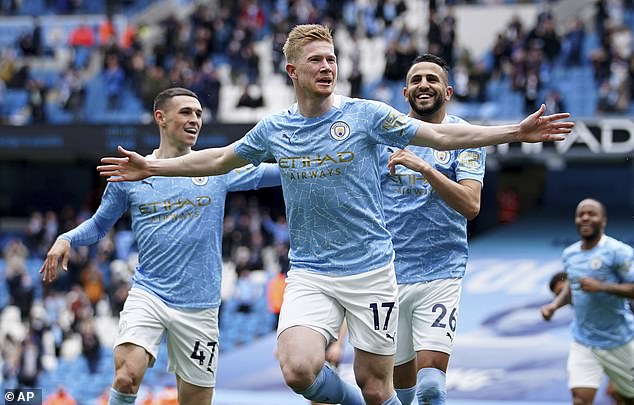 And the City star has pipped team-mates Ruben Dias, Ilkay Gundogan and Phil Foden, as well as Harry Kane and Bruno Fernandes to the illustrious prize.

De Bruyne’s triumph is the second time he has scooped the top gong, having won it in the 2019-20 campaign.

‘The fact that players choose me for this award means I have done really well,’ De Bruyne said in a video released by the PFA.

‘I am becoming more of a leader on the pitch, off the pitch. I am learning a lot about myself, about the way the team is run and it can only help me for the future,’ De Bruyne said in a video released by the PFA. 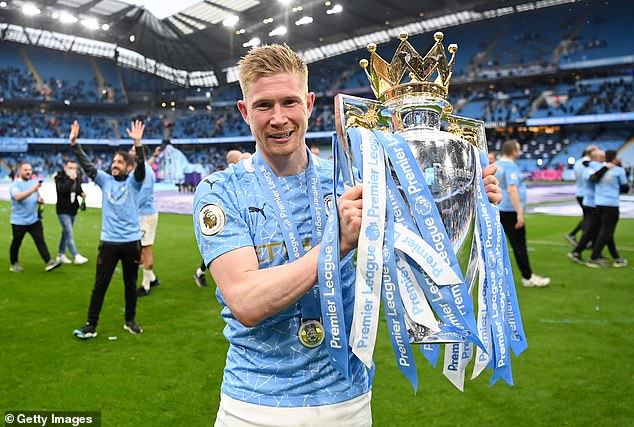 De Bruyne helped City to the league title, his third since joining the club from Wolfsburg

‘You want to win all the trophies with the team and then obviously if you win a trophy like this, this is probably the most important one as an individual trophy in the league.

‘To be voted by your competitors who you compete with every game, that says a lot. They are the people, in my view, who know the most about the game and they are trying to get to the best level.

‘When you have these things, you can show your kids and say, “Look, this is what daddy did when he was younger”.’ 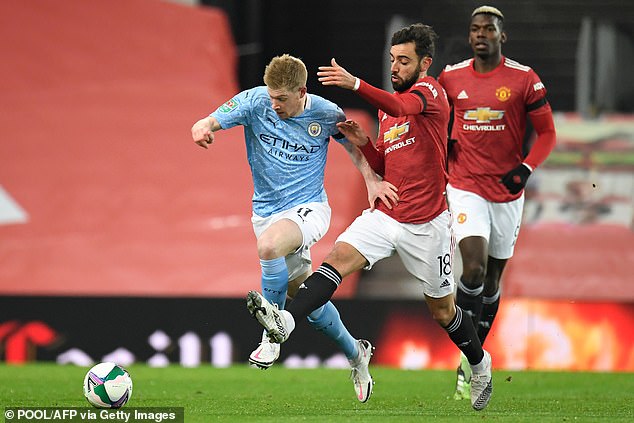