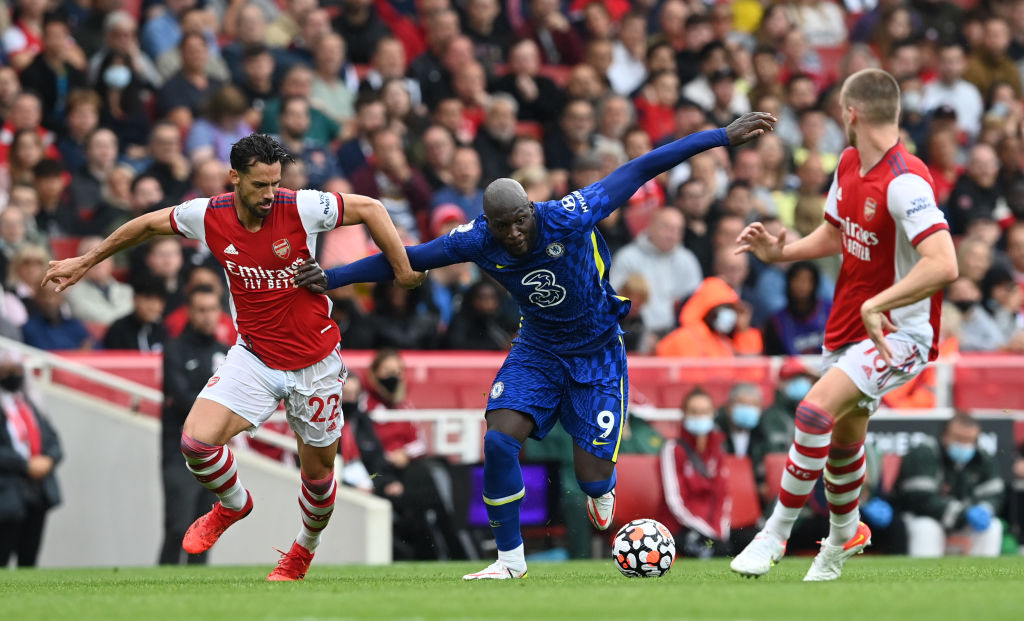 Martin Keown has accused Arsenal of getting their tactics all wrong against Romelu Lukaku and believes the manner of Chelsea’s 2-0 victory at the Emirates illustrates the ‘massive gap’ that now exists between the two clubs.

Lukaku had a dream second debut for the Blues, scoring just 15 minutes into Sunday’s one-sided London derby and coming away with the man-of-the-match award after Reece James doubled the visitors’ lead to wrap up a comfortable win.

Pablo Mari and Rob Holding struggled to cope with Chelsea’s record £97.5million signing – after Ben White tested positive for Covid-19 and was ruled out of the clash – and the defeat means Arsenal are still yet to pick up a point in the Premier League.

Thomas Tuchel’s men, meanwhile, went top with the result and will hope to tighten their grip at the summit when they travel to Liverpool in what promises to be a mouthwatering contest at Anfield next weekend.

Analysing the game with ex-Arsenal team-mate Tony Adams on Premier League Productions, Keown said he felt the Gunners made life ‘too comfortable’ for Lukaku by allowing him to dictate play across the 90 minutes.

‘What I would have done is, you’ve got to give him a big hit occasionally. But you don’t do it from a couple of feet away where he can feel you,’ the former Arsenal and England centre-half said.

‘You come in ten feet into a challenge and he thinks, “Christ, what’s just hit me?!”, let him think about things. And occasionally when he’s trying to back into you then you say, “You know what, let’s push forward ten yards”, and he’s got to sort out a new picture.

‘It was too comfortable for him and he was dictating too much to that Arsenal defence today.’

Keown added: ‘These are all little things that we knew well because we were well versed, under George Graham we worked for hours, shuffling across and not overcommitting but at times it was about territory and where we’re standing on the pitch and we didn’t really want our midfield too far away from us.

‘The more work they [the midfield] did, the less work we did. It’s almost like having a screen there, blocking passes in. You’ve got to use those players to the best of your ability in front of you to make you look good and strong.

‘The team then benefits from that and at the moment we’ve lost a little bit there.’

Arsenal next take on West Brom in the EFL Cup before returning to Premier League action to face champions Manchester City and Keown hopes Mikel Arteta reverts to a back-five after the major disappointment of Sunday.

‘I think we should go to a five. It’s an easy thing to say, we’re not on the training pitch,’ he went on.

‘I sympathise with the manager because players are missing but still there’s enough in that group to have done better than they did today.

‘Chelsea have got other gears to go into, they were purring around that pitch and never really were tested. They just did enough in the second half and I think there’s a massive gap now between the two clubs.’