‘Eric wanted to go sort out the cop… he insisted he’d ‘kill that f*****”: Cantona had to be restrained by Sir Alex Ferguson and Manchester United squad when he was punched in the head by a police officer after draw against Galatasaray, claims Roy Keane

Roy Keane has revealed how Eric Cantona went crazy and said he was was going to kill ‘that f****r’ after he was hit over the head by a police officer during Manchester United’s infamous Champions League encounter at Galatasaray in 1993.

The Frenchman was sent off in the closing seconds for insulting Swiss referee Kurt Röthlisberger as the Red Devils were held to a goalless draw and went out on away goals following a 3-3 draw at Old Trafford.

Cantona was then knocked down the steps to the tunnel by a policeman as ‘all hell broke loose’ and Bryan Robson’s elbow was gashed by a riot shield and he required six stitches. 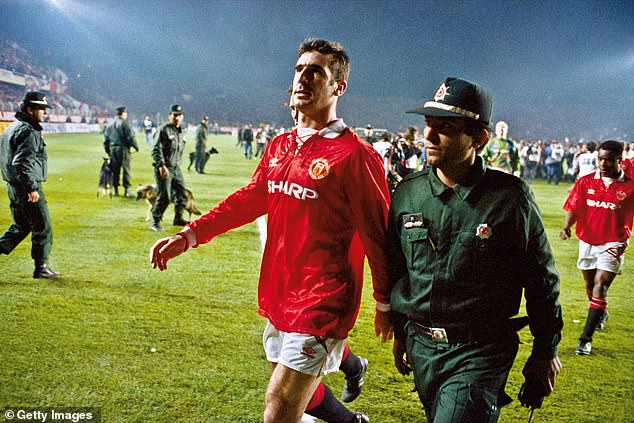 Midfielder Roy Keane recalled in the new book King Eric: Portrait of the Artist who changed English football and serialised in the Daily Mirror: ‘In the dressing room Eric went crazy. He was determined to go back outside to sort out the rogue cop who’d been wielding his truncheon.

‘It took the combined efforts of the manager, (assistant) Brian Kidd and a few of the players to restrain him. 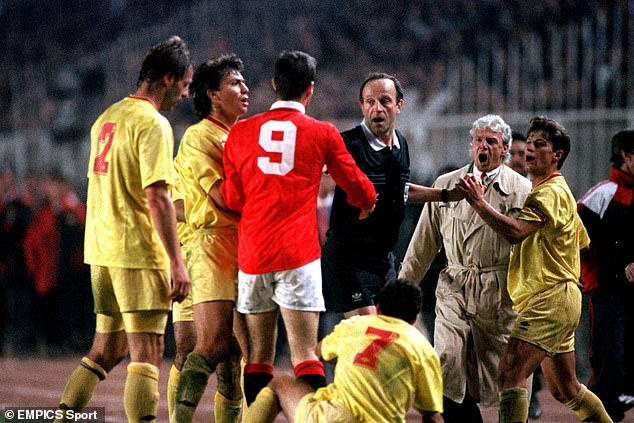 ‘Normally I wouldn’t have backed off a fight but even I wasn’t up for this one. There were a lot of Turks out there!’

The players were ordered to shower two at a time so Cantona would not be left alone in the dressing room.

Then he was led to the bus , which was bricked on the way back to the hotel; one shattered a window where Bruce had been resting his head. “If it had smashed through I’d have been dead,” he said. “That would have just about summed it up.” 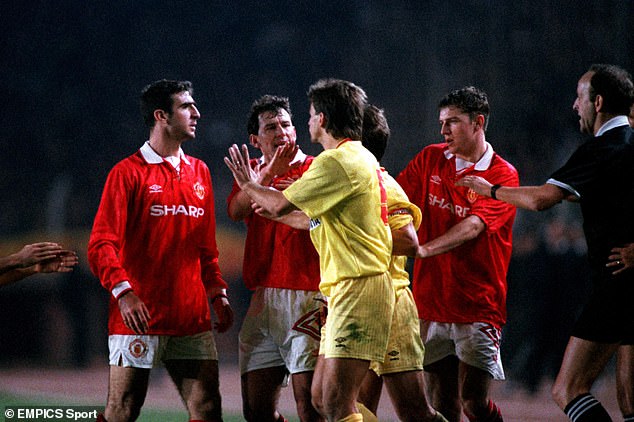 Later Ferguson said United were ‘exposed … to as much hostility and harassment as I have ever known on a football expedition.’

In his autobiography, Gary Pallister added: ‘It was a terrifying business which had nothing to do with sport, and can be categorised objectively as an absolute disgrace.’