Kai Havertz is looking increasingly likely to leave Bayer Leverkusen for Chelsea this transfer window. The Germany international is Frank Lampard’s top target as he looks to win the Premier League title next season. Express Sport takes a closer look at the potential deal.

Bayer Leverkusen are holding out for £90million in order to part ways with Havertz, who propelled them into the Europa League with some fine performances in Germany this season.

But Chelsea are hoping to strike an agreement for closer to £80m instead.

The Blues have already spent big on Timo Werner and Hakim Ziyech, who have moved from RB Leipzig and Ajax respectively.

And they believe that, by paying £80m and then more in the way of add-ons, they can land their man this summer.

Chelsea currently have a free path to Havertz, too, with rivals Manchester United, Real Madrid and Bayern Munich all dropping out of the transfer race. 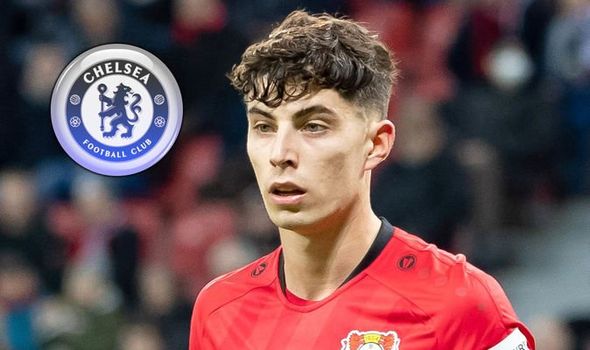 As things stand, it’s unknown what number Havertz will wear at Chelsea.

He could take the No 10 shirt from Willian, who is expected to join Arsenal after the weekend’s FA Cup final showdown between the two teams.

The No 11 is also an option, although that’s likely to go to Werner.

Chelsea may sell Ross Barkley this summer and that would allow Havertz to wear the No 8 shirt made famous by Lampard himself throughout his playing days at Stamford Bridge.

And No 29 is another potential jersey, although it’s currently occupied by defender Fikayo Tomori. 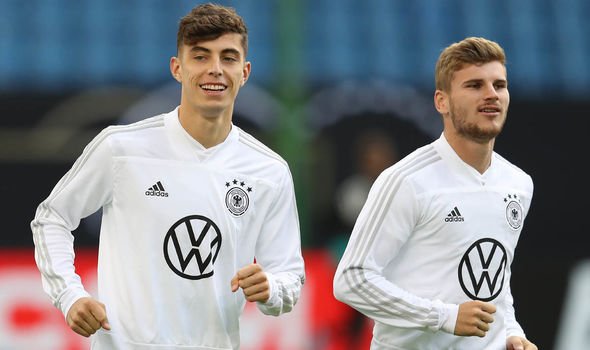 Should Chelsea sign Havertz, he plans to use the Leverkusen star in the No 10 role.

After all, that’s where the Germany international flourished for his club in the Bundesliga this season – scoring 12 goals and registering seven assists.

He’d have Werner ahead of him, with the 24-year-old posed to replace Lampard at the tip of the Chelsea attack.

And Christian Pulisic and Ziyech are primed to be deployed either side of the Leverkusen star.

That would give Chelsea one of the strongest attacks in the Premier League and boost their hopes of title glory in the process.

As well as Havertz, Chelsea are looking to sign a new goalkeeper in this summer’s transfer window.

Keep Arrizabalaga doesn’t cut it for Lampard, while Willy Caballero is approaching the twilight years of his career.

Dean Henderson, Jan Oblak and Marc-Andre Ter Stegen have all been linked amid their impressive performances for Sheffield United, Atletico Madrid and Barcelona.

And if Ben Chilwell is too expensive they’re set to go after Ajax’s Nicolas Tagliafico instead.