The Argentine pounced on a careless pass from Juve midfielder Arthur Melo to fire in the decisive goal after 69 minutes, and the toothless hosts failed to find a way past goalkeeper Lorenzo Montipo.

Benevento’s survival hopes were boosted as they moved seven points clear of the relegation zone in 16th position. 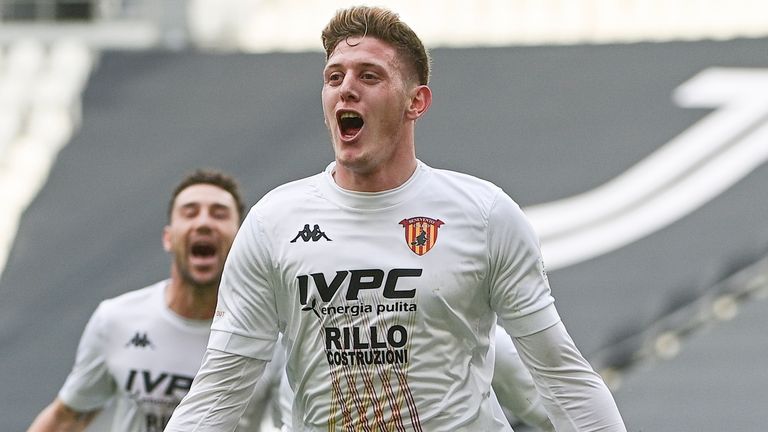 Andrea Pirlo’s Juve were unbeaten in their previous five league games but he could not prevail over his former AC Milan team-mate Filippo Inzaghi in the opposing dugout, despite the hosts mustering nine shots on target to Benevento’s one.

Juve started on the front foot as Cristiano Ronaldo flashed a shot wide and Montipo denied Alvaro Morata with a diving save.

The referee awarded Juve a penalty for handball but overturned the decision following a VAR review, and Ronaldo found the net only to be denied by the offside flag.

The Portuguese striker, who scored a hat-trick against Cagliari in his last game, was hungry for a goal and stung Montipo’s palms before volleying an effort narrowly wide on the turn. 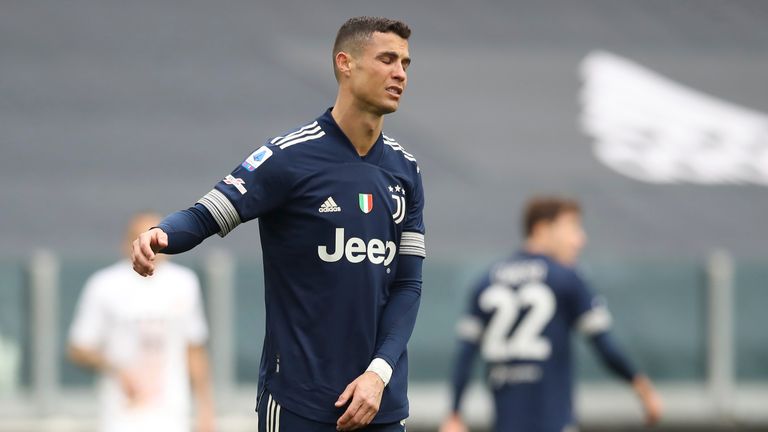 But a catastrophic mistake from Arthur gifted the patient visitors the lead, as the Brazilian’s slack pass across his own penalty box was intercepted by Gaich, who finished into the bottom corner.

Ronaldo was Juve’s biggest threat as they pushed for a late equaliser, but he could not beat Montipo. The goalkeeper stuck out a leg to deny one effort before parrying another which fell into the path of Danilo but the defender blasted the rebound over.

Meanwhile, Zlatan Ibrahimovic marked his return to the AC Milan starting line-up with a goal in a thrilling 3-2 win at Fiorentina, narrowing the gap to Serie A leaders Inter to six points.

The strike made him the oldest player to score 15 goals in a Serie A season, at 39 years and 169 days, and sounded the starting gun to a frantic encounter in Florence. The Swede needed only nine minutes to fire home the opener after springing the offside trap in his first league appearance since picking up a muscle injury against AS Roma on February 28.

Erick Pulgar and Franck Ribery struck either side of the break to put the hosts in front, but goals from Brahim Diaz and Hakan Calhanoglu swung the contest back in Milan’s favour.

Elsewhere, Atalanta drew level with Juve on 55 points and strengthened their grip on fourth place with a 2-0 win at Hellas Verona thanks to a Ruslan Malinovskyi penalty and a Duvan Zapata strike in the first half.

Adam Marusic’s curling strike earned Lazio a 1-0 win at Udinese to put the seventh-placed Romans one point behind AS Roma and Napoli, while Antonio Candreva struck the winner as midtable Sampdoria defeated 17th-placed Torino 1-0 in Genoa. La Liga leaders Atletico Madrid earned a vital 1-0 victory at home to Alaves in La Liga on Sunday thanks to a heroic late penalty save from goalkeeper Jan Oblak.

Atletico went ahead in the 54th minute when Luis Suarez headed home a Kieran Trippier cross but Diego Simeone’s side were happy to try to defend their lead and almost paid a heavy price when Stefan Savic was penalised for barging Luis Rioja.

Alaves were awarded a spot-kick in the 86th minute but Oblak threw himself across goal to turn away Joselu’s shot with his left hand and preserve his side’s lead.

Atletico lead the standings on 66 points with 10 games left, sitting six clear of second-placed Real Madrid and seven ahead of third-placed Barcelona, who are in action against Real Sociedad later on Sunday.

Ligue 1 leaders Lille suffered a 2-1 home defeat against lowly Nimes on Sunday as their title campaign continued to stutter.

Xeka cancelled out Moussa Kone’s early opener for the visitors but Renaud Ripart gave Nimes all three points and left Lille on 63 points from 30 games.

Christophe Galtier’s side will be knocked off top spot if Olympique Lyonnais and champions Paris St Germain, who face each other later on Sunday and are both on 60 points, do not draw.

Lille, who have won only two of their last six league games, were caught off guard early as Kone curled a superb 20-metre shot into the top corner to put the visitors ahead on 12 minutes.

It did not take Lille long to react. In the 20th minute, Xena equalised with a downward header from Jonathan Bamba’s corner.

Nimes, however, restored their advantage just before the break, with Ripart chipping the ball past Mike Maignan after being played through by Zinedine Ferhat.

Lille had two goals, by Burak Yilmaz and Xeka, disallowed as they pushed for a late leveller. Hertha Berlin boosted their hopes of avoiding relegation from the Bundesliga after an impressive 3-0 home win over sixth-placed Bayer Leverkusen on Sunday.

Hertha moved up three places to 14th on 24 points from 26 games, one more than 16th-placed Cologne who occupy the relegation playoff spot and two ahead of 17th-placed Arminia Bielefeld.

Basement team Schalke have 10 points and only a mathematical chance of staying up.

Dutch midfielder Deyovaisio Zeefuik fired the home side ahead in the fourth minute with his first goal for Hertha when he curled in a delightful first-time shot off the post from the edge of the area.

Playmaker Matheus Cunha made it 2-0 when he drove a firm low shot into the far corner after the day’s second assist by Dodi Lukebakio, who tormented the visiting defence all afternoon.

Another darting Hertha raid in the 33rd minute allowed Jhon Cordoba to add the third as Bayer’s defenders failed to clear the danger and the Colombian striker pounced from close range.

Visiting keeper Lennart Grill pulled off four superb saves early in the second half as Hertha kept pressing, with Lukebakio having a goal disallowed after a VAR check for handball in the build-up.

Earlier on Sunday, Mainz also made a step towards top-flight survival with a 2-1 win at Hoffenheim to climb to 15th on 24 points, behind Hertha on goal difference.

Robert Glatzel and Dominik Kohr struck for Mainz either side of Ihlas Bebou’s equaliser in an action-packed first half, the result leaving Hoffenheim 11th on 30 points.

Later on Sunday, Freiburg beat Augsburg 2-0 in the last game before the two-week international break.