Juventus stars made their long-awaited return to the training pitch on Tuesday as Maurizio Sarri make preparations to complete the Serie A season.

Giorgio Chiellini, Aaron Ramsey and Leonardo Bonucci were among the top players arriving at their complex as the squad emerge from weeks of isolation over the coronavirus following the top flight’s suspension in March.

Serie A clubs were given the thumbs up to head back to training from the start of this week, but there is still no guarantee of the domestic campaign actually resuming as the Italian government attempts to tackle the disease and prevent cases soaring. 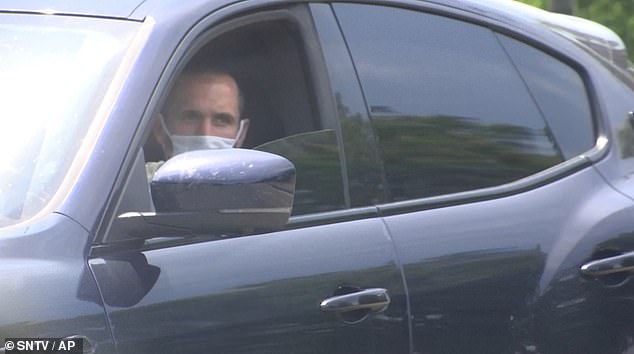 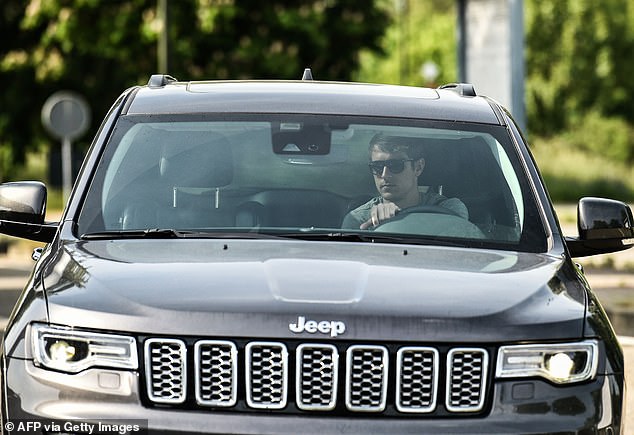 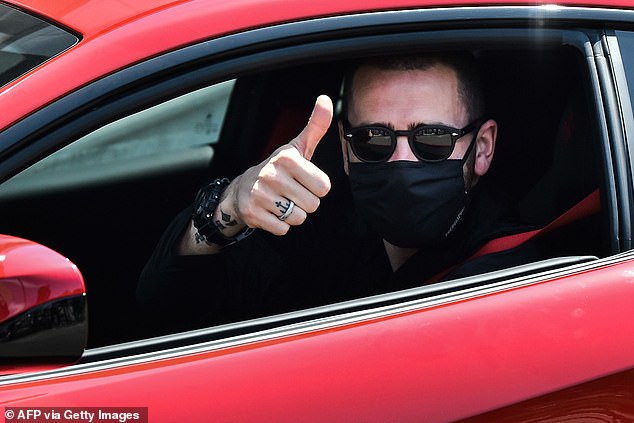 While the fate of the season is still up in the air, Juventus are now looking to get the players up to scratch after being forced to monitor their progress remotely as they kept up their fitness levels at home.

Centre back Giorgio Chiellini was the first player spotted driving in, wearing a face mask, with former Arsenal midfielder Aaron Ramsey seen shortly after in his Jeep with sunglasses on.

Bonucci also wore facial protection as he turned up wearing sunglasses. The 33-year-old gave a thumbs up to reporters looking for a first glimpse of Juventus players in weeks. 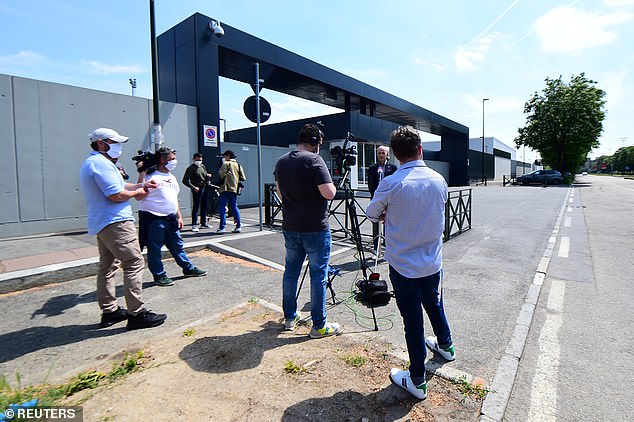 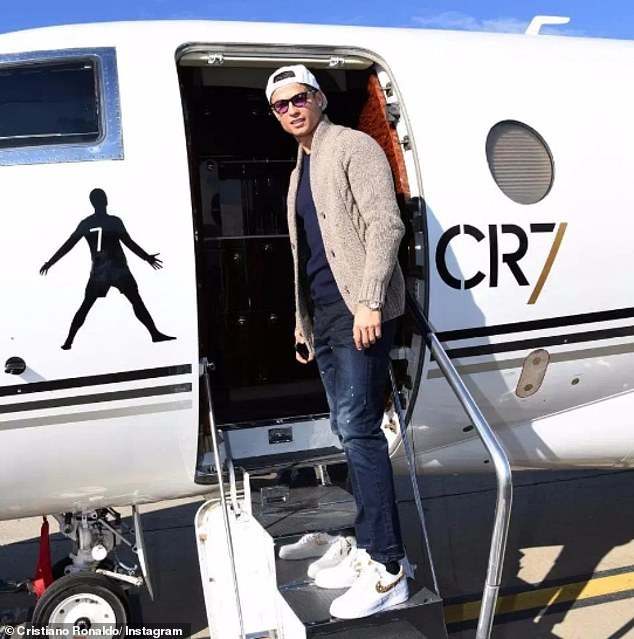 Players are set to follow a number of European clubs in training individually to reduce the possible spread of the coronavirus before starting group sessions at a later date.

Earlier in the day Cristiano Ronaldo was seen arriving back in the city after spending time in isolating with his family in Madeira during the outbreak.

The Portuguese superstar will have to spend 14 days in quarantine before he can regroup with the squad – in line with Italy’s regulations. 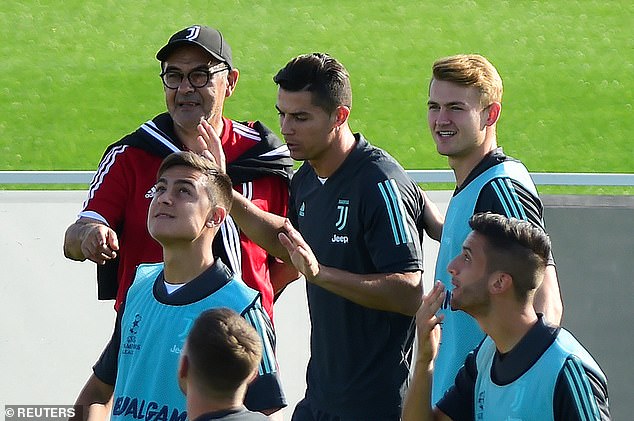 Maurizio Sarri, top left, will be relieved to be able to watch over his top players once again

His journey back to Turin was hit by a setback after his £30million G650 Gulfstream jet was banned from taking off over coronavirus restrictions. It delayed his arrival by a day as he headed back to his Italian home in a convoy of cars.

It followed rising tensions over plans to resume the footballs season in Italy, which currently has more than 210,000 infections and nearly 30,000 fatalities.

Lazio sporting director Igli Tare claimed the country’s government could not stop the campaign from restarting, insisting it was ‘not their field’.

‘I heard that a legal order to block the championship may come this week,’ he told Sky Sport Italia. 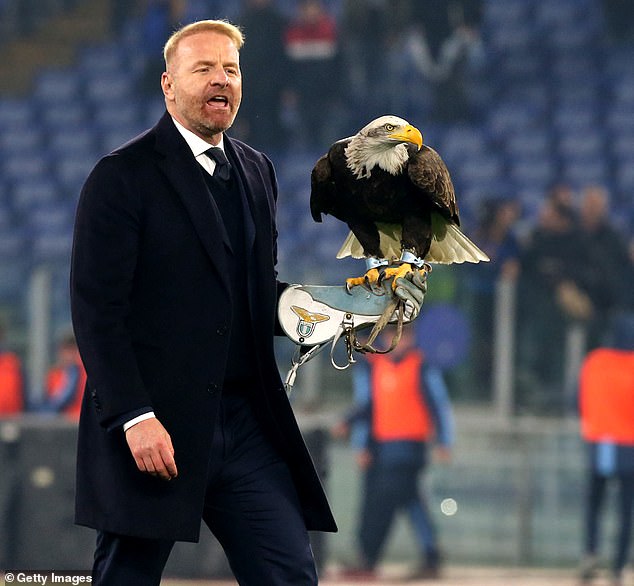 ‘But that’s not their field. FIFA and UEFA have expressed themselves clearly and said that the championships must be concluded. We can also resume in June and conclude between August and September, taking advantage of the fact that the 2022 World Cup will be held during winter.

‘To finish the current season will also serve as an experience to start the next one. Before the resumption we will have to do the antibody tests.

‘For us, we must give a strong signal to the system of Italian football.’

Tare added that Lazio players celebrated when news emerged that Serie A teams would be allowed to return to training this week, even though sport in Italy remains banned until May 18, with the government yet to provide a solid date for matches to resume.