‘If I’d known how good this club is, how much we mean to each other, I’d have come here much earlier’: Jurgen Klopp hails ‘special’ Liverpool after coming from behind to beat Leicester in the Carabao Cup on penalties

Jurgen Klopp has stated he would have wanted to come to Liverpool ‘much earlier’ if he knew what the club would mean to him.

It was another special night at Anfield as a weakened Liverpool team came from behind to beat a strong Leicester side on penalties.

The Reds were 3-1 down at half-time, before goals from Diogo Jota and a stoppage-time equaliser from Takumi Minamino sent the game into a penalty shootout. 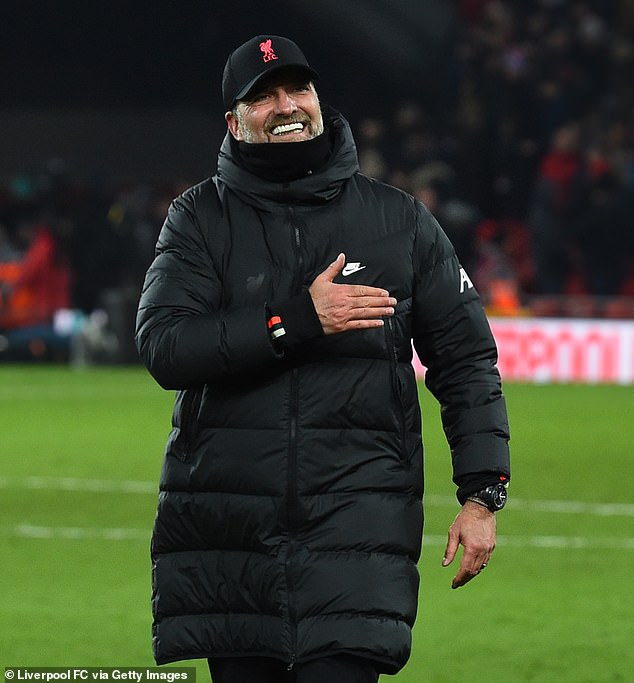 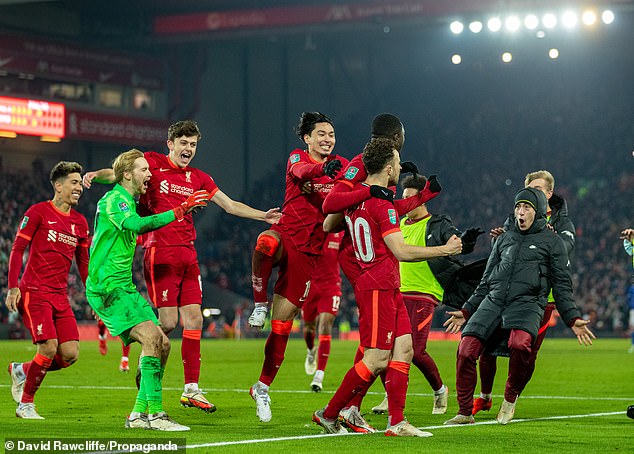 Caoimhin Kelleher saved two penalty kicks before Jota sent Liverpool into the semi-finals where they will meet Arsenal.

Asked about the fans by Viaplay Fotball after the game, Klopp responded: ‘I don’t know exactly a percentage how much we mean in comparison to other things in their life but it’s a big one and yes we feel that responsibility

‘We feel much more the push we get from that. This club is so special, everything what we do is so important, sometimes it’s not easy.

‘We see it really as an opportunity, as an advantage that people are so much behind us and I love it so much. It’s unbelievable.

‘Honestly, if I would have known how good this club is, how much we mean to each other, yeah, I would have wanted to be here much earlier but it’s absolutely outstanding.’ 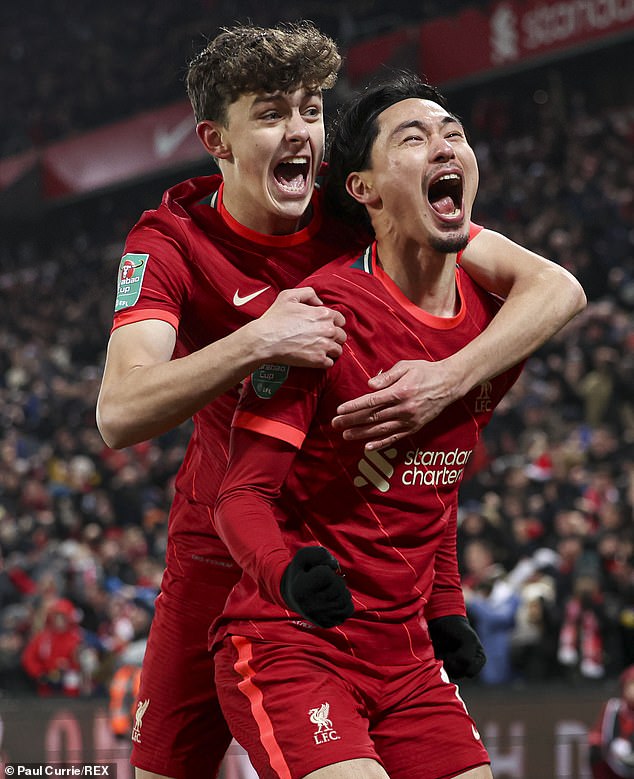 Klopp joined Liverpool in 2015 and has enjoyed much success guiding the club to the Champions League, then their first Premier League trophy a year later.

His words will be music to the ears of Liverpool fans who will hope their manager stays as long as possible.

The German is currently contracted at the club until 2024.

Liverpool left themselves with a big challenge at half-time thanks to Jamie Vardy’s brace and James Maddison’s stunning long range effort.

Alex Oxlade-Chamberlain’s goal kept Liverpool in the game and they brought on James Milner, Jota and Ibrahima Konate after the break which helped sway the game into their favour.

Klopp said:  ‘I was really happy when it was half-time and it was only 3-1 because I knew we had a chance. That’s exactly how we approached half-time talk, there’s a big chance here tonight.

‘The goals were because we made big mistakes. But if we don’t do these mistakes anymore I don’t see how they were going to score a goal and that means it gives us a good chance to score because of the quality we have and how we just threw everything on the pitch is outstanding.’ 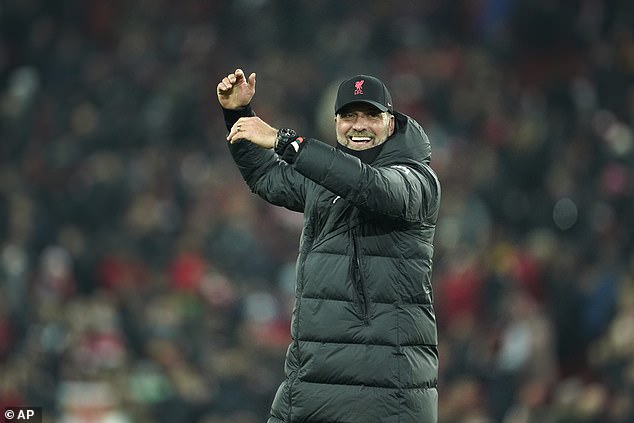 Liverpool next play Leeds on Boxing Day before they play Leicester again at the King Power on the 28th.

Asked how they will prepare for those two games, Klopp responded: ‘We don’t train really, we recover and have a minus one session where we try and set up the team for the next opponent with specific needs.

‘The problem is and will always be, there’s no reason for it really. I have no problem with all the Christmas and the Boxing Day is a wonderful game – nobody wants to delete that and cancel that.

‘It’s just 26th and 28th, it’s absolutely impossible and it’s a joke that they still do it because there’s no problem to play 26th and 29th.

‘If the 28th is not a match day then who cares? People have enough to do between Christmas and New Year, see the family, stuff like this.

‘Playing the 26th and 29th is great, it’s still the shortest of all possible breaks but it’s fine. The 26th and 28th is just not right and we will say that all the time.

‘It’s really dangerous for the players, it is and that’s what you have a squad for but everybody expects from us to win.

‘There’s maybe two teams if everyone’s fit but Chelsea in this moment is not the case as well. City, they might have the squad for playing two games, 11 players and go through the Premier League. The other teams can’t do that and it’s really tricky.

‘That’s the problem but tonight I couldn’t care less. It’s how it is, these boys, I loved them before but I fell again in love. It’s just incredible.’