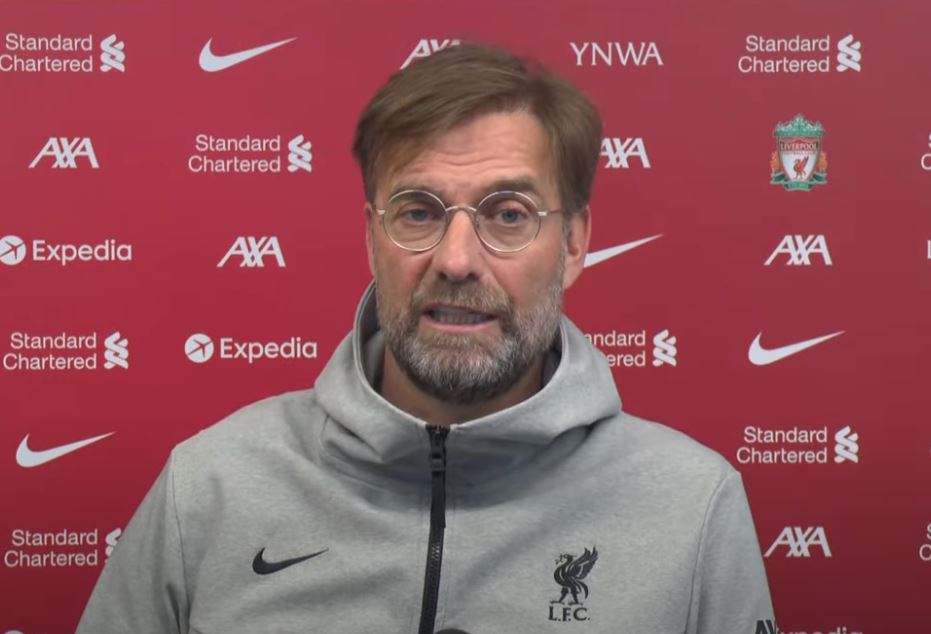 Jurgen Klopp has defended Sadio Mane after he was snubbed by the Senegalese forward in the immediate aftermath of Liverpool’s victory over Manchester United on Thursday evening.

Mane started the game on the bench as Liverpool ran out 4-2 winners at Old Trafford following a double from Roberto Firmino plus goals from Diogo Jota and Mohamed Salah.

Klopp brought Mane on with 16 minutes remaining but as the teams made their way back to the tunnel after the final whistle, Mane refused the offer of a handshake from the Liverpool manager.

Mane has been heavily criticised for showing a lack of respect towards his manager, but Klopp is keen to play down the incident.

‘The thing is, if somebody shows me respect five million times and one time he doesn’t, what is more important?’ Klopp said on Friday.

‘The world is in a situation where it makes that one time bigger than necessary. That’s unfortunately the case.

‘I hope for you that your boss will not forget, if you don’t show him respect one time that he then does not forget the other stuff.

‘Even when I speak now about that already I can see the headlines you are making out of it.

‘But that’s not the case, I’m completely relaxed about it. If you had seen me as a player, what I did out of emotion it was insane, and I’m a completely normal guy.

‘We’ll talk about it and it’ll be sorted, that’s all.’

Asked if he apologised, Klopp replied: ‘You have a really nice job, that’s the thing you are most interested in.

‘Football is an emotional game, and everybody expects us to control our emotions always and it doesn’t always work out, that’s the case.

‘It happened to me as a player, it happened to other players when I was their coach, we’ve so far had no real chance to talk about it but we will and there will be nothing left, everything will be fine.

‘These things happen, it’s not the first time in my life and I’m afraid to say it won’t be the last time.’