Liverpool boss Jurgen Klopp has called up eight wonderkids this week as he grapples with an injury crisis ahead of this weekend’s Premier League clash against Leicester City. The Reds boss could be without eight first-team players for Sunday’s visit of the league leaders.

And with most of his senior stars away on international duty, Klopp took a closer look at some of the academy’s rising stars this week as he looks for solutions to help combat a growing injury list.

Liverpool’s defence is Klopp’s biggest worry ahead as his side head into a hectic schedule of Premier League and Champions League fixtures leading up to the busy Christmas period.

Joe Gomez has joined Virgil van Dijk on the long-term injury list with both centre-backs having suffered knee injuries, while Trent Alexander-Arnold is currently sidelined by a calf problem.

Andy Robertson suffered a hamstring injury while on international duty with Scotland, although he played 90 minutes in his country’s 1-0 defeat to Israel on Wednesday. 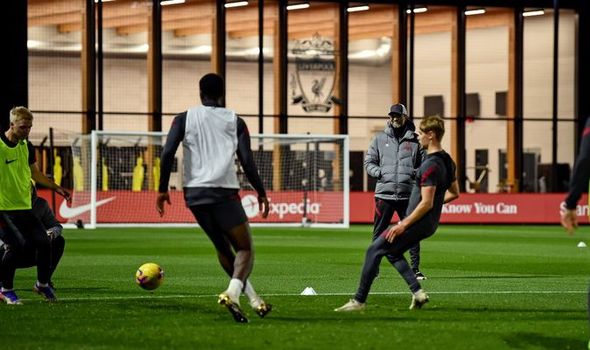 And on Tuesday night, young defender Rhys Williams was left out of the England Under-21s squad to face Albania due to a hip problem.

Midfielder Jordan Henderson faces a race to be fit for Sunday’s clash against Leicester after returning from England duty with a muscle problem, while Fabinho, Thiago Alcantara and Alex Oxlade-Chamberlain are also recovering from injuries.

And Mohamed Salah is expected to miss at least the next three games for the Reds after returning a second positive coronavirus test on Wednesday.

So Klopp made the most of his chance to look at some of Liverpool’s up-and-coming youngsters this week as his players settled into the club’s new £50million state-of-the-art training facility. 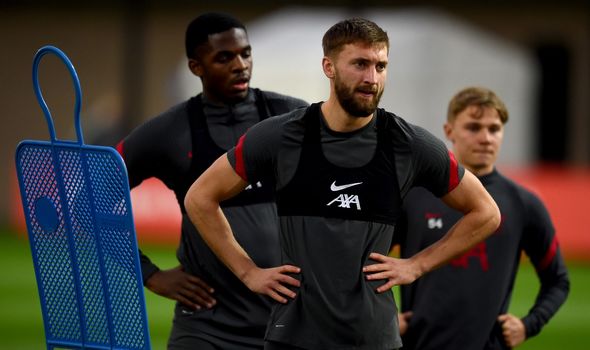 Among them was 18-year-old centre-back Billy Koumetio, who could well find himself fast-tracked into the first-team set-up at some point given Liverpool’s selection issues in defence.

And attacking players Paul Glatzel and Luis Longstaff, who may sense an opportunity during Salah’s absence, completed the group of eight youngsters.

The youngsters will be hoping to follow in the footsteps of players like Neco Williams, Nat Phillips and Curtis Jones, who are likely to get opportunities to make their mark on the first team in the coming weeks. 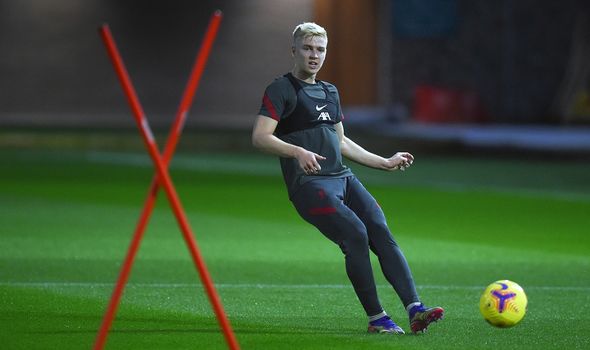 Williams is expected to fill in at right-back during Alexander-Arnold’s absence, while Phillips is on standby for action as injury-prone Joel Matip is currently Liverpool’s only fit, senior centre-back.

And midfielder Jones will no doubt be involved at some point as Henderson, Fabinho and Thiago work their way back to fitness.

In Salah’s absence, Diogo Jota is likely to be handed further chances to impress, with the summer signing having scored seven goals in nine Premier League and Champions League games for Liverpool since joining from Wolves in September.