Jurgen Klopp has slammed referee Felix Brych for his officiating during Liverpool’s wretched defeat at Real Madrid in the Champions League.

The Reds have it all to do to keep their European dream alive after falling to a 3-1 loss in the Spanish capital following a brace from Vinicius Junior and a goal from Marco Asensio.

And following the final whistle, a furious Klopp accused his German compatriot Brych of making ‘personal decisions’ against his forward Sadio Mane. 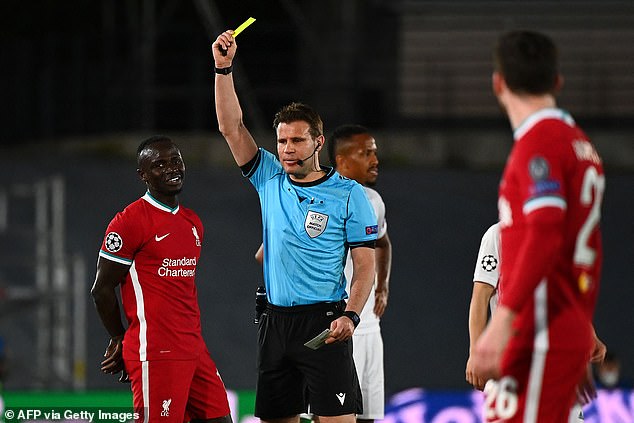 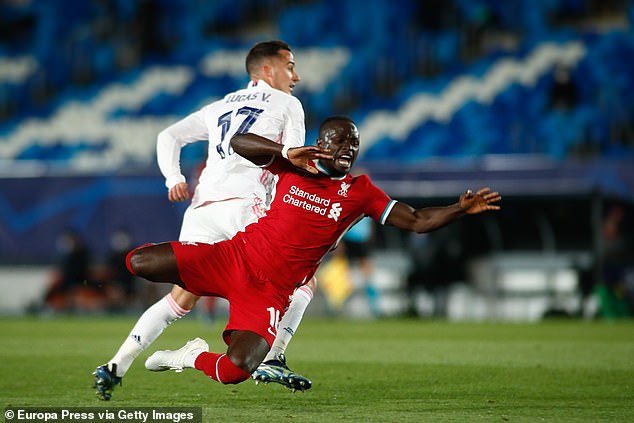 Klopp was particularly frustrated after Mane appeared to be hauled down near Madrid’s penalty area by Lucas Vazquez, who was the last man, only for the referee to wave play on.

And just 27 seconds later, Madrid went 2-0 up on the night through Asensio, who kept his composure to chip the ball over Alisson and put it into an empty Liverpool goal.

‘The situation with Sadio, I’m not sure what the ref did tonight,’ a livid Klopp said. ‘It seemed like it was sort of personal.

‘I told him after the game, I just thought he was unfair with Sadio. He didn’t lose us the game but you need just an OK ref.’ 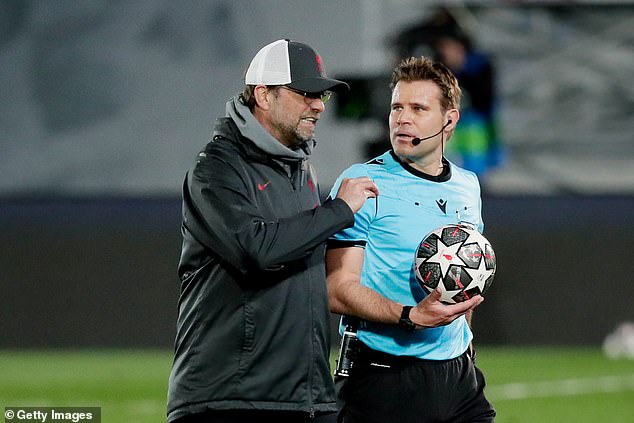 And another moment late on in the second half also left Klopp and Liverpool furious when Mane appeared to have been fouled on the edge of Madrid’s box only for the referee to ignore that too.

But while Klopp bemoaned the German referee’s performance, he also took aim at his own side’s display in the Spanish capital.

‘If we want to go to the semi-finals we have to earn the right to do so and we didn’t do that, especially in the first half,’ Klopp said after the final whistle.

‘The only good thing I can say about the game, apart from the goal, is that it is only the first half of the leg. We just didn’t play good enough football tonight to cause Real Madrid more problems.

‘I thought it would have been possible but we have to show it in the next game. We made it too easy for them.’ 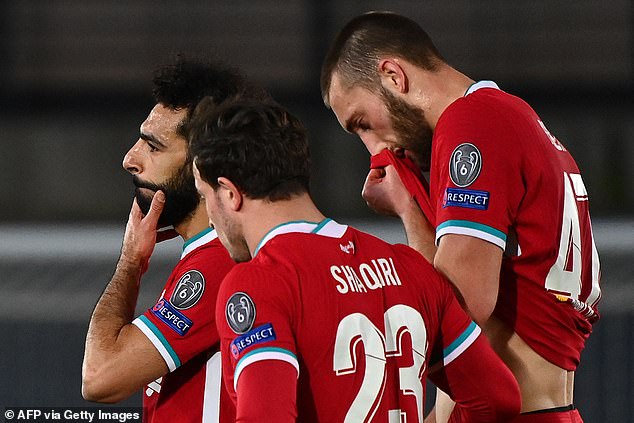 Klopp added: ‘I’m not happy of how we played in possession. We pressed them really well, they play long but then they beat us to second ball.

‘We have to create more and play better. We didn’t deserve a lot more tonight. The away goal gives us a life line.’

Meanwhile, Peter Crouch said he believes Liverpool should feel hard done by after Mane wasn’t given a free-kick in the build-up to Asensio’s goal.

‘He has no eyes on the ball, it’s a foul on any point on the pitch. You can see why Wijnaldum went to the ref.’

Liverpool now head into the second leg at home next Wednesday having to score at least twice and hoping Madrid do not net to stand any chance of progressing to the Champions League semi-finals.