From delivering essentials to locals and living away from the family to training Tottenham stars (and their kids!) on Zoom, Jose Mourinho reveals what life is like for a manager in lockdown

Despite being stuck inside due to the lockdown, Tottenham players are still being put to the test by manager Jose Mourinho in training sessions conducted over Zoom.

Mourinho showcased his new daily routine to Sky Sports, which began by delivering for Haringey council whilst the UK remains in the fight with coronavirus.

With the Premier League being suspended since March, plenty of the top stars have had to try and keep fit inside their own house – including the Spurs players who are put through the paces as Mourinho watches on in a video call. 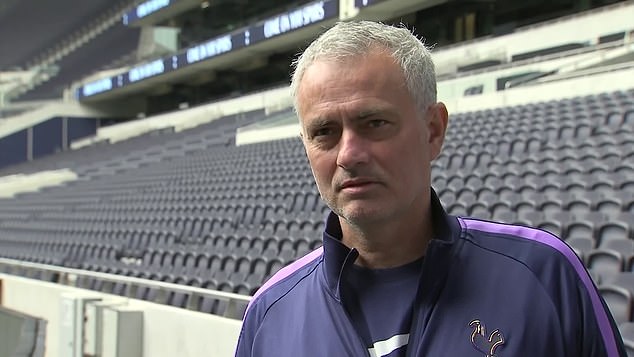 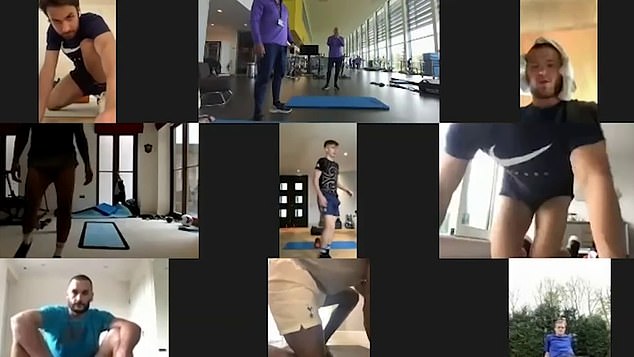 Mourinho (top, centre) has been putting the Spurs players through their paces over Zoom 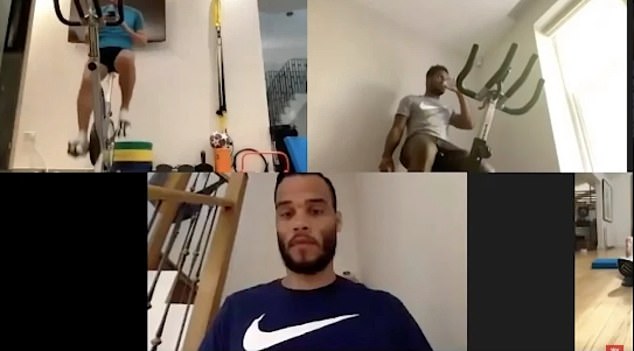 All of the club’s players have to log in over their computer or phone and go through several exercises on the video chat. However, there has still been the odd hiccup as Jan Vertonghen’s child tried to get in on the action during a session.

Mourinho revealed that Spurs were very well prepared for the chaos that ensued after Boris Johnson called for a UK lockdown on March 23 – as the club had already provided all the stars with exercise bikes to be ready for isolation.

He told Sky Sports: ‘I’m just coordinating but so many people, in their houses, are doing amazing work.

‘We are trying to give the players, even before the lockdown, (we) sought immediately to try and give the players the right conditions for a possible lockdown that appeared a few days or a couple of weeks later; equip their houses with equipment where they can train. 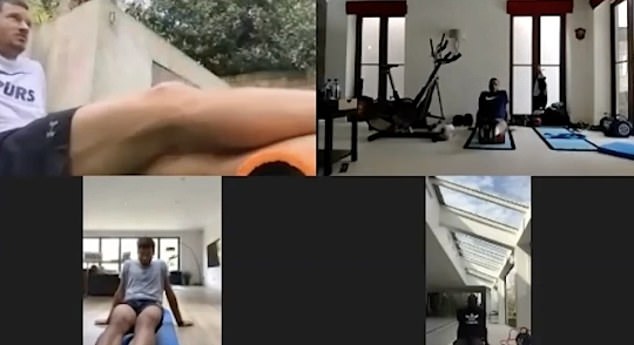 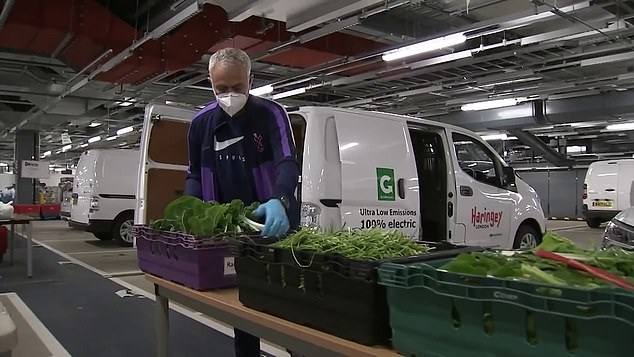 ‘The IT people organising everything in the training was hard work by everybody and I am really proud of the people and the players working really hard in very strange conditions.’

However, Mourinho hasn’t quite kept to the rules for the entire lockdown as last month he received a warning from the police after conducting a training session with the Spurs squad in a London park.

The 57-year-old had to apologise for his actions but even after that, players Davinson Sanchez, Ryan Sessegnon, Serge Aurier and Moussa Sissoko have all been caught breaking coronavirus guidelines. 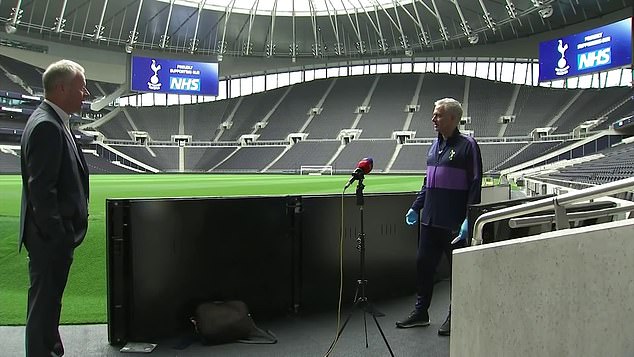 The Portuguese boss is living with goalkeeping coach Nuno Santos, tactical analyst Ricardo Formosinho and Tottenham’s head of first-team performance Carlos Lalin in a rented house whilst the lockdown continues in the UK.

He added: ‘I miss football but I try not to be selfish — just balanced and human.

‘I prefer to say I miss our world — football is part of that. But we have to be patient and fight our fight. I prefer to wait for better days.

‘I’m so sorry for families destroyed by bad news.’