Tottenham manager Jose Mourinho has labelled Manchester City a “team of c****” in a foul-mouthed half-time dressing room speech to be shown on Amazon Prime Video.

The documentary-makers bleep out the worst language of the Spurs boss, but reveals how his tirade last February inspired a 2-0 home win against the defending champions.

Throughout last season, he accused his Spurs players of being too nice, and things came to a head with the north Londoners level after Hugo Lloris saved a penalty then got the benefit of a VAR decision over committing a foul as he tidied up the rebound.

Mourinho told his players: “You are giving them a good fight. The result is there to go to one side or the other side but try to understand what I want to say.

“When you save a penalty, they try to put huge pressure for another penalty to be given. This is the difference between a team of c**** and a team of good guys. 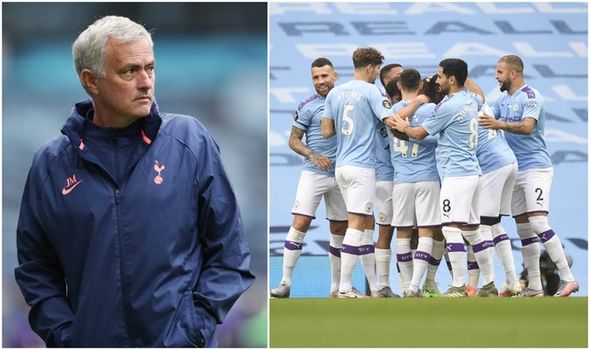 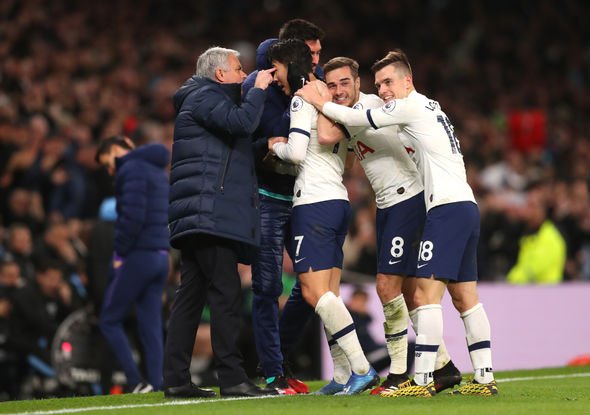 In the end the game turned on the red card shown to Oleksandr Zinchenko – after Mourinho had pointed out to his players he was vulnerable.

“The way the game is going, they know that Toby Alderweireld has a yellow card,” he said. “I promise you they know. I promise you.

Minutes later, Winks dribbled the ball across the path of Zinchenko, who clattered into him and received a second yellow card. Steven Bergwijn and Heung-Min Son both scored within the next 11 minutes to secure the points.

As Winks arrives back in the dressing room, he is greeted by the injured Ben Davies, who says, “Where have you got that turn of pace from, son?”

Mourinho then applauds his players for carrying out his masterplan.

Speaking after the win back in February, the Portuguese coach said of debutant Bergwijn: “It was a debut goal that was the icing on the cake of a very good performance.

“Independent of the goal I would say his performance was very good, very solid. Very mature. 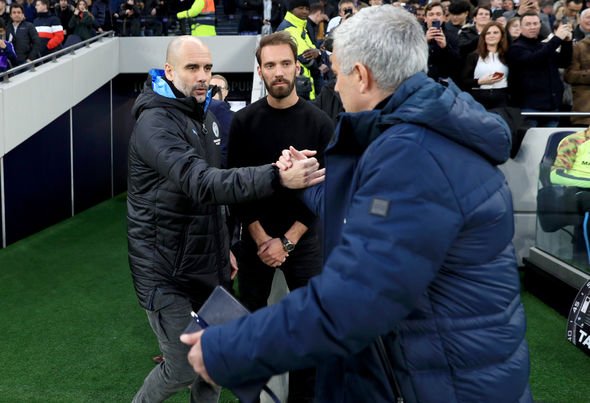 “We worked hard during the week. He came to us Tuesday so he had a complete week to work and to try as fast as possible to understand what we wanted from him.

“So very solid performance against such a difficult opponents like Kyle Walker, but then he was clever enough to appear also in other zones and try to create some problems for City.

“Very, very good and then of course the goal is a great goal. It’s so important for us.”