CHRIS SUTTON: John Stones won over Pep Guardiola, is now back in that Manchester City shirt and thriving… England boss Gareth Southgate has to be watching him now

Lesser players might have turned up for training and thought, ‘What’s the point?’

But not John Stones, it seems. He worked, won over Pep Guardiola and is now back in that Manchester City shirt.

Not only that, he’s thriving. Wednesday night was Stones’s 10th start of the season — he’s already creeping up on his total from the last campaign — and City achieved their eighth clean sheet. 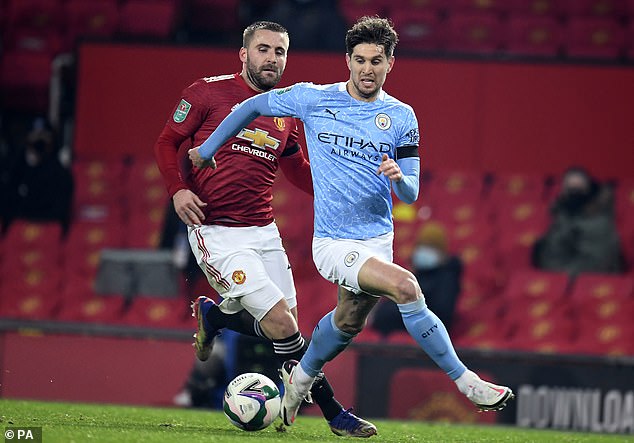 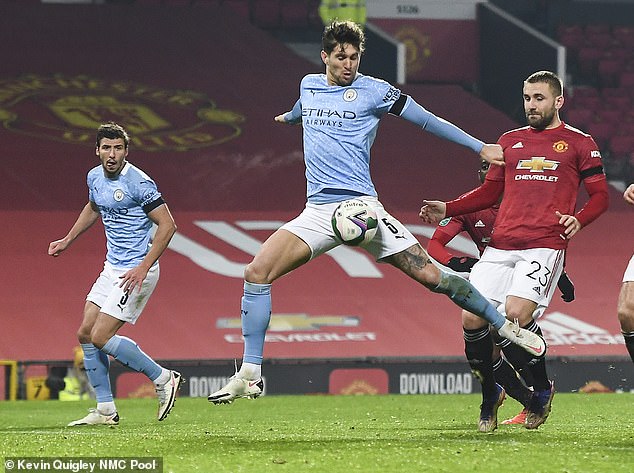 We can only applaud the 26-year-old for this comeback. I said in this newspaper earlier this season that Stones had to escape City to resurrect his career. Surely that would be the only way he could get into the England squad for Euro 2020?

Apparently not, because Gareth Southgate simply has to be watching him now. Stones has formed a winning partnership with Ruben Dias, and he showed his strengths on Wednesday night. There was one moment in the second half when Paul Pogba looked to burst down the left wing. Pogba got the better of Oleksandr Zinchenko but not Stones.

The City centre back shielded the ball and turned Pogba, cool as you like, danger dealt with. 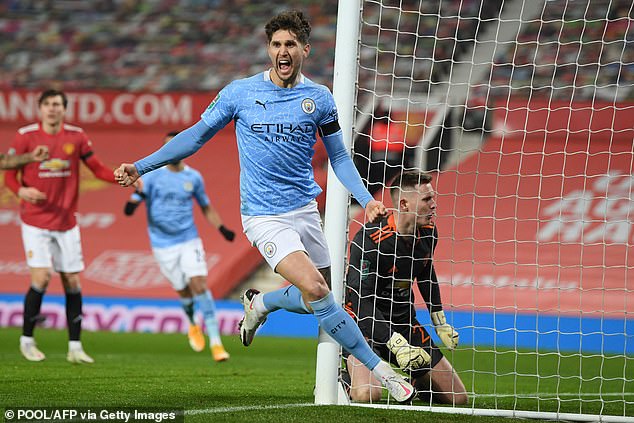 He was also in the right place at the other end to score City’s opener.

This was an exciting game overall. It started with touching tributes to Colin Bell, including City walking out in those No 8 shirts. Then both sets of players went for the win, which was good to see.

I have to say, though, the offsides have become slightly tedious. It can feel ridiculous when the flag stays down, play continues, it comes to nothing then the assistant raises his arm. Have some conviction!

But if we change the rules, there would come a time when a flag is raised wrongly and we’ll be up in arms again! It’s a tricky one.