Bristol Rovers boss Joey Barton has urged ex-professional footballers to stay in the sport as referees, as he believes it would improve the standard of officiating.

The former Manchester City, Newcastle and QPR midfielder clashed with referees during his playing career and has also done so since becoming a manager, but says he now wants to make life easier for officials.

“We’ve got to get all these football people back into football in some way,” Barton told Sky Sports News.

“If we want better referees, who are best to referee a contest? Somebody who’s been in the contest loads of times and experienced all the dark arts and all the stuff that goes on, or somebody who’s never had a game of football in their lives? 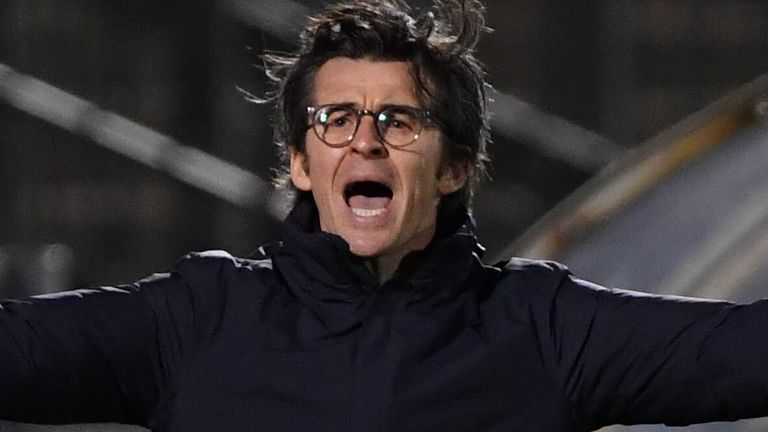 “There’s a market there straight away to get better referees out of, because at 34, 35, you’re still really, really fit. You might not be fit enough to play elite-level football but you’re still very, very fit compared to the average man on the street.

“And if you’ve got a football experience to weigh that into your mind, we could be missing out on some of the best referees ever here.”

Barton says he has been in regular contact with EFL head of referees Mike Jones to discuss ways to help officials outside the top-flight, who are part-time unlike their Premier League counterparts.

“Mike Jones, who’s a great guy, obviously he’s in charge of the refs at our level and I’ve been conversing with him a lot in recent weeks,” Barton said.

“Mainly because I think, you can berate officials and moan at officials and I’ve tried that before and it’s just ended up getting me fined and ejected from the field of play – and that doesn’t help anybody.

“We need to find a way of helping them.

“I’ve been fortunate enough to be officiated at the highest level and I know how difficult the job is for those boys, who are the crème de la crème, they’re the best of the best, and they’re full time and they get training and coaching and analytics and data, and they’re professional guys who care about their craft.

“At this level, it’s still part-time, so you’ve got people who are trying to do the best they can with the tools they have available to them and I think there’s a duty of care – to have a good product, to have a good game, to have good players – you need good referees.”