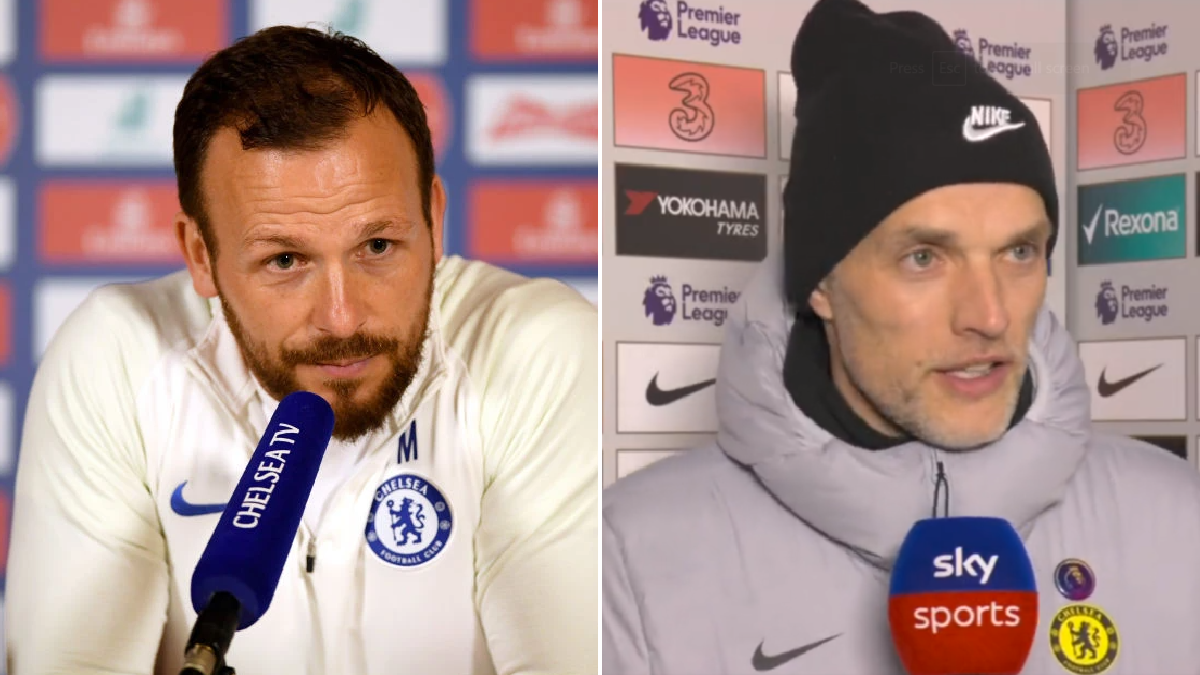 Red Devils summer signing Jadon Sancho pounced on a poor touch from Jorginho to race clear and score his first Premier League goal to give Michael Carrick’s side the lead on Sunday.

But Ballon d’Or contender Jorginho made amends for his blunder 20 minutes later, equalising for Chelsea from the penalty spot after Thiago Silva was brought down by Aaron Wan-Bissaka.

Chelsea continued to dominate after drawing level but Tuchel waited until the 78th minute to introduce the likes of Romelu Lukaku, Mason Mount and Christian Pulisic from the bench.

Former Chelsea coach Morris, who was Frank Lampard’s assistant, believes Tuchel could have made his substitutions earlier and killed the game off.

He told Stadium Astro: ‘From a fan’s perspective, I would definitely have liked a couple if not all three changes at the top end of the pitch a lot earlier.

‘I just felt that with the amount of dominance Chelsea had they wasn’t creating enough real good chances.

‘The fact you have the level of bench that Chelsea had, there was no reason why at least two of them could have been brought on a lot earlier.

‘I thought Lukaku was the perfect addition but that’s without knowing the physical capabilities he has right now. He might not have had more than the manager gave him.

‘It’s always easier to say after the game but we were slightly surprised that Tuchel didn’t make changes earlier.’

Despite dropping two points at home, Chelsea remain top of the Premier League, although defending champions Manchester City are just one point behind following their victory over West Ham.

Following the 1-1 draw with Manchester United, Tuchel said: ‘I am happy, absolutely happy. I saw a huge effort.

‘We put the pressure up high, we were brave and courageous. While they defended deep we needed the first goal to open up a bit.

‘If you don’t score you always run a bit behind, you feel you are the stronger team. We had some chances we maybe should have used but in general I am happy how we played.’

Asked about the title race, Tuchel added: ‘We cannot be surprised. Things like this happen.

‘We played such good games against Burnley and Manchester Untied and feel disappointed as we think by far we did enough.

‘Over a long season you drop points and you dig in and try to steal them back if someone steals them from you. We are in the middle of the race and this is where we want to be.’