‘This is for all the people who are not with us anymore’: Jesus Navas dedicates Sevilla’s Europa League triumph to former stars Jose Antonio Reyes and Antonio Puerta

The 34-year-old helped his side beat Inter Milan 3-2 to earn the Spanish side’s sixth Europa League title in Cologne.

And Navas revealed that the victory was for those associated with Sevilla who passed away over the years, including former stars Reyes and Puerta. 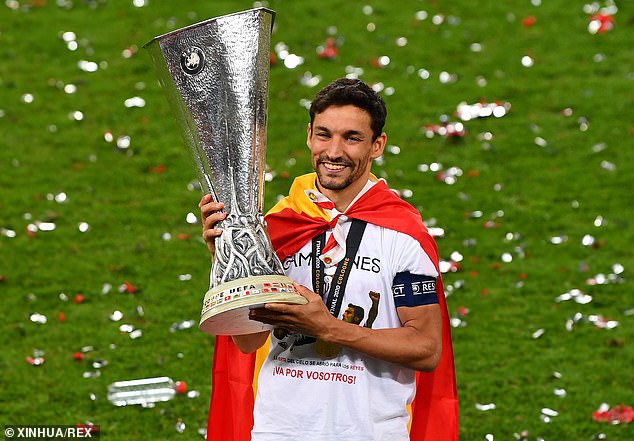 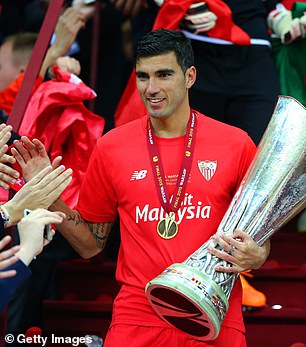 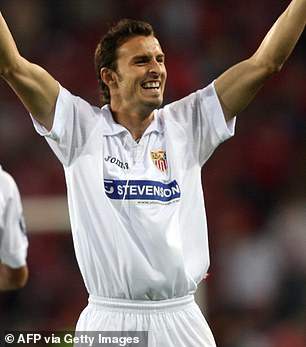 The Sevilla captain told Movistar after the final: ‘It is the most special day for being able to raise the cup as captain, with my Sevilla.

‘This is for all the people who are not with us anymore, for Puerta, Reyes … my godfather who has passed away. We are all captains here.’

Former Sevilla man Puerta passed away in August 2007 after suffering several separate cardiac arrests during the La Liga side’s opening match of the season against Getafe. 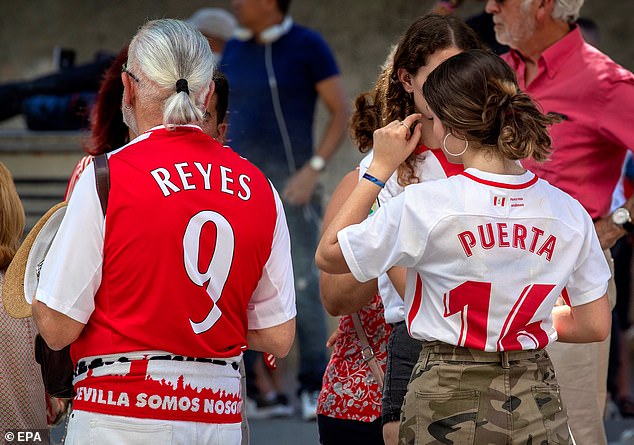 Navas, who was a key member of the Sevilla squad at the time, carried Puerta’s coffin at his funeral while he now wears his former team-mate’s number 16 shirt in his honour.

Reyes, who was the last Sevilla captain to lift the Europa League before Navas on Friday night, passed away in a road accident last year along with his cousin.

The former Arsenal and Real Madrid winger made over 250 appearances for the Spanish side over two different spells . 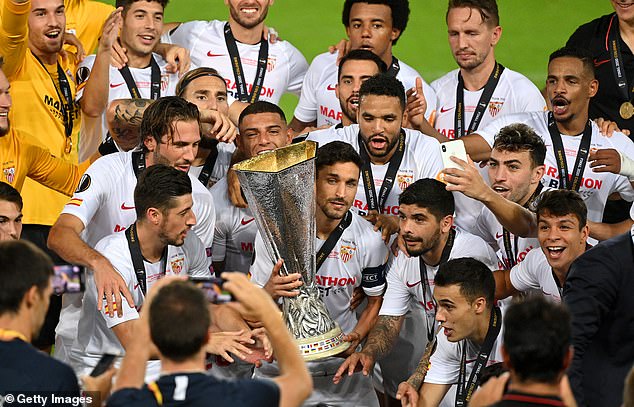 The Sevilla captains’ armband which Navas sometimes wears contains the embroidered names of both Reyes and Puerta.

As well as winning the Europa League, Sevilla finished the La Liga season in fourth-place under Julen Lopetegui.

Even though the game was played behind closed doors, Navas also dedicated the win to the Sevilla supporters who could not be there. 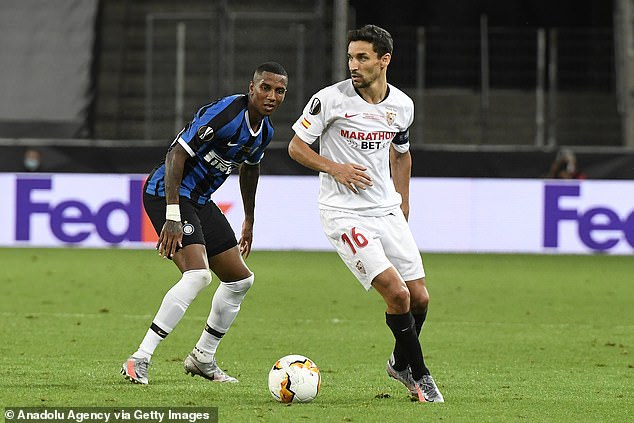 Navas continued: ‘This group deserve it, we have been fighting all the year. They worked day by day with the problems that there have been. And to all the fans who deserve it.

‘The fans can feel proud with us, today and tomorrow they will enjoy. And Sevilla is getting greater every day.’

Sevilla fell behind early on in the final through Romelu Lukaku’s penalty, but two Luuk De Jong headers turned the game on its head in the first-half.

Inter Milan responded again through Diego Godin’s header before half-time, but Lukaku’s late own-goal settled the match with just under 20 minutes to go.