Jesse Marsch accepts there will be deep anger if Leeds United are relegated today but has urged supporters to keep the peace amid fears of further crowd disorder.

They are third bottom and, due to their inferior goal difference, must collect more points at Brentford than Burnley manage at home to Newcastle if they are to survive.

Hundreds of extra Metropolitan Police officers will be on duty at Brentford and across the capital, with Leeds’ rivals Manchester United playing at Crystal Palace and Everton at Arsenal. 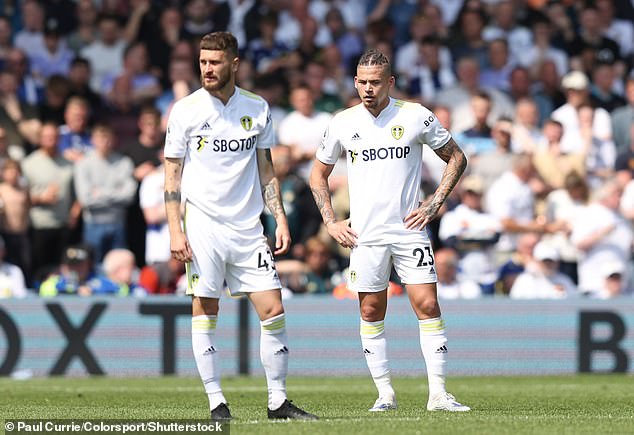 After a week of numerous pitch invasions, an assault on Sheffield United striker Billy Sharp at Nottingham Forest and Crystal Palace boss Patrick Vieira’s clash with an Everton fan, Marsch has appealed for calm.

Leeds fans infamously rioted at Bournemouth in May 1990 when they won promotion to the top flight and Marsch said of the club’s vociferous following: ‘I know that they are fervent fans and their emotions can sometimes get the better of them in negative ways. But I’ve seen only the positive effect.

‘I’ve tried to reiterate that it’s massively important for our players to feel that.

‘There was one match recently where I read a letter from a fan to the players beforehand. I said to them that it’s special to be a player for Leeds United and is unique in many ways.

‘The letter said that the players are their heroes and I wanted to make sure they understood that.

‘Yes, I know that big moments like this always stir a lot of emotion. But I hope the fans find a way, no matter what, to be at our side and to know we’re going to get this right on Sunday.’ 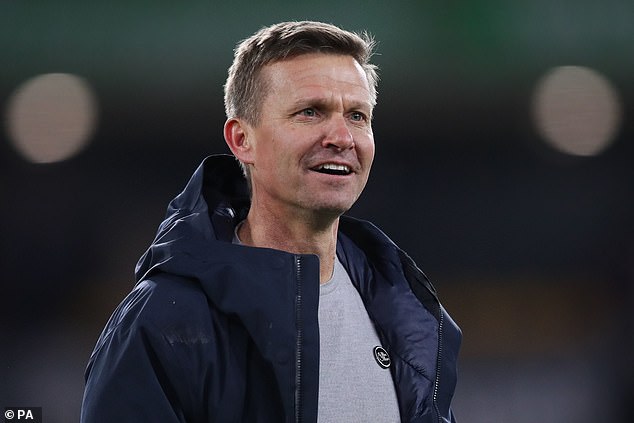 Club legend Eddie Gray visited Marsch at Leeds’ training ground on Thursday and was in charge when the Whites were last relegated from the Premier League in 2004.

Gray said: ‘Leeds is a huge one-club city and that’s why it’s so vital we stay in the Premier League. We had a long time out of it and don’t want to slip back into the Championship. I’m sure the players know the importance of the club staying in the Premier League for the fans, for the city of Leeds and for themselves.’

Gray and members of Leeds’ 1972 FA Cup-winning team, along with the 1992 First Division title-winning side, paraded on the pitch before last Sunday’s 1-1 draw at home to Brighton.

And the 74-year-old added: ‘The atmosphere at Elland Road this season has been as good as I’ve ever known it. The fans are so passionate and they get behind the team 100 per cent. The scenes when we equalised against Brighton last week were incredible, so hopefully we get another moment like that at Brentford. I’ll be there cheering the boys on.’

Even if Leeds survive, a major inquest will surely follow into how a club which finished ninth 12 months ago has suffered such a severe decline. The much-loved Marcelo Bielsa was axed in February but Marsch has won just three of his 11 games and fans are unconvinced. Pressure is also mounting on the club’s board, who failed to make any signings during the January transfer window and faced angry calls for their removal during the Brighton game. Michael Normanton, of The Square Ball podcast, said: ‘Victor Orta [director of football] brought Jesse Marsch in to keep us up, so if we go down then both should probably go. I certainly don’t see a huge appetite for keeping Marsch in the Championship.’

Anders Palm is the chairman of the Leeds United Supporters Club of Scandinavia, which has 8,000 members.

The Norwegian has attended 21 Leeds games this season and said: ‘I bumped into Jesse Marsch in a bar in Leeds after the Brighton game. He was very open and friendly and says the right things but I’m not totally convinced about the football he wants to play. I see confused players with no rhythm. 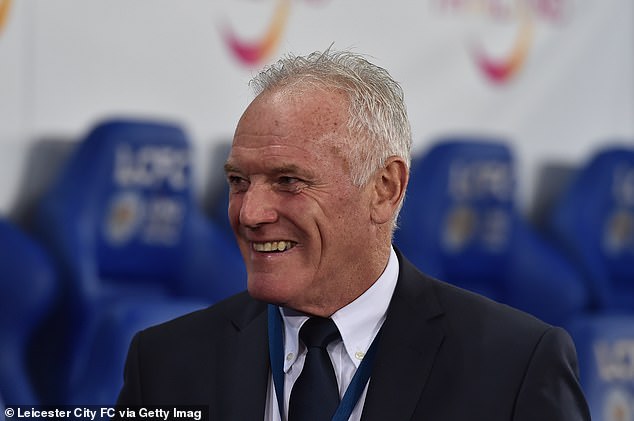 ‘When we got back to the Premier League under Bielsa, it felt incredible, like there was a new spirit to the club. Now Bielsa has gone, the magic has disappeared.’

There is the added complication of Leeds’ split ownership which sees Andrea Radrizzani own 56 per cent, with 49ers Enterprises, the investment arm of the San Francisco 49ers, having increased their stake in the club to 44 per cent last November. A takeover by 49ers Enterprises has long been mooted and Normanton added: ‘There wasn’t a single Leeds fan who didn’t think we needed new players in January.

‘The last central midfielder we actually signed was Adam Forshaw over four years ago. It has been a failure in that regard and it was obvious that it was coming.

‘You had Radrizzani in the early part of this season doing interviews saying ‘we want to push on and get into Europe’ but all the while the team was struggling on the pitch. That left you thinking “just shut up if you’re not prepared to put your hand in your pocket”. There was an arrogance from the board and it could now backfire horribly.’

And football finance expert Kieran Maguire, believes Leeds stand to lose between £70-80million in revenue with relegation, adding: ‘The club’s value would also fall dramatically, from between £250-300m to about £120m.

‘When Leeds are trying to build their international fanbase, it’s a tough gig to begin with because all the focus is on Liverpool, United and Chelsea. As a Championship club, you’re really struggling.’