Both of the Egyptian winger’s goals came after half-time – the first was a superb curling finish from inside the box before rounding off a swift counter-attack with a sensational touch and finish after Xherdan Shaqiri’s brilliant cross. 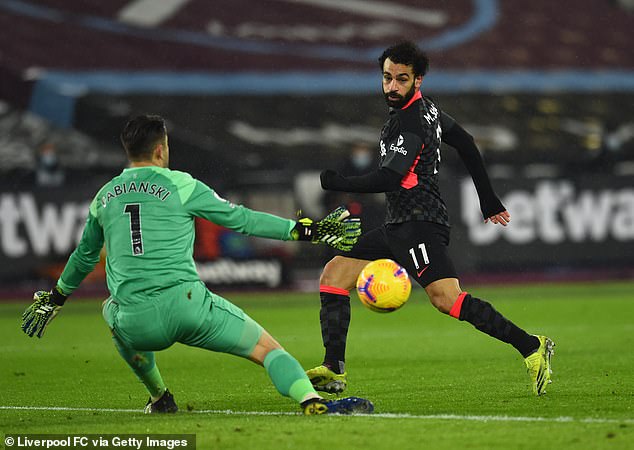 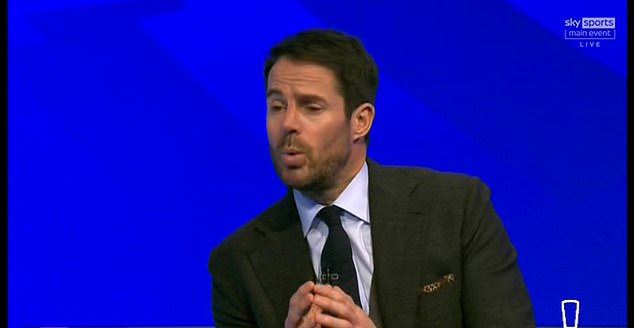 Redknapp described Salah’s first touch for his second goal after the game as: ‘Truly world class, watch how far away from his body it (the ball) is. Everything is in his stride.

‘Look at Salah, the desire the determination and the speed he’s going at. It’s an incredible touch. Look at how high it (the ball) is coming up. A deft touch and then he flicks it in.’

Liverpool boss Jurgen Klopp described Salah’s second goal as ‘incredible’, though did criticise Shaqiri for playing the cross in too early.

The two goals in east London were Salah’s 14th and 15th goal of the current Premier League season, with the Egyptian now leading the top-flight scoring charts by some distance. 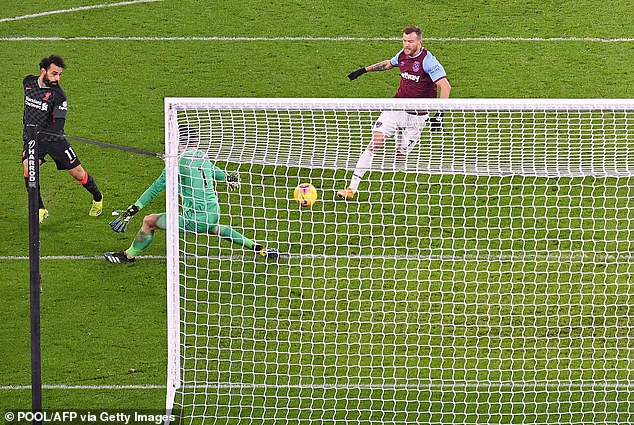 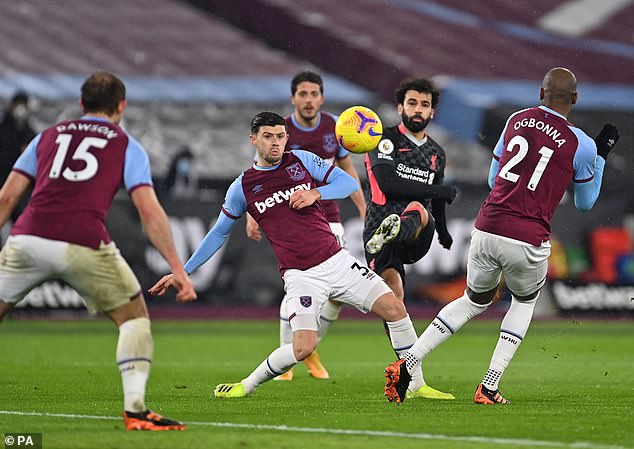 The 28-year-old went six league games without a goal before Sunday afternoon’s superb showing at West Ham but has now fired the Reds up to third in the table, four points behind leaders Manchester City.

Redknapp claims Salah is not given the same praise other Premier League attackers are given, despite his brilliant performances this season.

The Sky pundit added: ‘It’s an amazing one with Salah. He’s top scorer with 15 goals but it still feels he doesn’t get certain love (like we give) with certain other players. 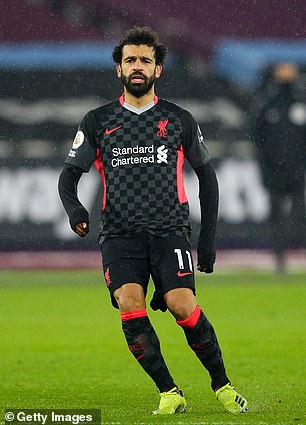 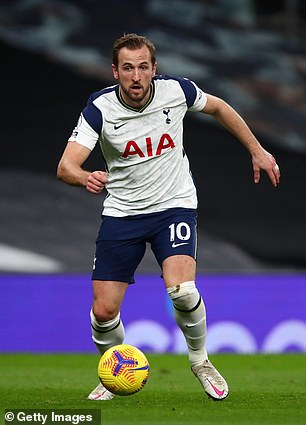 ‘Maybe it’s about him being perceived as greedy with taking loads of shots. He doesn’t get a lot of the love with other strikers like (Harry) Kane.

‘He doesn’t do it  (score goals) from a central position, he does it from the inside right. His numbers are phenomenal.’

Liverpool added a third goal after Gini Wijnaldum finished off a brilliant team move, before Tomas Soucek’s late consolation gave the Hammers a glimmer of hope.