The Reds have made a total of nine changes for their fixture with the Saints on Tuesday evening, despite needing a win to remain in the title race.

Alisson Becker and Ibrahima Konate are the only two players to hold their spots from the FA Cup final, with Klopp making significant alterations after 120 minutes and penalties at Wembley. 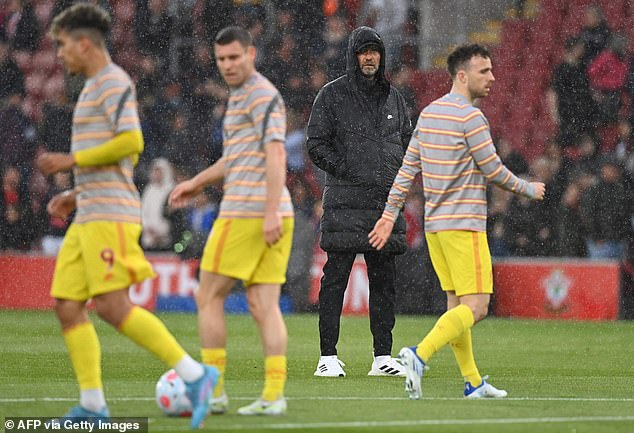 Virgil van Dijk is given the night off as Joel Matip starts in defence, while Joe Gomez and Kostas Tsimikas displace Andy Robertson and Trent Alexander-Arnold.

Jordan Henderson and Thiago Alcantara are considered fit enough for spots on the bench, but Fabinho again misses out owing to his hamstring injury.

Curtis Jones and James Milner are both recalled to the engine room, while Harvey Elliott makes a first Premier League start since his horrific ankle injury at Leeds United in September. 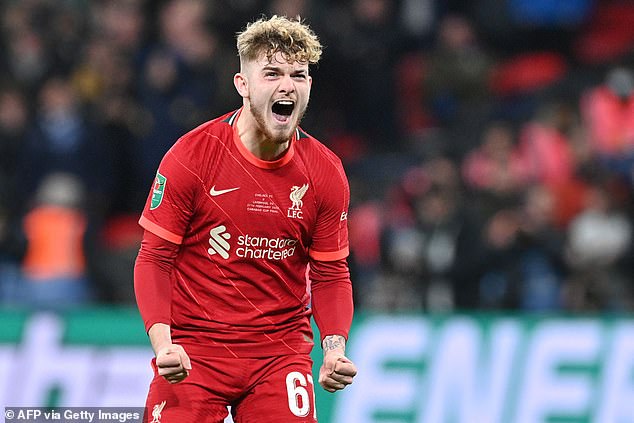 Diogo Jota and Roberto Firmino are joined in the attack by Takumi Minamino, while Mohamed Salah and Sadio Mane are also rested by Klopp.

Former Reds defender Carragher told Sky Sports: ‘It had to happen. Those league games were like finals in themselves and if they lost they would have felt like the title is over.

‘I don’t think there will be too many fans criticising or questioning his selection. The emotional comedown of a final can have an affect. 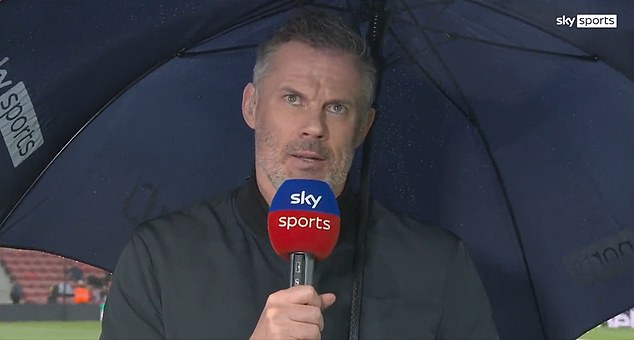 ‘Liverpool playing their best team in the Champions League final is a better team than Real Madrid. I don’t think they should get too emotional about the league.’

Liverpool have already won the Carabao Cup and FA Cup with a Champions League final coming up against Real Madrid at the end of the month.

Pundit Carragher believes Klopp is thinking ahead to that date in Paris after a gruelling FA Cup final on Saturday. 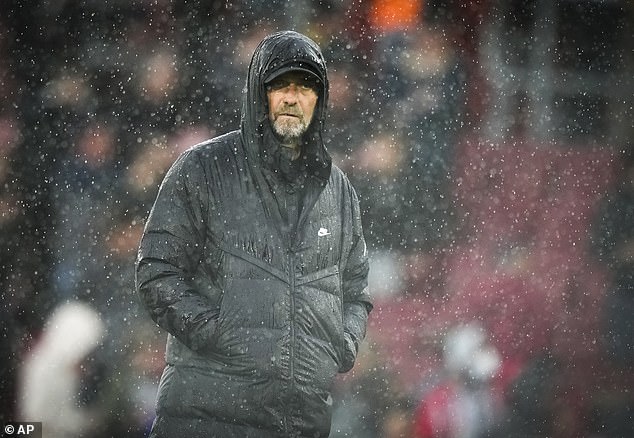 ‘A few players came off with knocks in the final. This is exactly what I expected, and I would have exactly the same in his position.

‘It will make it a much tougher game but he won’t want injuries to affect the final in Paris.’

The Reds will face a tougher test against Ralph Hasenhuttl’s side than expected without key players including Mohamed Salah and Virgil Van Dijk. 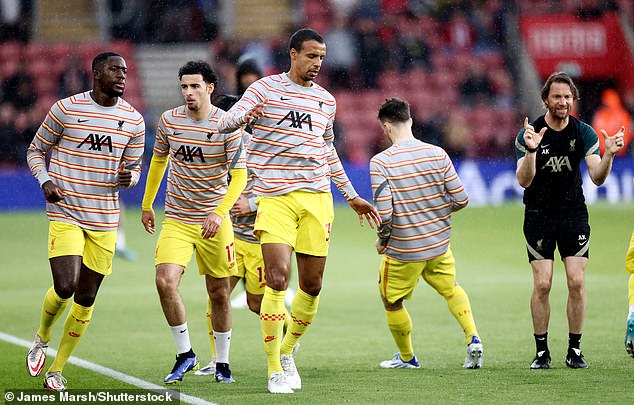 ‘There can be positives from the changes; the players coming in will be fresh and have energy and may be better suited this game because they have the energy players who played 120 minutes two or three days ago don’t.

‘This gives those [fringe] players a chance to stake a claim.’

Fellow pundit and former Reds midfielder Jamie Redknapp agreed that the German is resting key players for the upcoming fixtures. 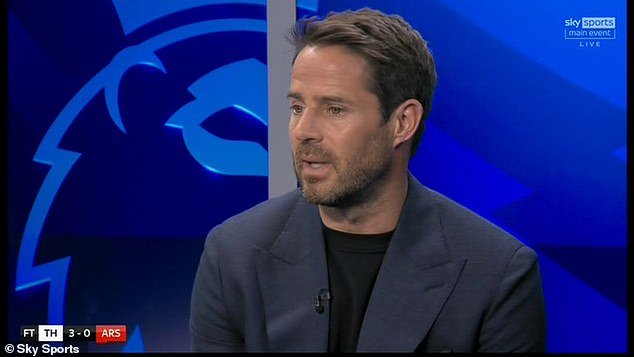 ‘He is protecting them and he feels that he has to make sure they are ready and fit for the Champions League but this is still a strong enough team to win,’ he said.

‘They (Southampton) will never get a better chance to beat Liverpool, but you can’t take many risks.

‘You would kick yourself if they played tonight and got injured. You have to weigh it up, what have you got more chance of winning?

‘But you will kick yourself I you don’t get three points and he will get a bit of stick if that is the case.

‘He will think he still has enough in that team but you certainly don’t want to hand it to Man City tonight.’