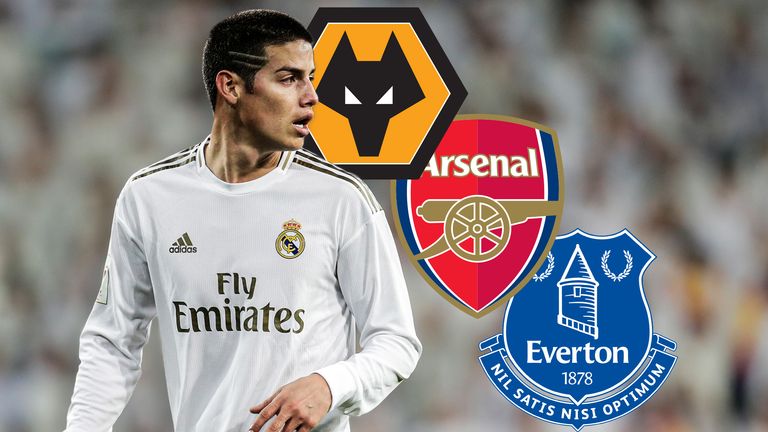 When James Rodriguez scored that goal at the 2014 FIFA World Cup, he had the world’s biggest clubs queuing up to sign him.

By the time the tournament finished, he had six goals, won the Golden Ball and would eventually sign for Real Madrid for £63m on a six-year contract.

Fast forward to 2020, the mercurial forward faces an uncertain future. From commanding one of the world’s highest transfer fees to featuring on the periphery, this is the curious case of James.

From Banfield to the Bernabeu 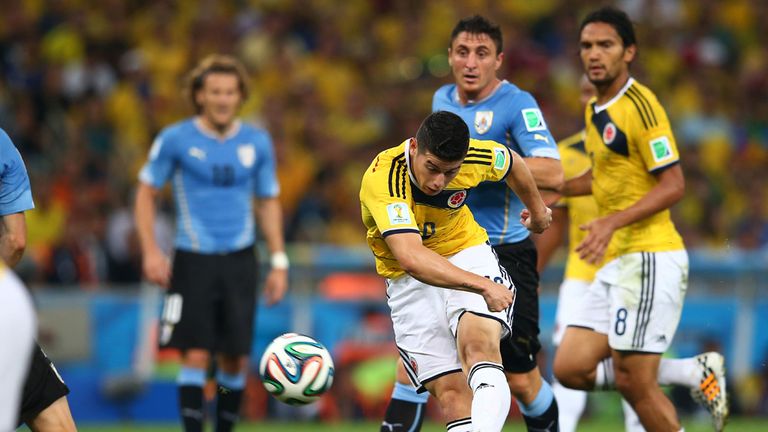 Arriving in Europe in the summer of 2010 as a supremely talented 19-year-old, Porto was his destination and the Portuguese outfit were willing to pay around £4m to Banfield – the club in Buenos Aires.

By 2013, his stock continued to rise and Monaco triggered his €45m release clause. After just one season in Ligue 1, and a hugely impressive World Cup where he was named player of the tournament, James arrived at his dream destination: Real Madrid.

The 2014/15 season was, personally at least, a successful one for James. He was named La Liga’s best midfielder and was selected in the team of the year. However, Real Madrid lost out to Barcelona in the title race, and were unable to defend the Champions League. Carlo Ancelotti was relieved of his duties, and Zinedine Zidane took control.

In Zidane’s first season, Real won their 11th Champions League. But James was a peripheral figure, as Zidane’s preference of a 4-3-3 rendered the Colombian to cameos from the bench. Indeed, James started just 21 of Real’s 52 games that season.

The odd man out as Real dominate Europe 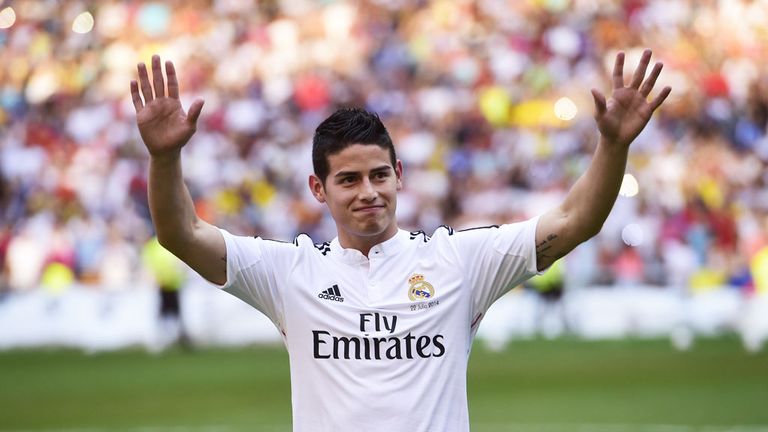 In Zidane’s first tenure at the club, Real Madrid won an unprecedented three Champions League titles in a row. And as a result, you cannot blame the Frenchman for wanting to stick to his guns. James was surplus to requirements and was reunited with Ancelotti at Bayern Munich on a two-year loan deal in the summer of 2017.

The Colombian’s case is curious in that he somehow remains a Madrid player, back at the Santiago Bernabeu after a two-year loan spell in Bavaria.

It is no surprise Rodriguez has perennially been linked with a move away from the Spanish capital; Zidane has made it clear through offering just 13 appearances in all competitions this term that he is dispensable.

When Rodriguez moved to Bayern Munich at the start of his temporary spell in 2017, club CEO Karl-Heinz Rummenigge was effusive in his praise as the player tried to reboot his career. 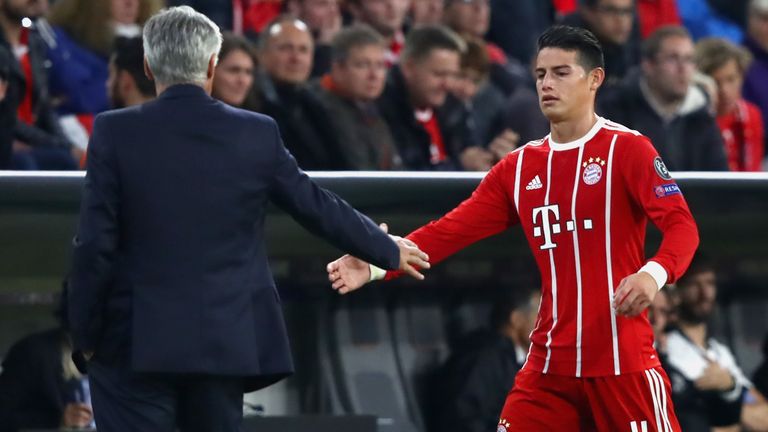 “We are very happy that we have managed to conclude this transfer,” he said. “The signing of James Rodríguez was the big wish from our manager, Carlo Ancelotti, after the two of them worked together successfully at Real Madrid.

Ancelotti’s dismissal in September 2017 didn’t derail the 2014 World Cup Golden Boot winner. With seven league goals and 11 assists, he was one of Bayern’s chief creative outlets on the road to a record sixth consecutive Bundesliga title.

Reflecting on his first season at the Allianz Arena, Rummenigge added: “We are completely happy with his development, especially since Jupp Heynckes became coach. He is a very, very good transfer.” 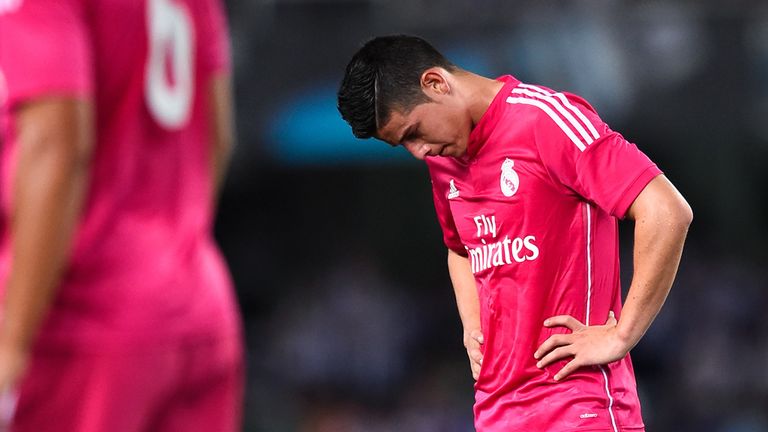 But Bayern never exercised the option to buy James on a permanent deal for €42m. Last summer, when Niko Kovac was still in charge, Bayern’s transfer policy and club strategy was heavily tilted towards building towards the long-term.

With the likes of Robert Lewandowski and Thomas Muller already at the club providing experience, the feeling was that signing James might stunt the development in Serge Gnabry, Thiago Alcantara, Leon Goretzka as well as Alphonso Davies, who operates in Rodriguez’s secondary left-sided position.

It left him in limbo, and with little option but to return to Real’s ranks. This season, Rodriguez has picked up his frustrations from Zidane’s previous tenure, not helped by a knee injury sustained on international duty with Colombia. Zidane has always denied claims of a rift between himself and the player, but his actions have spoken volumes.

Could Ancelotti rekindle relationship at Everton? 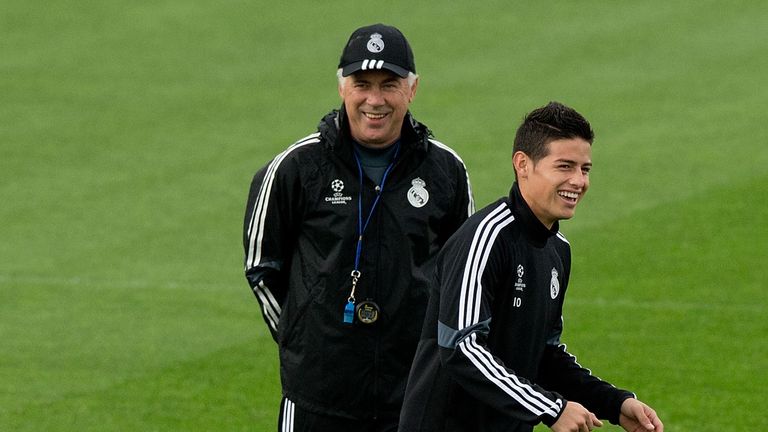 Everton manager Ancelotti is a keen admirer of the playmaker. He has signed him twice after all, and it should be no surprise to learn of the links to Goodison Park.

Rodriguez enjoyed a good first season at Madrid in 2014/15 when the Italian was in charge, scoring 17 goals in 46 games. But things began to turn sour when Ancelotti was replaced by Rafa Benitez in May 2015.

It was the Ancelotti who tempted the player to Munich two years later after failing to secure a guaranteed starting place, first under Benitez and then Zidane. The pair were close to being reunited in Naples further down the line.

Speaking in July 2019 when Napoli manager, Ancelotti said: “I’m very attached to James, I rate him very highly and he can certainly improve our team.”

Everton have struggled for creativity from midfield this season, with Gylfi Sigurdsson struggling for consistency. Ancelotti’s preference for a 4-4-2 has seen the Icelandic international play deeper, or in wider areas. So it would be interesting to see where he would be deployed. 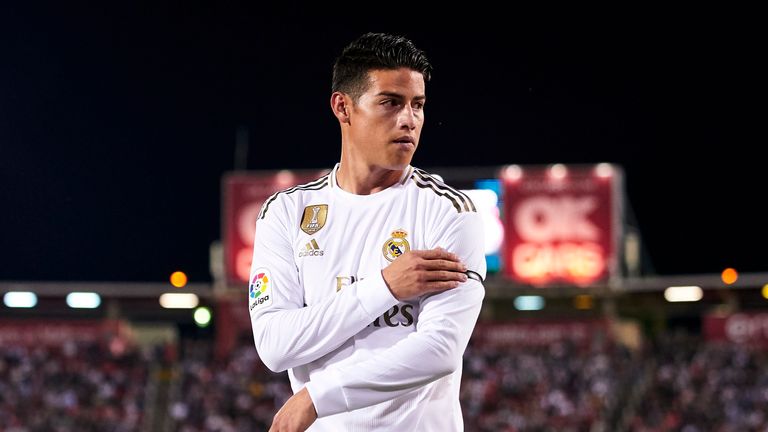 There have also been links to Wolves, where the Colombian would be reunited with his former Porto and Monaco teammate Joao Moutinho. With Ruben Neves also at his disposal, Nuno Espirito Santo would have a midfield most Premier League clubs would envy.

Rodriguez could be tempted to join the ambitious project, with Champions League football still a possibility next season. It is not the first time that Rodriguez has been linked with a move to Wolves, with Jorge Mendes being viewed as capable of acting as a mediator to lower Real’s £71m asking price during the January transfer window.

The Portuguese super-agent is a friend of the Wolves chairman, Jeff Shi, responsible for the Fosun Group. Before Fosun’s takeover of Wolves in July 2016, a subsidiary of Fosun took up a 20 per cent stake in Mendes’ Gestifute agency. Mendes, in turn, advised Fosun in their takeover of Wolves. And since then, a raft of Mendes’ clients have moved to the club. His relationship with Espirito Santo stretches back almost 25 years, while several of his signings, including Moutinho, are part of the Gestifute agency.

Mendes is clearly on good terms with Wolves and he could press the midfielder into joining them. Espirito Santo could use him in the traditional No 10 position, behind Diogo Jota or Raul Jimenez.

Indeed, with the Mexican making clear there is no release clause in his current deal at Molineux, prising Rodriguez to the West Midlands would be a smart way of keeping their star striker fully invested in the club’s future.

Would Arsenal be his best fit? 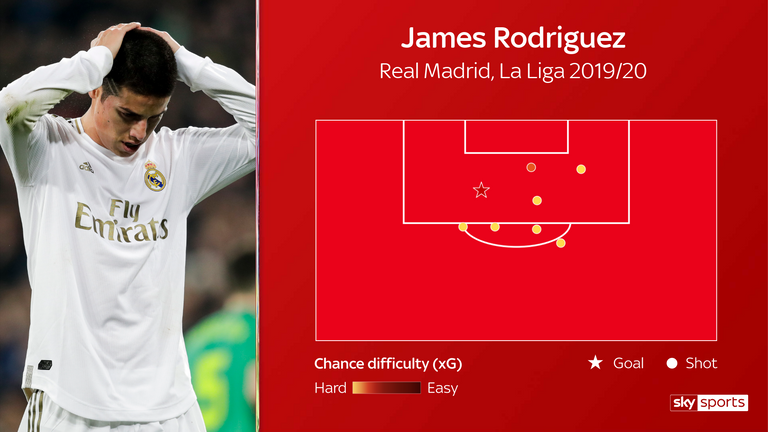 Should Arsenal be James’ preferred destination, one would assume he’d be the long-term replacement for Mesut Ozil. Ozil is Arsenal’s highest earner, and his performances of late have failed to justify his lofty wage packet.

Whether Mikel Arteta wants him to move on, let alone if there would be any suitors willing to match his salary, is another matter.

The Spaniard was reportedly eyeing up the playmaker in January, and Rodriguez’s compatriot Faustino Asprilla urged him to join the Gunners last month.

“James does not have to go to suffer at Wolverhampton, a team that always fights after relegation,” the former Newcastle forward told RCN.

“James has football to be on teams like Manchester City, Manchester United, Chelsea or Arsenal. James does not need to play for Real Madrid to dazzle us here with his football. For me he is a starter in any team.”

What else has been said of the player? 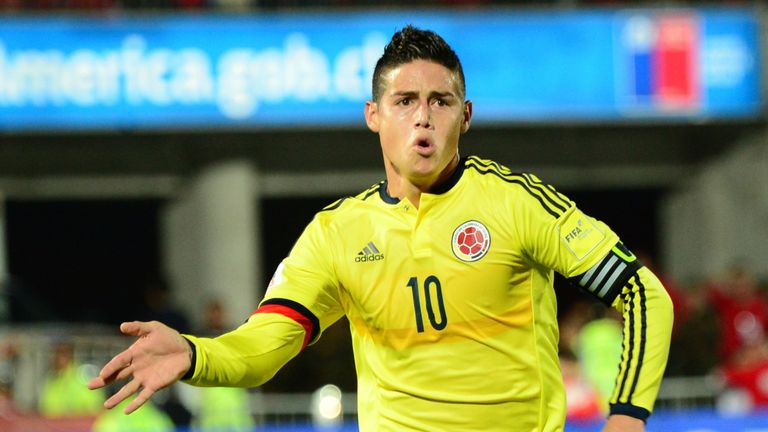 Speaking last September, former Argentina international Jorge Valdano told radio station Onda Cero: “James is a world-class player and if he is able to commit himself like he has, we have a player who is going to give another leap in quality to the squad.

“He is more mature and has learned along the way. I am convinced that he will be able to take advantage of this second chance and he will perform at his level.”

Colombia had hoped James would go on to succeed Carlos Valderrama as the country’s greatest ever player. Speaking this week to Caracol Radio, the man himself said: “In Spain he was the best player in the team during the first year.