James Rodriguez has settled seamlessly into the Everton family with singing, tricks and overhead kicks… he joined with a point to prove after Real Madrid exile and has the potential to make himself a club icon

Michael Keane’s eyes lit up as he told the story of James Rodriguez’s first day at Everton. It takes something unusual for footballers to react with such animation but events at Finch Farm last Tuesday dictated it.

Any notion Everton had signed someone with questionable motivation was dispelled during the first virtuoso 90 minutes Rodriguez spent with his new colleagues. There were flicks, tricks and even an overhead kick that sparked a round of applause. It was a precursor of what was to come.

‘His touch!’ explained Keane with excitement. ‘He was nutmegging people, lashing shots into the top corner; glimpses of what he is capable of, he showed that against Spurs. 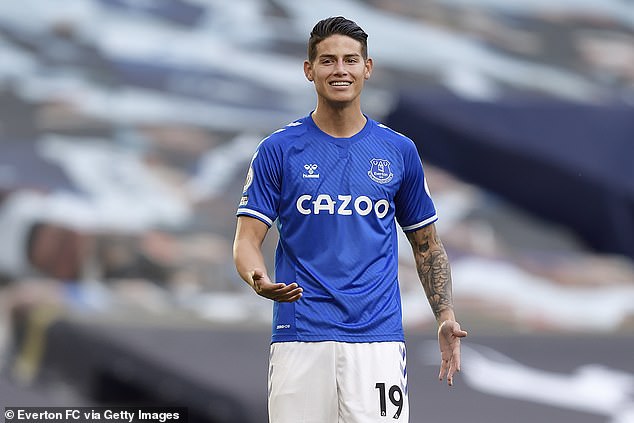 ‘He rarely lost the ball, the weight of the passes he fired across the pitch were unbelievable!’

There is something about being around class that enlivens professionals and Keane was understandably raving after Rodriguez’s debut in Everton’s opening 1-0 win. If these standards are maintained, enthusiasm will soar.

‘You don’t play for the clubs he has – and win the things he has – if you don’t have quality,’ continued Keane.

‘The other new lads, Allan and Abdoulaye Doucoure, were outstanding as well. But James – he’s a superstar, isn’t he?’ 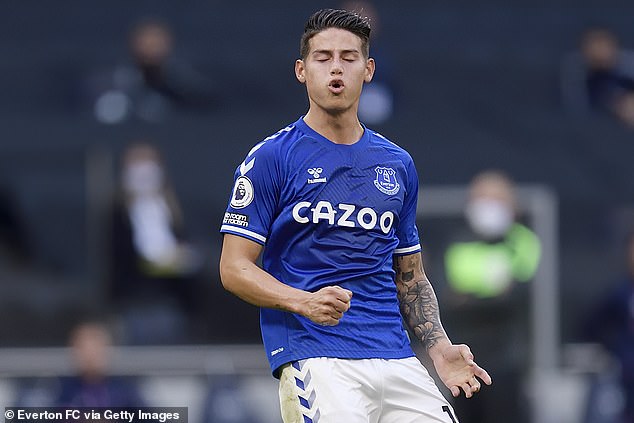 The question needed no answer. Rodriguez, the Golden Boot winner at the 2014 World Cup, has won 19 major honours, including two Champions Leagues, and is Everton’s biggest-ever signing, certainly in terms of global presence.

His image was beamed from screens in Times Square, New York, when Everton announced the deal. The Colpatria Tower in Bogota, Colombia’s capital, was lit up blue. It has led to a surge in interest from Colombians and there is a market for Everton to explore.

This is not just about easy commercialism, however. Carlo Ancelotti had been thinking about a reunion with the 29-year-old, with whom he worked in Spain and Germany, through lockdown and he was his prime target for the window.

Working with ‘Professor Ancelotti’ was appealing but so was a fresh start and game time. James has joined Everton with a point to prove after spending 12 months, almost in exile, at Real Madrid. 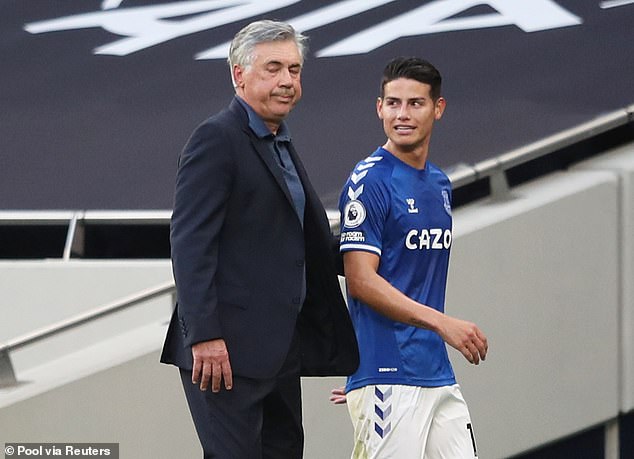 He wants to remind people of his wonderful ability, which led Madrid to pay £60million for him, and the way he has quickly settled into the rhythm of the Everton dressing room has impressed his new colleagues as much as his ability.

Those who have worked with him describe him as down-to-earth, a trait Everton chairman Bill Kenwright noticed when he held talks with the Colombian in his London base when they were finalising the move.

Kenwright’s office is a shrine to Everton, festooned with memorabilia.

And during the course of a two-hour conversation, it was the mention of Wayne Rooney that struck a chord with Rodriguez, who has the potential to make himself a club icon. 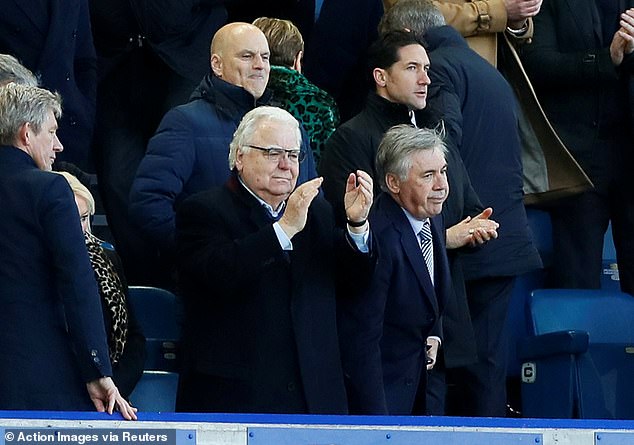 Rodriguez has been welcomed into a group headed by his compatriot – the gregarious Yerry Mina – and also includes the Brazilians, Bernard and Richarlison, and Portugal midfielder Andre Gomes.

They hosted a welcome dinner for him in one of Liverpool’s high-end restaurants.

But he has not been limited to just mixing with the Latin contingent. He won acclaim from the squad as a whole for standing up on Saturday, in a room at the Courthouse Hotel in Shoreditch, by singing his Brazilian initiation song and concluding it with a dance.

Confidence is not going to be an issue. 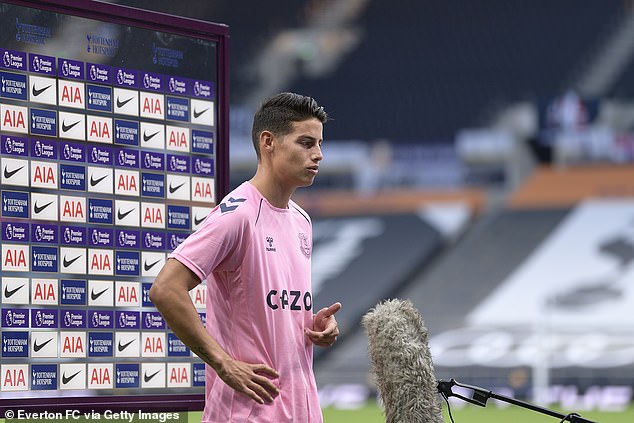 Mina will have a crucial role in ensuring Rodriguez’s transition is smooth. The defender was constantly there for him at Tottenham, yelling ‘Jay! Jay!’ each time he thought there would be physical difficulties.

‘I was in touch with Yerry a few days before (I came),’ explained Rodriguez. ‘He was on at me to sign. “Come on!” Every day he was like this!

‘This is a club with big plans and I only see serious people here who want to succeed. I’m happy with this new life, a new kind of football. There’s a lot of quality in the team, a lot of talented players.’

And those players have seen one firecracker. Rodriguez is now ready to sparkle.

Related posts:
MLB News:
Bold predictions for Week 3 of the college football season
Where each of the 32 NFL teams stands on allowing fans into stadiums
Yankees make MLB history as they keep hitting home runs vs. Blue Jays
Twins’ Josh Donaldson ejected as he crosses plate on home run
Basketball News:
Boston star Marcus Smart overheard in stinging teammate tirade after Miami loss
Opinion: Are NBA playoff games better in a bubble? No home-court advantage, unpredictable basketball
NBA trade rumors: Bucks ‘highly unlikely’ to pursue Thunder’s Chris Paul this offseason
Recent Posts
This website uses cookies to improve your user experience and to provide you with advertisements that are relevant to your interests. By continuing to browse the site you are agreeing to our use of cookies.Ok