Conor McGregor ‘will be fighting’ Manny Pacquiao in the boxing ring

It boasts the perks of adulthood without any of the responsibilities that make it a drain. When self-confidence, though flaky, is at a high through knowing what there is to win in the world and the absence of any real failures to date.

The age at which James Rodriguez, having turned heads with Porto and then Monaco, went to a World Cup and ensured everyone was looking his way. Six goals gave him the 2014 Golden Boot, despite Colombia getting eliminated in the quarter-finals, and such was his overall contribution that Diego Maradona said he should have received the Golden Ball (best player) award, too, instead of Maradona’s fellow countryman Lionel Messi.

You know what’s not a great age? 29. The end of your decade of promise. When that sense of “you should know better” is at its realest because the mistakes to learn from were not that long ago. The next stage of your life, for the most part, has already been laid out in front of you.

The age at which Rodriguez finds himself at Everton, fresh from spells at Real Madrid and Bayern Munich. Successful spells, on the face of it: part of two La Liga, two Bundesliga and two Champions League-winning sides. But in this time, the attacking midfielder started to question where he belonged: both in the game and on the field. Europe’s grandest stages were where he wanted to be, but a lack of consistent playing time due to wider uncertainty over his best position (and the odd untimely injury) had him lost. Worthy of a place among world-class company, yet not able to command a regular spot in an XI. A prodigious talent in limbo. 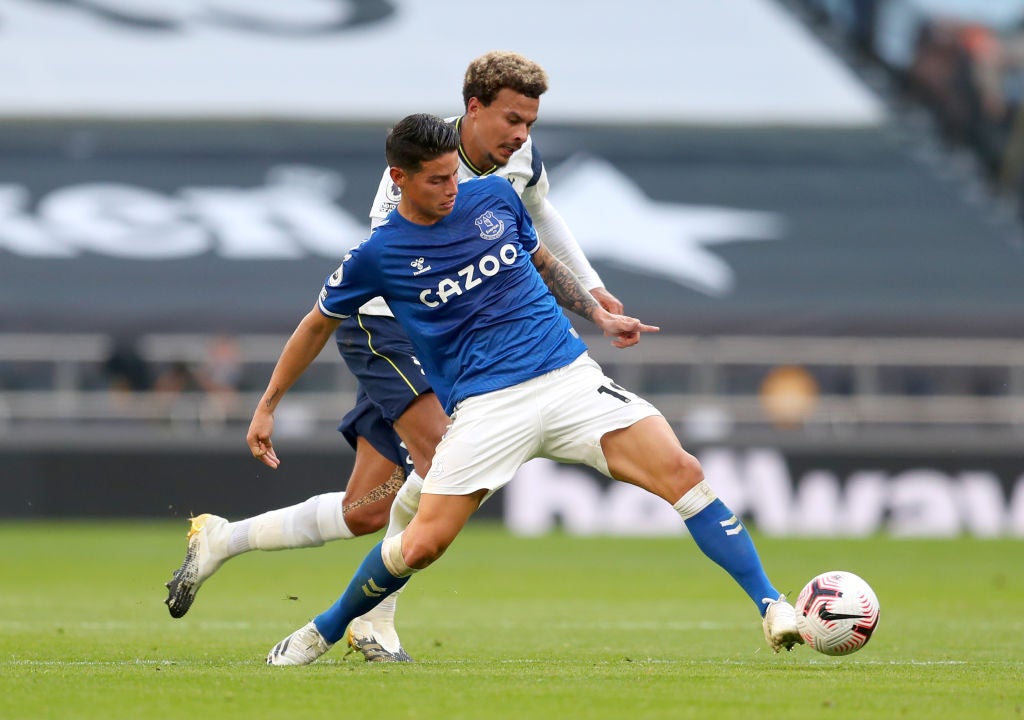 It is how Rodriguez finds himself at a club that finished 12th in the Premier League last season. But after a note-perfect display inspired Everton to an opening day 0-1 win against Tottenham Hotspur, a team they last beat in December 2012 – 16 matches ago – here was a compelling argument that 29 is young enough to make up for lost time.

At the Tottenham Hotspur Stadium on Sunday, Rodriguez, out on the right, had control of every part of the pitch. With darts inside, deft touches and a wide range of passing, he almost single-handedly exposed the macro- and microscopic flaws in Jose Mourinho’s plans.

No debutant had created as many as his five chances since August 2014, but maybe it says more about Rodriguez’s performance that those were relatively forgettable. The only goal of the game – a header from Dominic Calvert-Lewin in the 55th minute – was assisted by Lucas Digne. 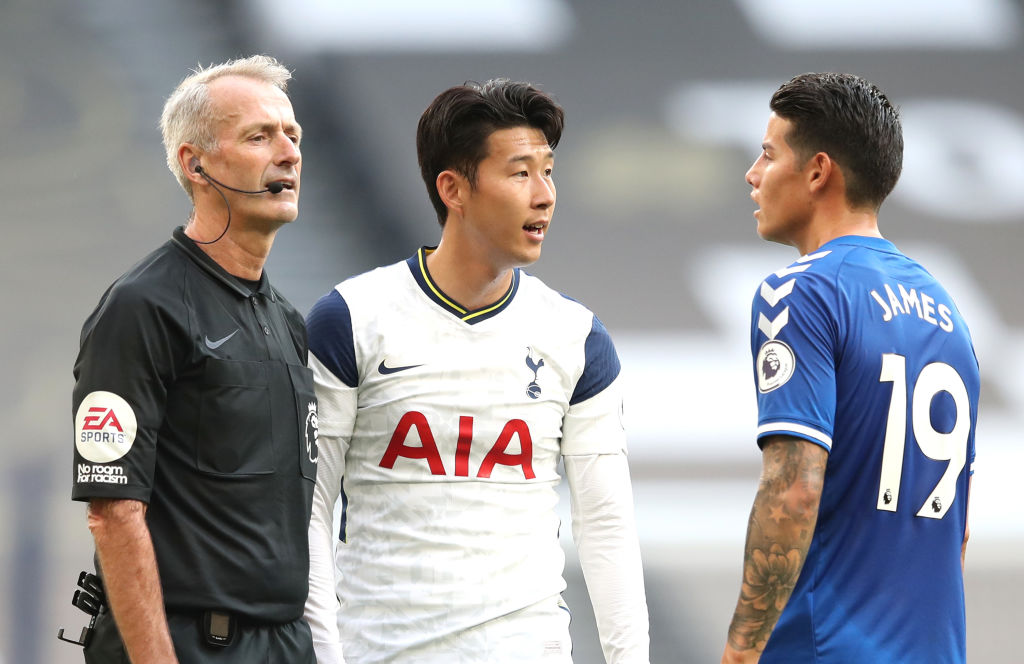 Rodriguez’s touch was immaculate throughout, at times cushioning clearances from his defenders into the path of teammates to keep Everton one step ahead in transitions. When he drove with the ball, he did so as long or as short as necessary. And when there were one-twos, he was smart enough to realise when to give-and-go and when to give and get back. Spurs’ left-back Ben Davies was never really beaten by Rodriguez’s pace, but that only meant everyone inside of him were given the run-around. 33 completed passes came in the attacking half.

More remarkable was the nugget that came through at half-time that Rodriguez was the only player to receive a pass from every outfield teammate in the first half. If that paints the picture of a team putting everything on his shoulders, it’s worth breaking down the recipients of his 47 total passes in the match for a more accurate portrayal of someone who brought those around him to life.

Most went to Abdoulaye Doucoure, the closest of the central midfield three to the right-wing, and in turn 10 of the Frenchman’s 26 passes were to Rodriguez, who used him as a bounce-board. But second most on Rodriguez’s list was Richarlison on the opposite wing. Seamus Coleman (behind the Colombian at right-back) was third but fourth was the Digne on the other side of the defence.

With the mitigation that this is just one game, against a Spurs side with problems of their own, Everton fans have good reason to be excited. Not simply that Rodriguez looks capable of being the off-centre heartbeat of this side, but that he is single-handedly encouraging the side to move forward with conviction, whether in their running or by playing more forward passes, something they did not do enough last season.

None of this is a coincidence. Having had him at Real and Bayern, Carlo Ancelotti knows how to cater to Rodriguez’s needs. Though he was not able to add to a remarkable tally of being involved in 28 goals in 27 league starts under the Italian coming into this match (14 goals and 14 assists), this can certainly be chalked up as a performance of note. Even after just a week of training with the squad, Ancelotti had no qualms in starting his £20million signing, only taking him off as the clock ticked over to 90-plus-one to waste time.

“He has no problem to adapt because I think in Premier League we are not going to play a different sport,” said Ancelotti when asked if, despite the bright start, Rodriguez would need more time to get used to the English game. “It’s football. The pitch is the same everywhere!”

He’s right, of course. But football has not been the same everywhere for Rodriguez. Though that sparkling 22-year old is long gone, at this early stage it seems this kind of football is exactly what Everton and this 29-year old have been missing.