Champions League sensation Jamal Musiala has chosen Germany over England after making an agonising decision on his international future.

The 17-year-old, who became Bayern Munich’s youngest goalscorer in Europe’s premier club competition in Tuesday night’s 4-1 victory over Lazio, was born in Stuttgart to a German mother and a British-Nigerian father, but moved to England with his family as a seven-year-old and has represented both countries at youth level.

Musiala was spotted by Chelsea as a youngster before swapping their academy for Bayern’s two years ago, and his progress since has placed him at the centre of a tug of love which has now been resolved.

He told The Athletic: “I’ve thought about this question a lot. What is best for my future? Where do I have more chances to play?

“In the end, I just listened to the feeling that over a long period of time kept telling me that it was the right decision to play for Germany, the land I was born in. Still, it wasn’t an easy decision for me. 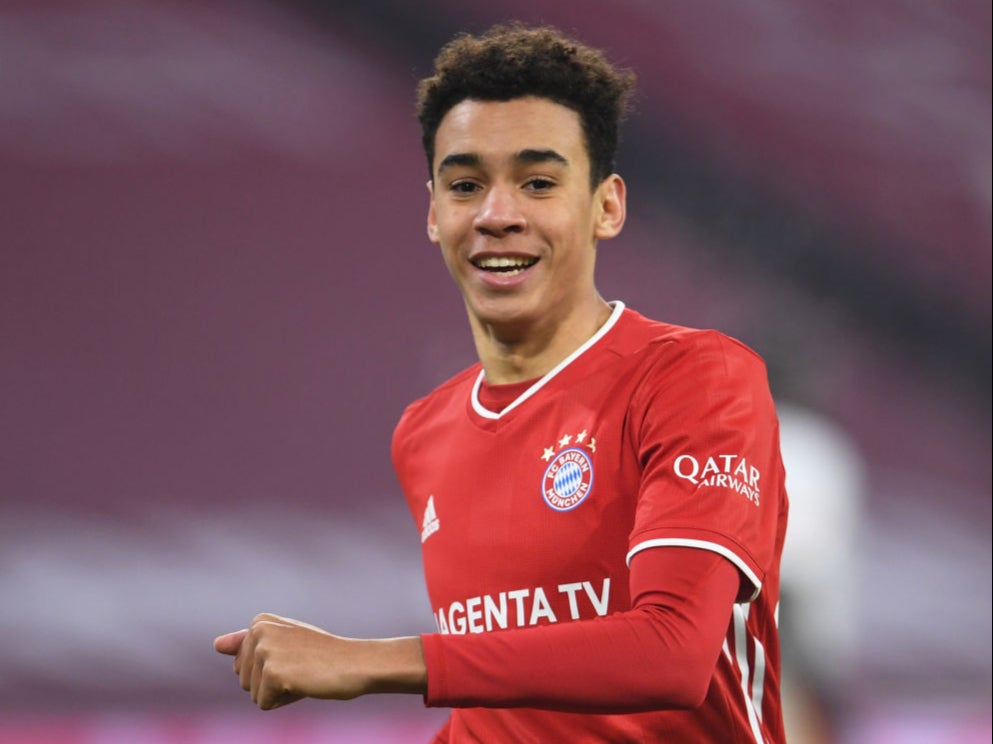 Germany boss Joachim Low, along with club-mates Joshua Kimmich and Serge Gnabry, played a part in Musiala’s decision, meeting him in January to discuss the way ahead as he searches for a new generation of international stars.

But the midfielder, who turns 18 on Friday and is expected to sign a new contract at Bayern, will not forget those at both Chelsea and the Football Association who have helped him on his journey.

He said: “They are family for me, and I am sure that I remain a member of the family, even though I’m no longer here.

“I wouldn’t be where I am right now without the trust and support of Chelsea FC and the FA, throughout the hard times and fun times. It wasn’t always easy, but they made me the player I am now.”

Musiala, the second youngest scorer in the Champions League knockout stages after Bojan Krkic, who struck for Barcelona at 17 years and 217 days, played for England at Under-15, Under-16, Under-17 and Under-21 levels, but also Germany as an Under-16.