Due to the global coronavirus pandemic, the European Championship had to be postponed and moved to 2021.

England would have arrived at the tournament with one of the strongest squads but another season of experience and development is likely to be extremely beneficial to their chances.

Sancho has been thriving in the Bundesliga with Borussia Dortmund and could make a move to the Premier League this summer.

This season, Saka and Greenwood have enjoyed breakthrough seasons with Arsenal and Manchester United respectively and have a chance of breaking into Southgate’s squad. 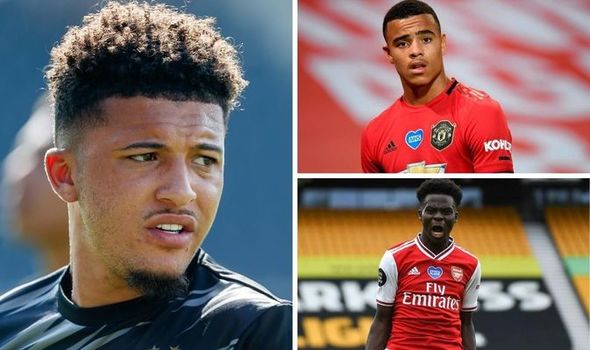 The likes of Phil Foden, Rhian Brewster, Reece James and Dwight McNeil are also likely to be in contention, illustrating the depth of talent available to Southgate.

And while Sancho was disappointed the Euros were called off, he believes the options Southgate now has will spark a battle for places.

“Nah I was gutted. Obviously I’ve been doing my thing this season and I was ready to go,” Sancho told SoccerBible.

“I don’t mind it being pushed back though. I feel like the England squad has a lot of players who are interesting at the moment. It’s going to be interesting to see who makes the squad. 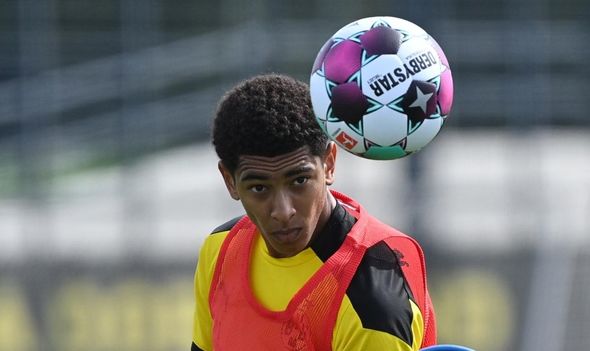 “The players we have now are great and the young players that are coming up now like Bukayo Saka, Mason Greenwood – these guys are talented. It’s interesting to see what they’re doing week in, week out.

“They’re doing a madness so it’s going to be a very tough decision for Gareth Southgate to make.

“Again it’s healthy competition and you’ve just got to do your thing and everyone is going to be doing their best. It’s exciting to see.”

Sancho’s comments come not long after Saka was similarly effusive in his praise for Greenwood and Jude Bellingham, who became the most expensive 17-year-old in history when they agreed to pay £25million for him after one season at Birmingham.

“Greenwood and Bellingham have so much quality,” Saka told Sky Sports.

“Whether they are 18 or 28 or 38 they’ve got quality and when you’ve got quality you’re going to be in the team, providing you can apply the right attitude.

“I feel the age isn’t really a factor because they’ve got maturity and quality beyond their years.

“That’s why they’re being trusted I believe.”