Jadon Sancho is excited by the promise of being Manchester United’s marquee player. The Red Devils are looking to sign the England international from Borussia Dortmund, who have set an asking price worth around £120million. Chelsea are also interested.

Sancho is one of the hottest prospects on the market after contributing 30 goals and 38 assists in 78 appearances for Dortmund over the last two seasons.

A return to the Premier League appears to be on the cards for the former Manchester City winger, who is likely to want to join a club competing in next season’s Champions League.

While United were fast improving before the coronavirus outbreak brought Premier League football to a standstill, they still appear to be some way from competing for top gongs.

But The Athletic journalist Raphael Honigstein claims the promise of being the main man in Ole Gunnar Solskjaer’s team appeals to Sancho.

Honigstein said: “I think United, certainly want a player of his appeal and prospect to build a new squad around. He’s English and that’s part of their thinking. 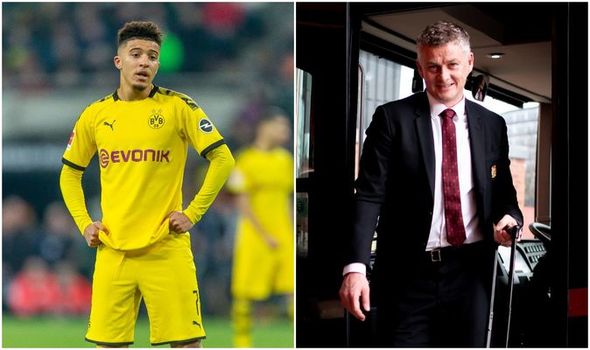 “But they can promise him to be the leading star in a new team that is emerging.

“From what I’ve been told that is quite appealing to him.”

Sancho has been in sensational form over in the Bundesliga, scoring 14 goals and weighing in with 15 assists from 23 league games so far.

United are ready to give Sancho the No 7 shirt in order to lure him to Old Trafford. 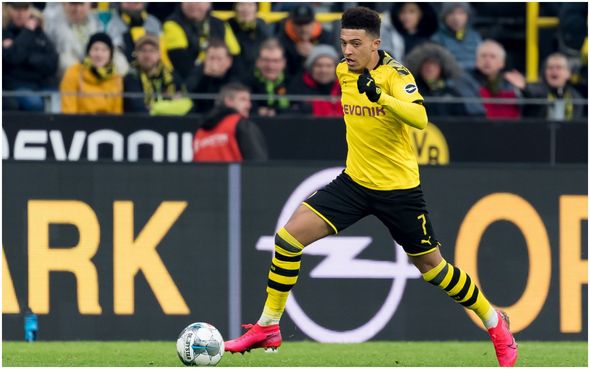 Dortmund have admitted they will not stand in Sancho’s way if he wishes to leave when the 2019/20 campaign eventually comes to an end.

CEO Hans-Joachim Watzke said: “Even before the coronavirus outbreak, we said that we prefer that Jadon stays with us.

“At the end of the day, however, you always have to respect what the player wants.”

While the coronavirus outbreak is likely to result in a drop in transfer prices, Watzke insists Dortmund do not need to lower their price tag.

“I’ll say clearly say that even the very rich clubs shouldn’t believe that they can come here to snap up bargains,” he said.

“We don’t have to sell anyone for less than they’re worth.”

United striker Rashford has gone public about his wish for Sancho to join him at Old Trafford.

“It obviously would be good, Sancho’s a great player, a new generation player,” he said. “It’s definitely exciting to watch him become the player he’s becoming.

“Hopefully we can all play together that would be good.

“He plays off the cuff, he’s creative, imaginative. I think they’re the things you need to do to be world class.”