Borussia Dortmund are holding out for 120m euros for Jadon Sancho – but is the Manchester United target worth that in the current market? The Insider, Sky Sports News‘ Kaveh Solhekol, consults a expert panel over Sancho’s valuation.

If you want to know how much something is worth you have to ask the experts.

Manchester United are trying to sign Jadon Sancho from Borussia Dortmund but there’s a big difference of opinion between the clubs when it comes to valuation. 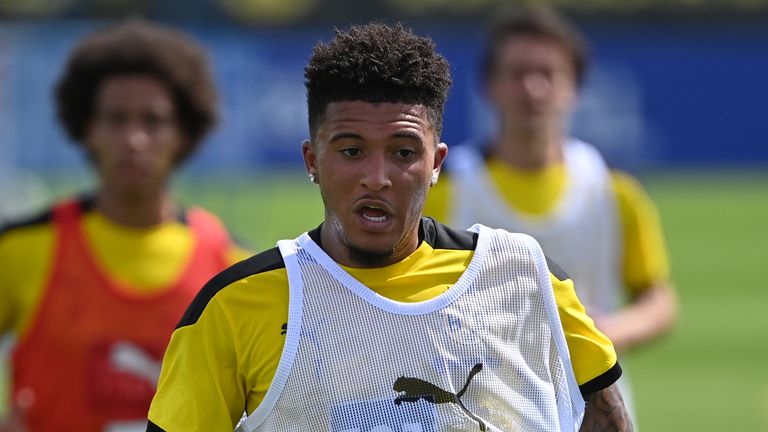 Borussia Dortmund think he’s worth €120m (£108m) while United believe it would be irresponsible to spend that much money on one player in the current economic climate.

So, who is right? How much is Sancho really worth and who will blink first in the game of high-stakes transfer poker United are playing with Dortmund?

Well, in the transfer business money talks. The deal will only be done at a price point both sides are comfortable with. 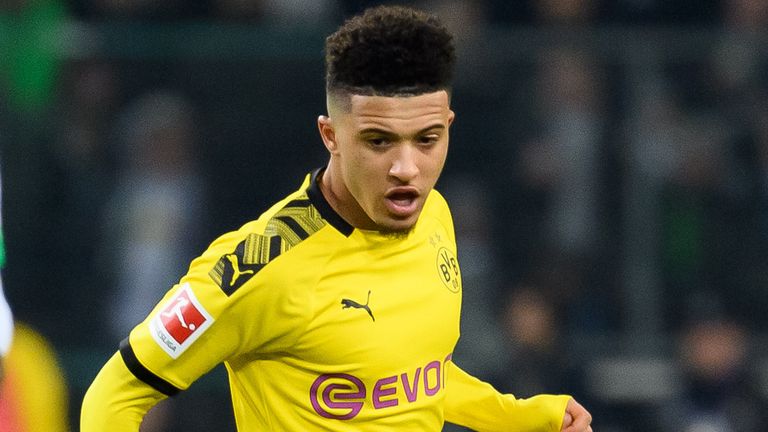 To find out what that figure should be, we have spoken to five people who know everything there is to know about the European transfer market.

We asked them what they think Sancho is worth in today’s market and what they thought Manchester United would be getting for their money if they get their man.

The lowest valuation we came up with was £60m and the highest was £120m. The average price according to our experts – what Sancho is worth in today’s market – is £85m. 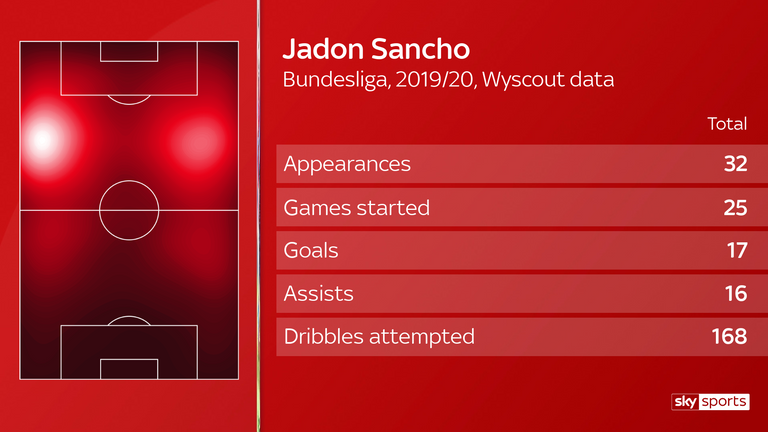 “There’s no question that Jadon Sancho is an incredible talent. I watch German football when I can and he has got it all.

“I can understand both sides of the argument. £100m is a lot of money considering everything that’s going on right now but I think his value is only going to go up in the future.

“Jadon is a more complete player than (Manchester City’s) Raheem Sterling was at his age and he’s only going to get better and better. That’s how good he is.

“Don’t get me wrong, I totally understand why United don’t want to pay over the odds but Jadon is a special player and they should do whatever they can to get him.

“He scores goals and he creates goals and United will have so many options with him, Marcus Rashford, Mason Greenwood and Anthony Martial up front. 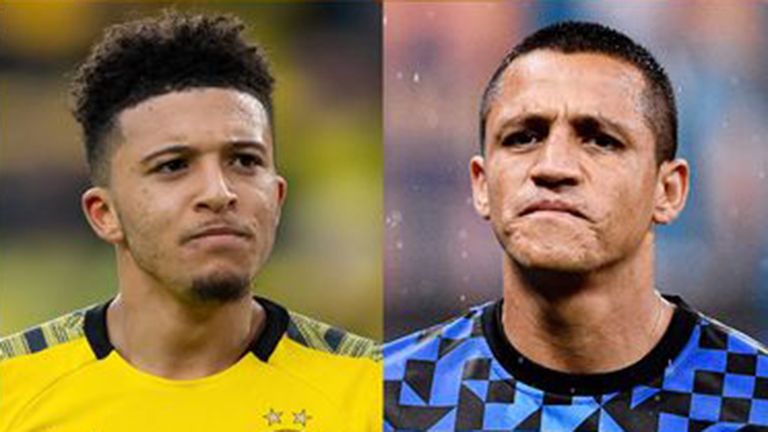 “The situation totally depends on whether you are the buyer or the seller.

“What is happening in the world today has made it a very difficult time for everyone.

“It’s affecting us, just like it’s affecting everyone else. It’s just in our case, no one is going to feel sorry for us.

“Let’s look at it from Dortmund’s point of view, they have got one of the best young players in the world and I think it’s psychologically important for them to get £100m for him.

“Remember they got crazy money when they sold Ousmane Dembele to Barcelona and Sancho is a better player.

“Whatever happens, the final deal has to be a £100m deal. United will be looking to pay probably something like £70m or £75m, but I don’t see that being enough for Dortmund.

“From what I’ve heard Sancho is not the kind of player who is going to try and force through a move.

“It won’t be the end of the world if he stays at Dortmund for another season. More clubs will be in a better position to sign him next summer.

“Don’t get me wrong, Sancho is a very good player but I think Kai Havertz is better and Bayer Leverkusen are asking for £75m for him.”

“You guys all need to calm down. The window’s only been open for a about a week and all you’re talking about is Jadon this and Jadon that.

“You don’t know what is going on behind the scenes. Why would anyone want you to know what’s going on?

“Jadon is 20 and he’s playing in one of the best leagues in the world. What you think he’s worth or what anyone else who’s not involved thinks is not important.

“If United don’t want to pay what he’s worth, that’s not a problem, someone else will pay.” 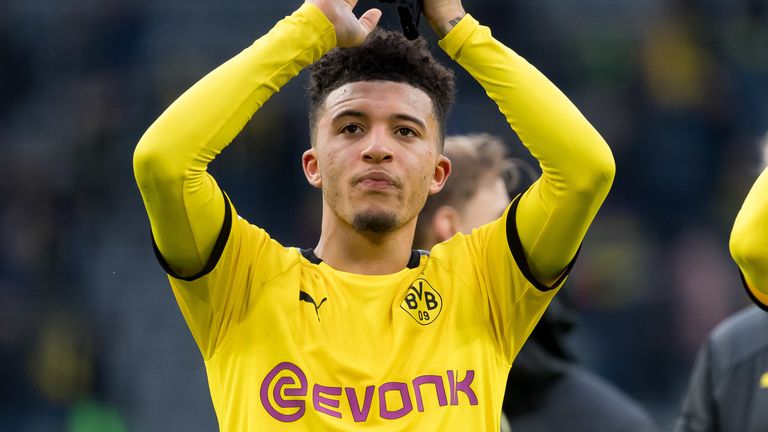 “Looking at the numbers, I can’t see how United could afford to spend £100m on one player right now, certainly not in one instalment, as they have done on some deals in the past.

“Everyone I speak to and deal with is being extremely cautious at the moment and rightly so.

“It would send out totally the wrong message to spend money like it’s going out of fashion when people are losing their jobs.

“I’m not an expert on football but do United even really need Sancho? They seem to have some pretty good forwards already and they signed Bruno Fernandes in the winter.

“Unless Dortmund start being more realistic, I would advise United to walk away and revisit the deal next January or next summer.

“Having said that, I don’t think the people who run United really need my advice on this.”