Haaland has already been sharing lifts with Grealish after joining Pep Guardiola’s squad for his first couple of training sessions this week in Houston.

The 22-year-old was left out of Thursday morning’s victory over Club America but is set to make a first appearance against Bayern Munich in Green Bay before City head home. 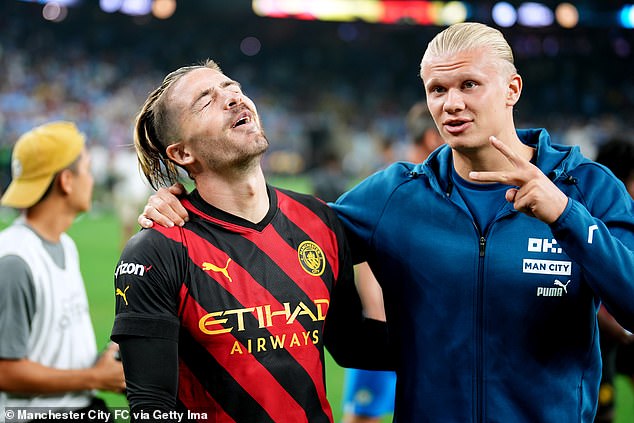 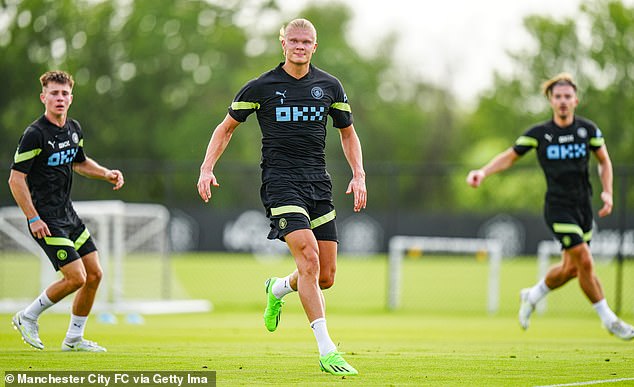 Grealish and Haaland have grown close during the Norwegian’s first week at the club and the England winger is relishing linking up.

‘Erling’s looked good in training and once he reaches full fitness will be unstoppable,’ Grealish said. ‘I can’t wait to play with him and I’m really looking forward to it.

‘He actually said to me, “I’m only half the price of you so I haven’t got the pressure.

‘Obviously it’s always going to be big expectations but nowadays you have to deal with it. I suppose if he misses a chance or whatever then people are always going to have something to say. I’ve had to get used to it myself.’

Haaland is known as a straight talker and Grealish added: ‘He is a great guy, a brilliant guy. The first day that I met him we took a car together and even after that ride I thought, “what a guy”. He’s so down to earth and quite up front with the way he is. You get used to that.’ 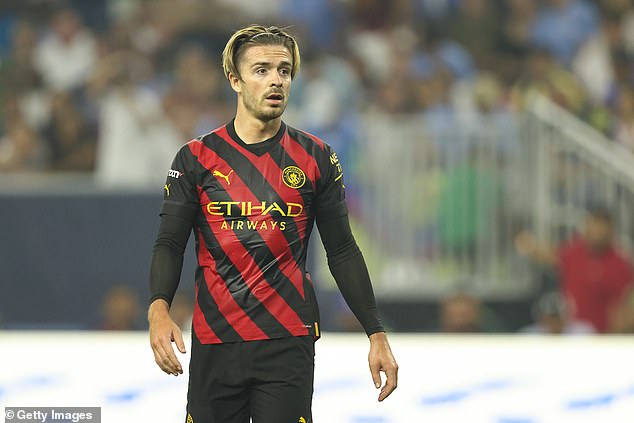 Meanwhile, Guardiola claimed City can muddle through without signing a replacement for Oleksandr Zinchenko if they missed out on Brighton’s Marc Cucurella or other defensive targets. Brighton value the Spaniard at £50million and City are unlikely to commit to that fee.

‘What the club decide what they have to do, I follow the club,’ Guardiola said. ‘The club decides the signings. We miss an important player in the locker room with Aleks, really important. We are trying but it doesn’t mean it’s going to happen.

‘If it doesn’t happen we have alternatives with Joao (Cancelo), with Josh (Wilson-Esbrand) is a young talent, Nathan (Ake) can play there. We will see what happens.’ 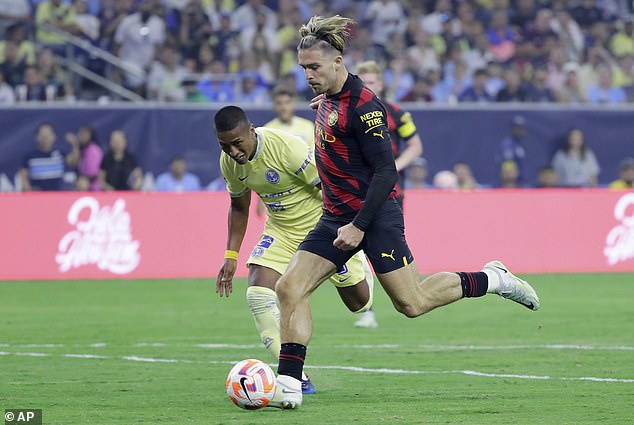 Wilson-Esbrand has struggled with injuries but impressed after coming on as a substitute against Club America, as he did during a Carabao Cup victory over Wycombe last season.

‘He will be with us, he has to train with us,’ Guardiola said. ‘We cannot forget Josh unfortunately the last two seasons with injuries, important ones.

‘He needs time, but the quality he has with the ball, aggressive, he has the potential to be with us. We have to be calm because when one young player has many injuries last two seasons it’s always in his mind. Step by step, he can do it.’