Isaac Hayden has signed for Norwich on a season-long loan deal from Newcastle.

The 27-year-old has played over 150 games for the Magpies as a defensive midfielder but was absent for much of last season with an injury.

Speaking to Canaries.co.uk, Hayden said: ‘I am absolutely delighted. This is a fantastic club. Everything is well run, it has got a good infrastructure and the stadium and the fan base is great. 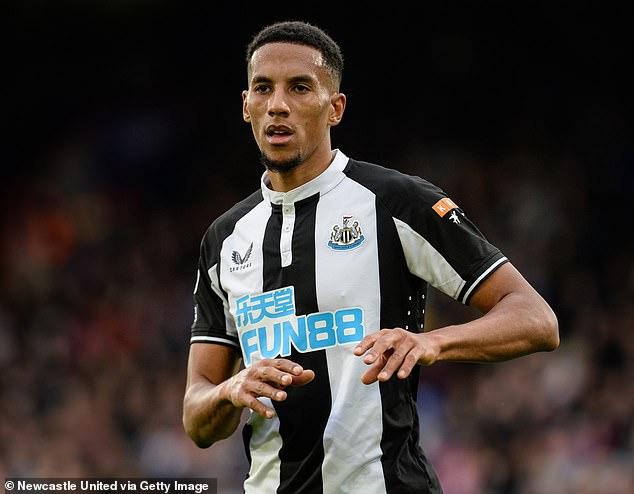 ‘I am here to try to help the team get back to the Premier League. The facilities at the training ground are great and changed significantly from when I have visited before. I’ve also looked at our squad and I want to add to that and help get us promoted straight away.’

Hayden will have good memories of the Championship after winning it with Newcastle in 2017.

He continued: ‘The head coach was a big factor for me. He called me straight away and saw that I was out of the picture at Newcastle.

‘I had spoken to him a few times before and he always struck me as somebody who was trying to do the right things and doing things very well at football clubs.’

Norwich boss Dean Smith said: ‘We’re really pleased to have the deal for Isaac sorted so early. We know of his ability and he’s a player I’ve been tracking for a number of years.

‘He’s a really good footballer and has both excellent technical and ball-winning qualities. He plays mainly as a holding midfielder, is good aerially and we believe he can be very good for us in both boxes.

‘He brings a lot of experience of both the Premier League and Championship. We know he is a really good personality and character and that will add to our group.’