Wish you weren’t here? Injured Paul Pogba parties at Miami art week with his wife Zulay in some eye-catching fashion choices… while his France team-mates head into the World Cup last-16 without him

Paul Pogba has been snapped enjoying himself in Miami as his France team-mates prepare to move into the World Cup last 16.

The Juventus star is missing the Qatar World Cup with a serious knee injury which ruled him out of the tournament, so he could be understood in looking for distractions.

And Pogba was snapped at Miami Art Week along with his wife Zulay, 29 – in some eye-catching fashion choices. 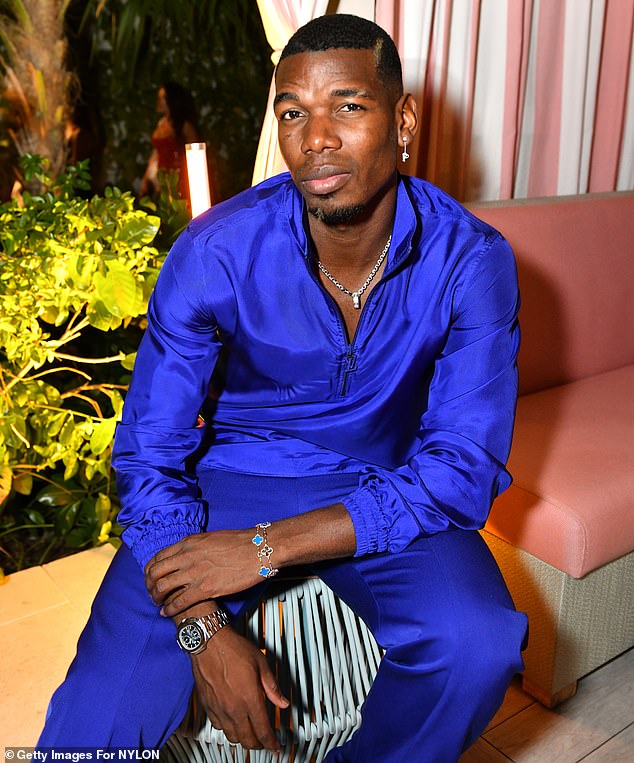 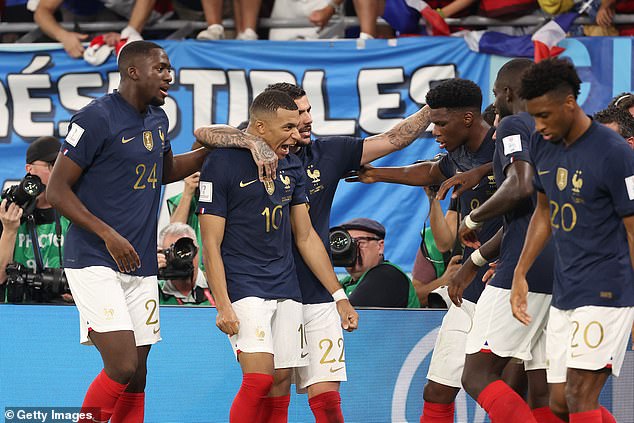 Les Bleus (above) are contesting the Qatar tournament without Pogba, who has a knee injury

Attending a swanky event at Strawberry Moon in The Goodtime Hotel on Friday in Florida, USA, the 29-year-old central midfielder posed head to toe in bright blue, with a loose shirt and trousers and a silver necklace rounding off his outfit.

On the same day, Paul and Zulay smiled as they left the Swan Restaurant in Miami, with Paul wearing a white vest and an open pink and green shirt with a zebra-print pattern.

Zulay grinned in a pair of sunglasses and a dress, also with bright pink and dark green as part of the design. 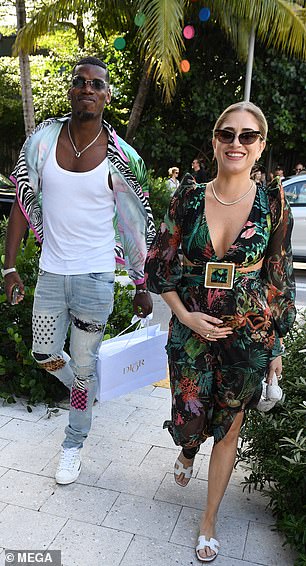 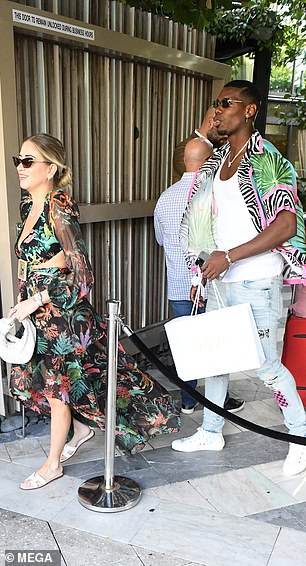 Pogba, who played for Manchester United from 2016 to 2022, returned to Juventus this summer on a free transfer – six years after he moved to Old Trafford for £89million, the joint-eighth biggest transfer of all time.

The 91-cap international was a talismanic figure in the team which won the last World Cup four years ago, scoring in the final as Les Bleus beat Croatia 4-2.

In the group stage in Qatar, Didier Deschamps’ side beat Australia 4-1 and Denmark 2-1 before losing 2-1 against Tunisia after having already qualified. They will play Poland in the last 16 at 3pm on Sunday, and could meet England in the quarter-final.