It has become a standard question to Gareth Southgate before visits to countries in what we used to call Eastern Europe. Usually with good reason.

What about the racism? What will we do? This time, though, it was different because Southgate wasn’t having it.

The England manager knew what was coming once his team got to Hungary. Once they took the lead in Thursday night’s game, it arrived and it was abhorrent. It is to be hoped FIFA deal with it strongly. 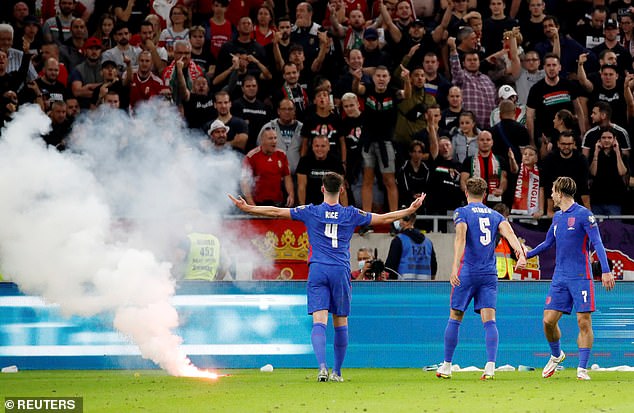 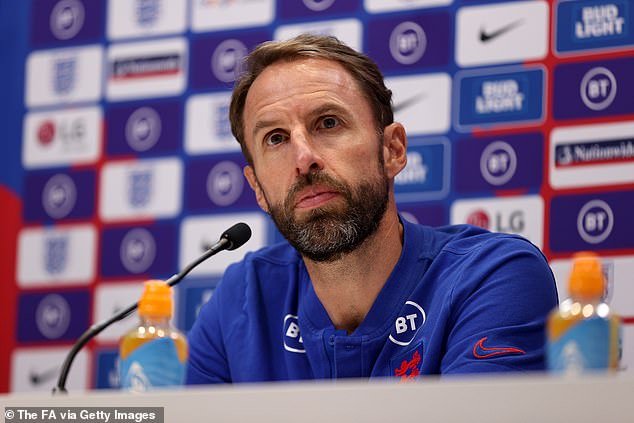 More broadly, though, Southgate is not prepared to allow the dreadful failings of other countries to mask the issues that continue to afflict us at home. Not after what he saw this summer.

‘We have our own problems and we need to sort ourselves out first,’ he said before last week’s game in Budapest.

The England manager, like all of us who were there, remembers what happened at Wembley on the night of the Euro 2020 final.

He knows how bad it was and is not prepared to forget and move on. And that is just as well because not everybody is so keen to dwell on it. 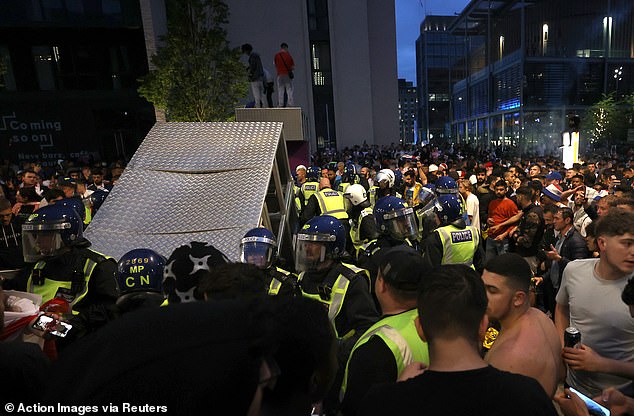 In an interview in The Times recently, Oliver Dowden, the secretary of state for Digital, Culture, Media and Sport, was asked whether what happened would hamper our bid to host the 2030 World Cup.

‘Fifa understands that we (must) learn those lessons,’ he replied. ‘There were particular peculiarities about that night, so I’m confident it’s not done us long-term damage.’

Long-term damage? Parents who arrived for that game with their children, only to turn tail and flee, their night ruined, would probably be able to tell Dowden something about the collateral impact.

Peculiarities? Well, England were in a final. So, yes, that was odd. But far too much of what occurred in and around Wembley as England reached the latter stages of the tournament was grimly familiar.

This problem, so deeply embedded, is not something that can be talked away with a sweep of a politician’s hand. The sense of arrogance, entitlement and selfishness that breeds this behaviour is ingrained in England’s football culture.

If FIFA are really to be assured that the Government and the English football authorities have this in hand, then the rest of us may wish to hear about that too, for it’s a problem that has escaped a solution for decades.

What happened at Wembley should not be forgotten or excused.

Ticketless supporters smashing their way through the disabled entrance is largely unprecedented. Less so the kind of thing we witnessed on the Tube and in the streets nearby. Opposition national anthems are routinely booed at England games. ‘Ten German Bombers’ is still sung with gusto.

For the Danes on their way to the semi-final, it was: ‘You’re sh*t but your birds are fit’. Funny? Only the blokes holding the cans of warm lager were laughing.

On the day of the final, Wembley Way was a grim place as early as four hours before kick-off. The crush was uncomfortable. The rivers of urine were unpleasant. The threat was in the air.

And this remains English football’s problem. Is it societal? Yes. But it continues to attach itself to our national sport, so it’s the game’s issue to solve.

The FA and UEFA are continuing their investigations into the events of that July night, but this is a problem that stretches wider and deeper. All that Sunday did was bring it into focus.

At Middlesbrough when England played two pre-tournament friendlies, Southgate’s players were booed as they took the knee. On the platform at Wolverhampton train station after Manchester United’s win recently, Wolves fan were singing that Jadon Sancho and Marcus Rashford had let their country down.

Maybe one day these idiots will catch their own reflections as they sing that and see the truth staring back.

Until that day, it will require people like Southgate to remind us of something unpleasant.

What happened in Hungary was sickening and grimly predictable. But as we move forwards let’s make sure we look in the mirror as well as out of the window.

That old English disease? It hasn’t gone away.

After Malky Mackay’s unpleasant texts to a colleague at Cardiff City were printed by this newspaper in 2014, he largely disappeared from view.

But the 49-year-old has been rebuilding his life. Mackay was technical director of the Scottish FA for a while and has now re-emerged in management at tiny Ross County in the Scottish Highlands. 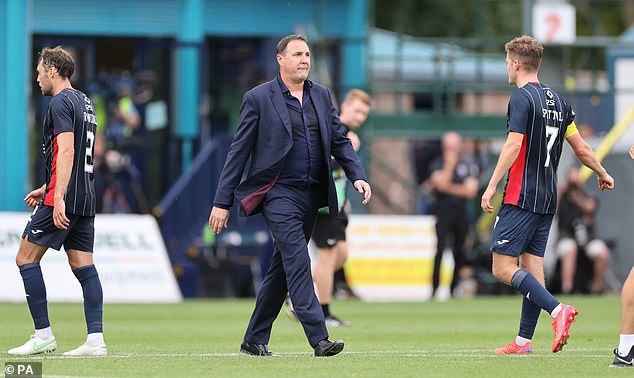 He was always a fine coach and certainly a much better person than those awful messages suggested.

Mackay has learned a lesson and taken steps back to move forwards. It is hard not to wish him well.

Screen test for the WSL

The rights to the Women’s Super League, which began on Friday, have been bought by Sky and the BBC. On the radio, talkSPORT have a slice of the WSL action, too.

It will be interesting to see how this goes.

The broadcast market is already saturated by live football. Does the public have an appetite for yet more?

The viewing and listening figures will give us a clue.

Granit Xhaka has turned down a Covid jab. No matter. He would have been late anyway.