Ian Holloway has announced his resignation as Grimsby Town manager after penning an open letter to supporters on Twitter.

The 57-year-old had only been in charge at Blundell Park since the end of 2019 but an early disagreement with potential new owners has played a major factor in his exit.

He leaves the club 20th in League Two as they look to avoid the prospect of a relegation battle following their 2-1 defeat by Bradford City on Tuesday. 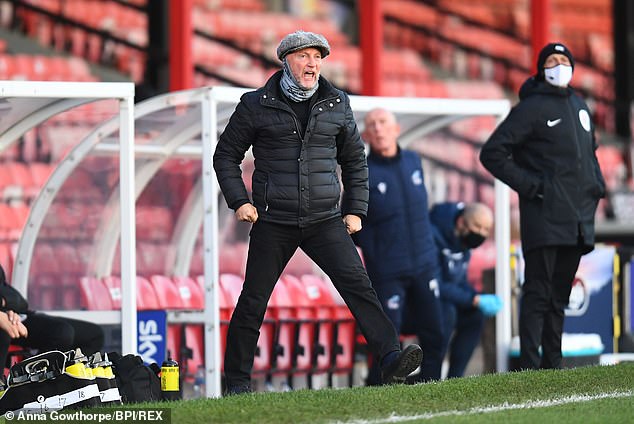 Following the defeat, Holloway announced his resignation on social media on Wednesday morning.

‘To all the fans, it is with a heavy heart that I am announcing my resignation as manager of Grimsby Town Football Club,’ he wrote.

‘New wannabe owners are hovering over GTFC and John has told me he is selling his stake in the club. So it’s time for a fresh start across the board for this great club.

‘As I said recently, I intend to be fully honest with you, the supporters. 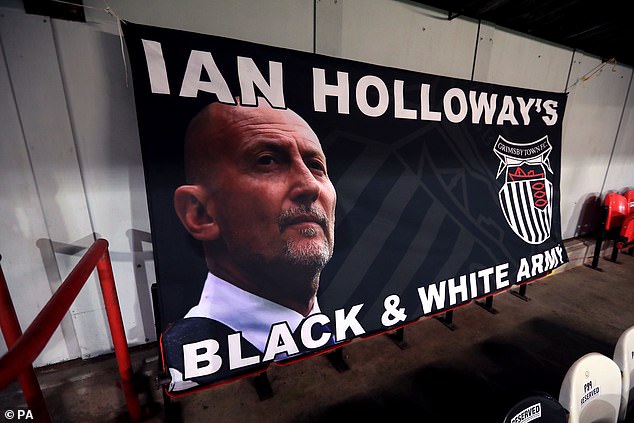 ‘Contact was made by the new owners to me on several occasions before the takeover, which I felt was inappropriate, and told them as such. This is the key factor in my decision.

‘Why? The relationship between the incoming new owners, board and manager is so so important. It needs to be strong for a club to succeed, and we got off on the wrong footing.

‘Therefore, that relationship will be strained from the off, which is bad for the club. 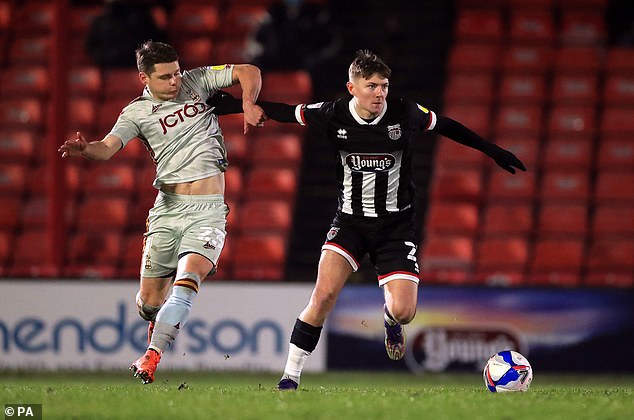 ‘I sincerely wish them all the best going forward and I implore them to communicate regularly and openly with the fans.

‘For a myriad of reasons, on and off the pitch, it feels like we didn’t get a fair crack together, and I take me share of the blame too. I hoped for this to be a long, serious relationship but it hasn’t worked out that way, and that saddens me.

‘I wish you every bit of success. The fans deserve it. God bless.’

Grimsby released a statement on their website shortly after Holloway’s shock departure, reflecting on a ‘difficult year.’

It read: ‘It is with great sadness and disappointment that Ian Holloway has made his intentions absolutely clear that with John Fenty agreeing to sell his shares, he does not want to remain at the club without progressing with the people that he came here to work with. 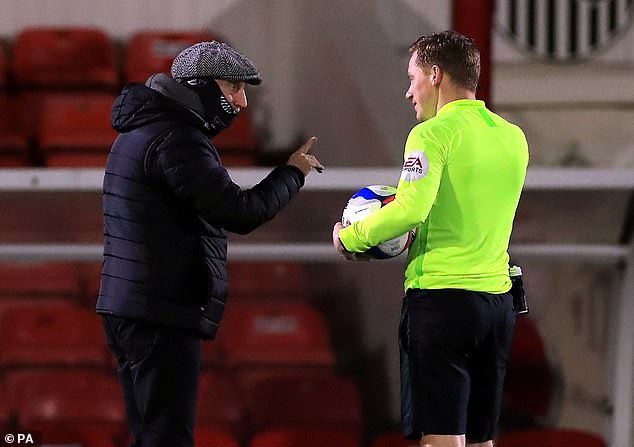 ‘The board and Ollie had a joint vision, first to improve the league position, secondly to deliver top class training facilities and finally by relocation to a new community stadium.

‘It has been a difficult year for obvious reasons which invariably affected all clubs, some worse than others.

‘The club, albeit prematurely, will prepare to move on to a new chapter and would like to put on record its thanks to Ian and Kim for committing themselves to our vision and wish them both all the very best for the future.’