‘I love Jorginho and he knows it… but we’ve overused him’: Chelsea boss Thomas Tuchel explains his Wembley touchline fury at his vice-captain – and admits the Italian struggled after missing out on the World Cup

Thomas Tuchel has played down his touchline fury at Jorginho, insisting he ‘loves’ the midfielder.

The Chelsea boss even admitted he has overused the Italy international – and that might why Jorginho has not hit his usual standards.

Tuchel was seen raging at the 30-year-old during Chelsea’s FA Cup semi-final victory over Crystal Palace on Sunday. 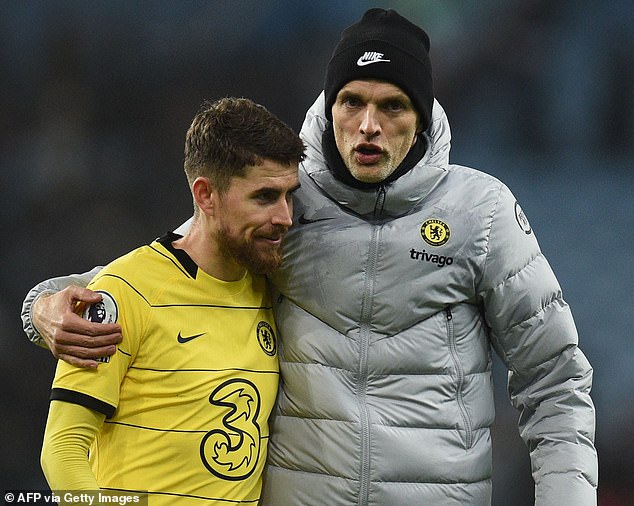 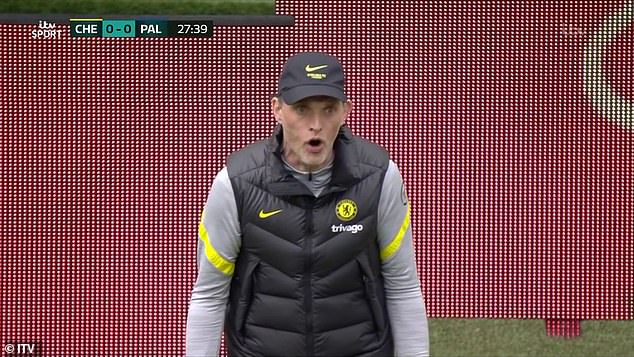 Speaking ahead of Wednesday’s clash with Arsenal, however, Tuchel said: ‘I was very hard on him during the match. He had some situations he could do better and normal does.

‘It is never personal. I love Jorgi. I know that he knows it. We see now we overused him, I have the feeling we see the consequences of these huge amount of matches.

‘If he plays he is always fully involved, gives everything and plays with a lot of effort. He has to be absolutely fresh to have the influence he normally has. He is not mentally, physically in the freshest moment at the minute. He is not to blame for. It affects how I analyse it, he had two or three situations where he could do better (vs Crystal Palace). Nothing personal. Nothing that stands between us.’ 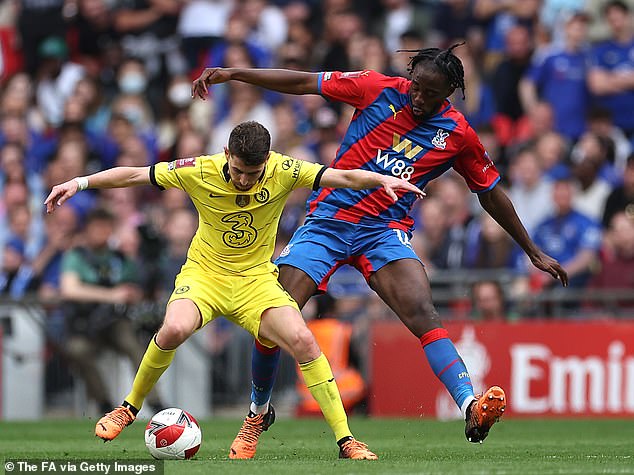 Jorginho, 30, struggled to help get his side going in the first half which left boss Tuchel raging 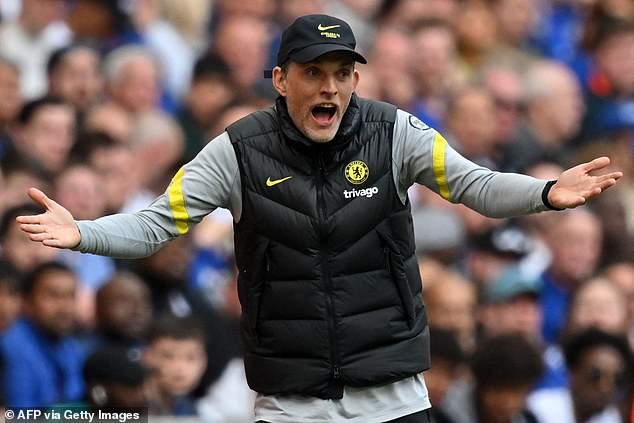 Tuchel also believes Jorginho, who has played through pain at times this season, has felt some mental hangover from his international exploits with Italy.

‘He played injured, sacrificed for the team (this season). I think you see it now. You can never underestimate how much pressure is on playing for the national team, the country, for Italy,’ Tuchel added.

‘The demands are high after big success like winning the Euros. I think he really felt the pressure there, everybody for Italy felt it. 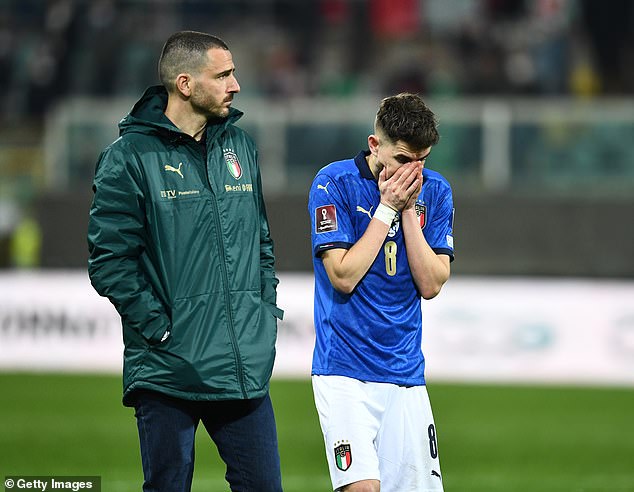