Manchester United are interested in luring Juventus ace Matthijs De Ligt to Old Trafford in the next transfer window. Old Trafford bigwigs believe they can land the Dutch defender as part of a swap deal for Paul Pogba. The £89million midfielder wants to leave and recently fuelled talk of a move back to Turin by donning their colours.

While Pogba insisted he wore the black-and-white strip to show support to Blaise Matuidi, who has tested positive for the coronavirus, talk of a return to Turin continues to gather momentum with the summer transfer window creeping closer.

Pogba shares the same agent as De Ligt in the form of Mino Raiola, which the Daily Star claim has given United bosses hope of persuading the former Ajax captain to join them in a deal that would see Pogba travel in the opposite direction.

De Ligt joined Juventus last summer for £67.5million but has struggled to make an impact at the Allianz Stadium.

The 20-year-old has been limited to 15 league starts this season, despite arriving as one of the most hyped prospects on the planet.

He was tracked by Old Trafford chiefs while at Ajax but they refused to get into a bidding war with their transfer rivals. 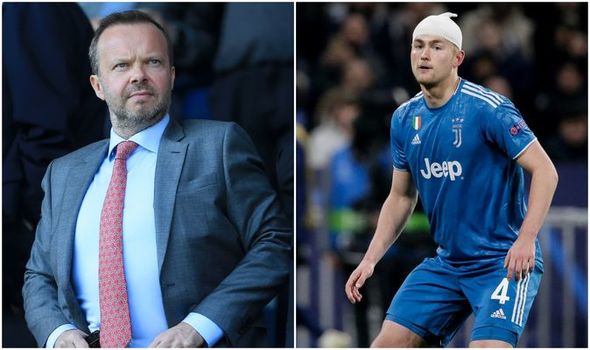 United have kept close tabs on his situation and Ed Woodward believes they could strike when the transfer window reopens.

So, how could United line up if the sensational swap deal goes ahead?

Ole Gunnar Solskjaer has shown a penchant for utilising a three-at-the-back system during the course of the campaign – and that could continue next term.

David De Gea is expected to retain his place between the sticks, despite Dean Henderson’s incredible form on loan at Sheffield United.

De Ligt could form part of a back three alongside club captain Harry Maguire and the rejuvenated Eric Bailly. 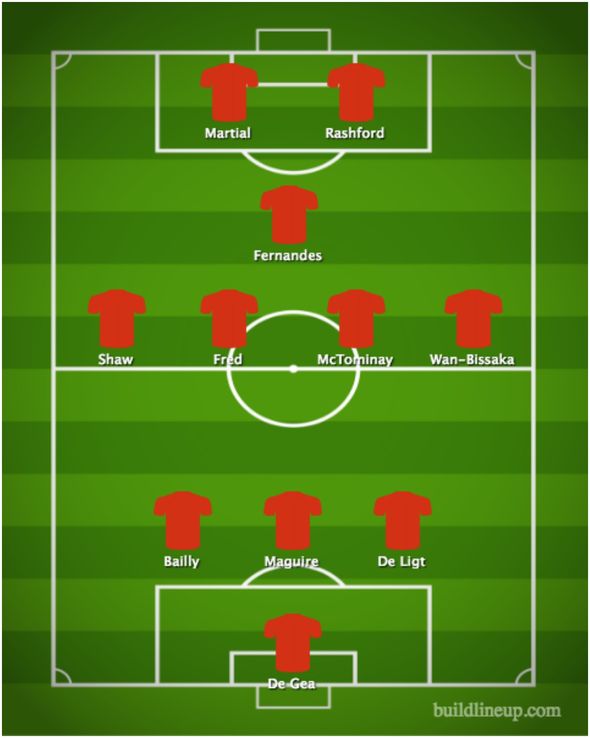 Aaron Wan-Bissaka and Luke Shaw would take the wing-back roles on either flank while Scott McTominay would likely partner Fred in the central midfield positions.

Bruno Fernandes would be given the freedom of the pitch in the No 10 role after his explosive start to life at Old Trafford following his January switch from Sporting Lisbon.

Marcus Rashford, who is close to returning to fitness after his back injury, and Anthony Martial would lead the line, with their pace and trickery providing a problem for defences.

All of this is regardless of United’s other transfer targets such as Borussia Dortmund’s Jadon Sancho and Jack Grealish of Aston Villa.