Liverpool’s starting XI against Leicester is destined to spring some surprises, as the club tackle an injury crisis. Jurgen Klopp has never been a huge fan of the international break but things went from bad to worse for the Reds boss in the past week, after a number of his players picked up problems while away with their countries.

Alisson is not due to arrive back in England until Thursday along with Roberto Firmino, after Brazil beat Uruguay in Montevideo last night.

He will be fine to play despite jet lag but the defence in front of him may look very different.

Andy Robertson will start, should he be deemed fit upon his return to Liverpool.

He could play for Scotland tonight against Israel and has travelled with the squad despite sitting out of the defeat to Slovakia. 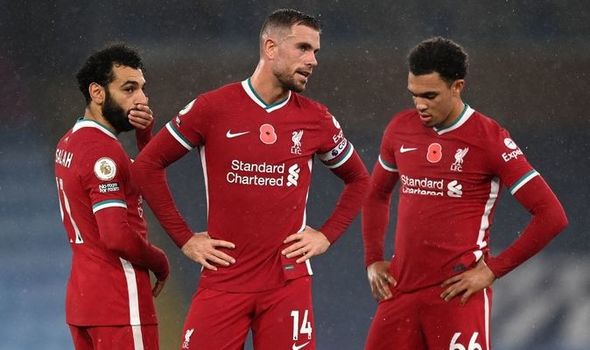 Should he fail to make the cut, Kostas Tsimikas will start in his place.

In defence, Fabinho could start alongside Joel Matip if he recovers from a hamstring problem.

If the contest comes too soon for the Brazilian, Nat Williams could earn another start.

Youngster Rhys Williams has moved up the pecking order after playing in all three of Liverpool’s Champions League group matches.

However, the 19-year-old returned to Merseyside early from England Under-21 duty after picking up a hip injury.

At right-back, James Milner is expected to fill in for Trent Alexander-Arnold but Neco Williams is knocking on the door for another start.

Should the Welshman get the nod, Milner will start in midfield alongside Gini Wijnaldum and Naby Keita or Curtis Jones.

Jordan Henderson was forced to withdraw from the England squad after complaining of tightness in his leg at half-time of England 2-0 defeat to Belgium. 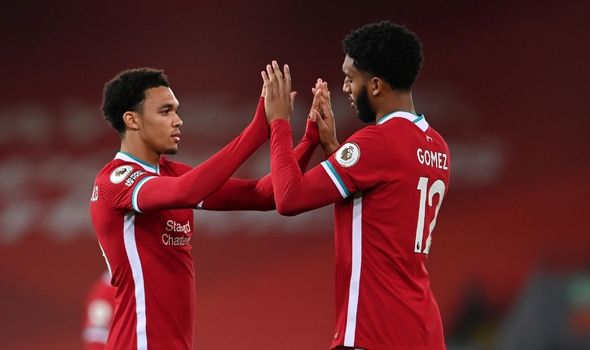 Thiago Alcantara is also closing in on a return to action but he has not played since the 2-2 draw with Everton at Goodison Park.

The front three picks itself, with Diogo Jota and Sadio Mane set to play behind Firmino.

Mohamed Salah is set to miss the clash with the Foxes, after testing positive for COVID-19 whilst away with Egypt.

Xherdan Shaqiri could also be in line for a start, if Klopp decided to change the team’s shape to 4-2-3-1 in response to his injury problems.