‘The man of the match was the referee’: Rennes president Nicolas Holveck launches extraordinary rant after Ligue 1 side’s defeat by Chelsea as he blasts decision to send off Dalbert and failure to award penalty for Kurt Zouma handball

The visitors were harshly reduced to 10 men in the first half of their 3-0 defeat when Dalbert received a second yellow card after a block on Tammy Abraham’s shot saw the ball deflect onto his raised arm.

The Brazilian had already been booked after conceding a penalty by fouling Timo Werner – who stepped up to score – and he was soon sent off after Zwayer visited the pitchside monitor before awarding another penalty and brandishing a red card for the Rennes defender. 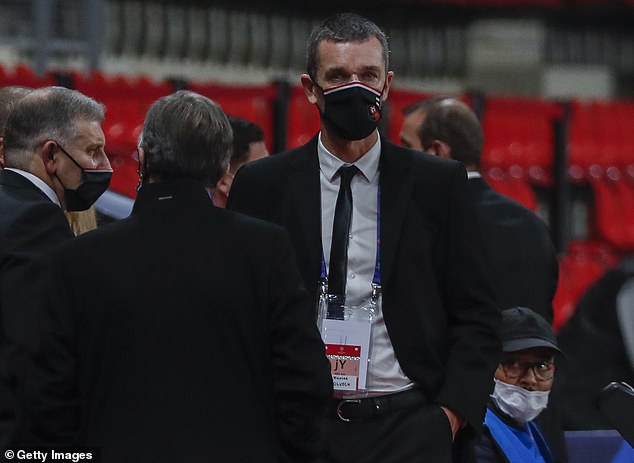 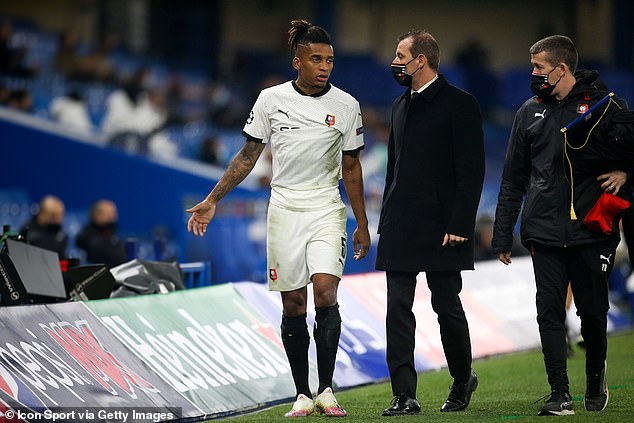 Werner stepped up again to put the Blues 2-0 up, and speaking to RMC Sport and Telefoot via L’Equipe after the game, Holveck launched a stunning tirade and furiously questioned why Kurt Zouma had not been penalised for handball in the opening stages while appearing to pin the outcome of the result on the referee.

‘I am very proud of the coach. We should not be ashamed despite the score,’ Holveck said.

‘But there is more than disappointment, there is frustration. The man of the match was the referee.

‘I would like them to explain to me the handball rules inside the box. If there is a handball from Dalbert while the ball has already touched his foot, what about the handball from Zouma? VAR wakes up for our [handball] but not theirs. 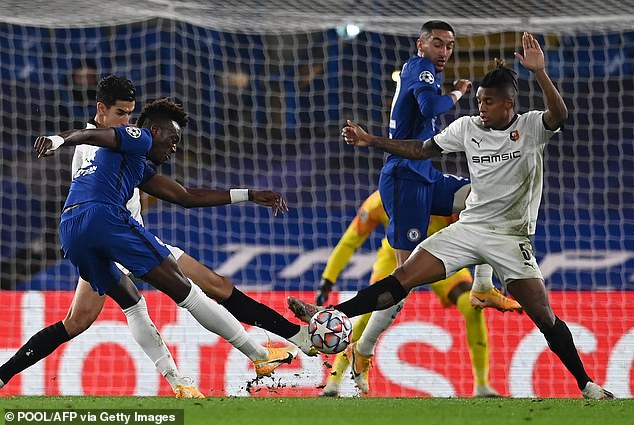 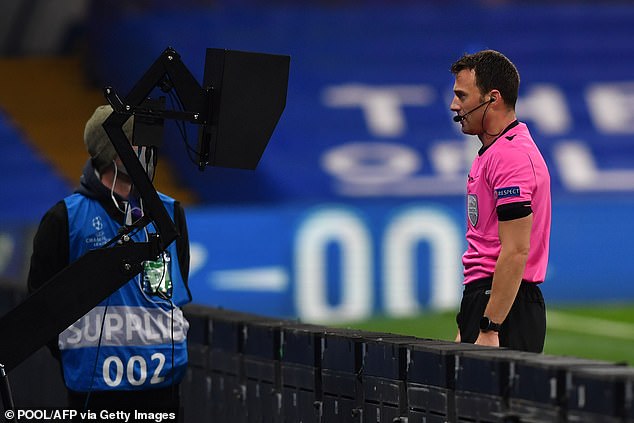 ‘And on top of that he gives a second yellow with that. We can be frustrated, more than frustrated. The result, it was the referee who made it.

‘The match is killed at 2-0 while Alfred [Gomis, Rennes’ goalkeeper] has not had a save to make. We were certainly refereed like the newbie, and that is difficult to accept.

‘But I think we are going to speak a lot about him this evening. Even the English media are unanimous in saying that it is a little scandal. Sleep will be hard to find.’ 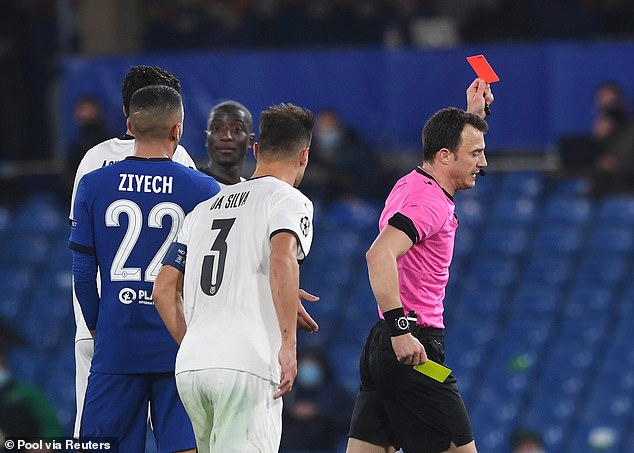 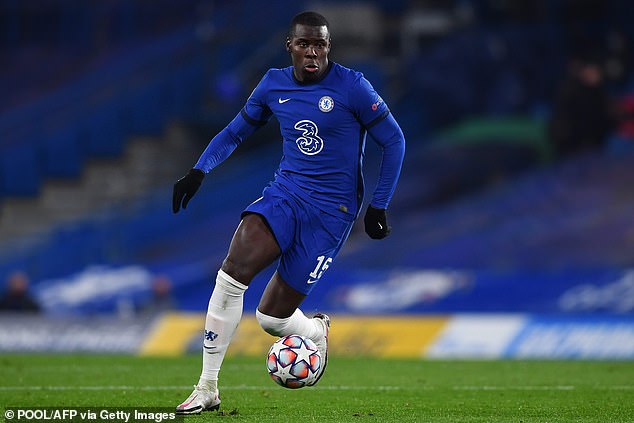 Rennes coach Julian Stephan was similarly baffled by the awarding of the second penalty four minutes before half-time.

‘Unless the rule has changed and we weren’t aware I don’t know why he decided to give handball for this,’ Stephan said. ‘When you give a second yellow for this kind of thing it kills the game. So there’s misunderstanding in actual fact.

‘Why do we check that and not the handball from Zouma? There’s some misunderstanding but I don’t want to go into conspiracy-theory thinking.

‘It was a turning point in the game, it makes it difficult against a team like Chelsea who have good players in every position, with the numerical disadvantage. 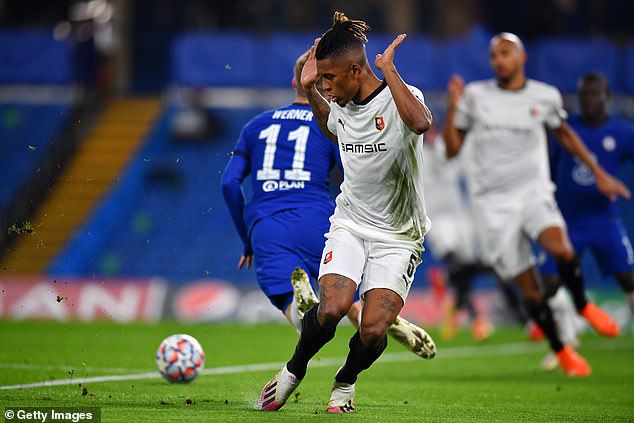 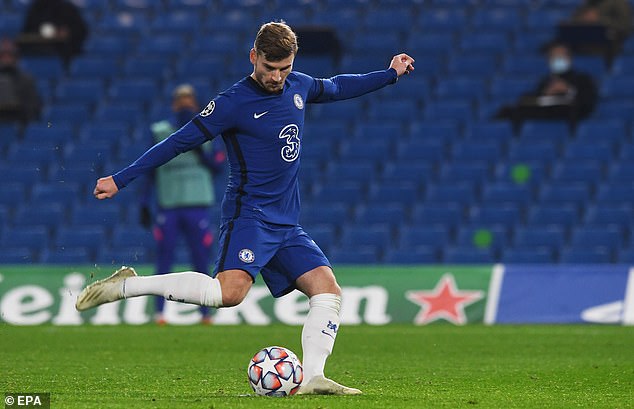 ‘My players were remarkable in the last 20 minutes to put pressure and try to score a goal. I’m disappointed for them that it went the way it did.’

BT Sport pundit Rio Ferdinand also fumed over the decision, admitting he had been left bewildered by the decision.

‘This is an absolute disgrace. The kid doesn’t intentionally block the ball with his hands. The referee goes over to the screen, deliberates and still gives it. It baffles me,’ Ferdinand said. 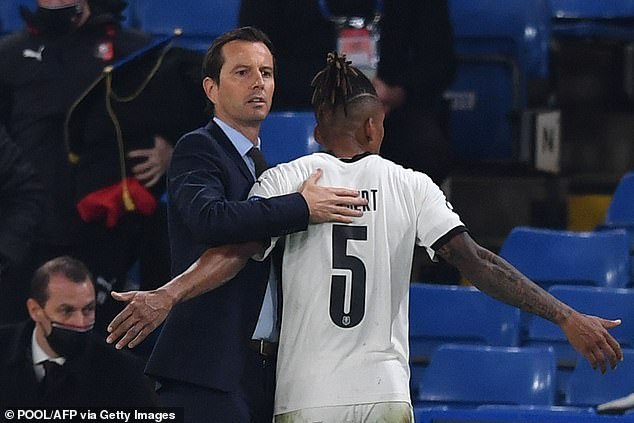 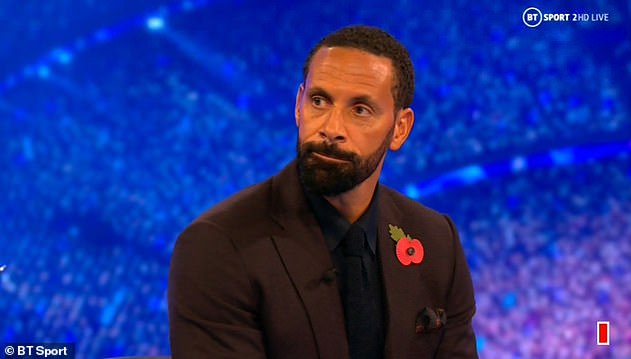 ‘It’s a joke. It’s that close that he’s only going to block the ball with his feet.

‘He ruined the game for me. I was absolutely flabbergasted. Then the red card topped it all off.’

Chelsea forward Abraham, who was heavily involved in the Dalbert sending off, netted a third for the Blues in the second half to confirm their second win of the group stages.