Roy Hodgson admits the challenge of switching his focus back to football will be harder than ever, with the outgoing Crystal Palace manager preparing his team for the final time on Sunday at Anfield.

Hodgson, 73, announced his decision to step down earlier this week and many tributes and displays of appreciation have followed.

The former England manager is calling time on his incredible 45-year managerial career and Hodgson concedes his decision will make Sunday’s game against Liverpool a very emotional occasion. 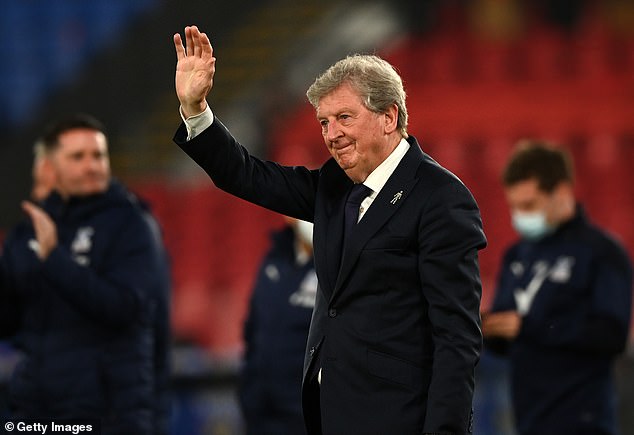 ‘I think when the whistle blows or when I arrive in the stadium then all of this will quite happily be put aside and I will be able to get my ‘football head’ back on again because I’ve done it so many times,’ he admitted.

‘Although this time it is harder, there’s no doubt about that. With all that’s gone on I would lie if I didn’t say that it’s harder than normal but it will be done.

‘Most importantly the players will do it because at the end of the day they are the ones who’ve got to play the game.

‘If we’re not going to get beaten and, in particular, not get beaten heavily they are the ones who are going to have to work unbelievably hard on the field up at Anfield to keep Liverpool at bay.’ 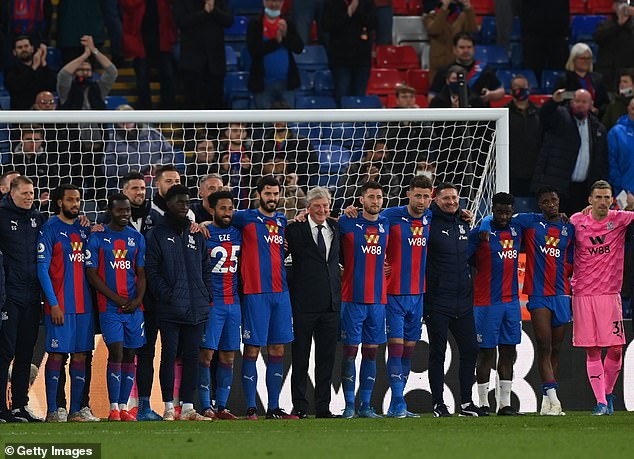 The last week has left Hodgson feeling hugely appreciative as prepares to bow out after four seasons with Palace.

‘The memories of this club have been encapsulated in a way by what’s happened these last few days,’ he concluded.

‘How the players have reacted and what they’ve done for us.

‘How the fans [have responded] and what the club’s done and all the people around the club as well.

‘It’s given me such an unbelievably warm glow if you like and feelings of enormous pride and satisfaction.’