Hibernian have confirmed they will join other clubs across Scottish football and stand up before matches to show support in the fight against racism.

It comes after a number of high-profile incidents, including the alleged racist abuse directed at Rangers’ Glen Kamara in a Europa League tie against Slavia Prague last month.

The decision to stand was made by the squad with the club’s backing, and mirrors recent examples of teams standing and not kneeling before matches in Scotland. 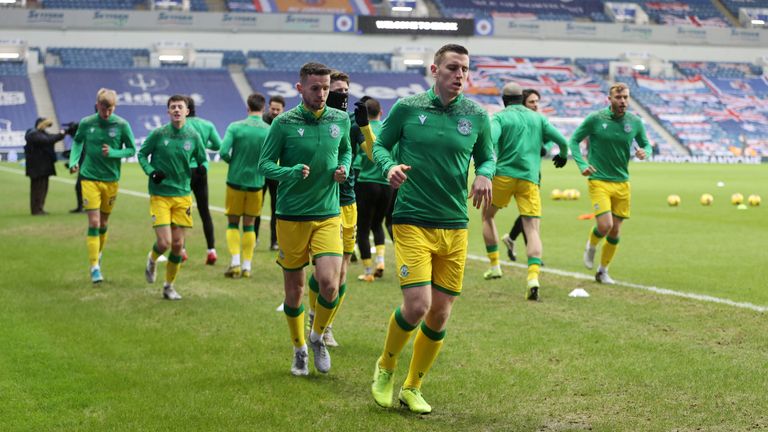 In a statement, Hibernian captain David Gray said: “We’ve seen lots of Scottish teams come together on this issue in the past few days, and we think that by our clubs demonstrating our unity we can send a message to UEFA, the justice system and others that they need to take strong action against those who perpetuate hatred.

“No-one, including footballers, should have to endure this kind of abuse. Enough is enough.”

Hibernian supported ‘taking the knee’ that has become a fixture before matches in Scotland and England as a show of commitment to racial equality.

However, the Edinburgh club believe Scottish football can do more to demonstrate solidarity and support against all forms of abuse, including racism.

They are following the lead of other Scottish clubs, including Celtic and Rangers who both opted to stand and not take a knee before last month’s Old Firm match.

Hibernian travel to Queen of the South for a Scottish Cup third-round tie on Monday, having drawn 1-1 with Livingston in their last match before the international break.