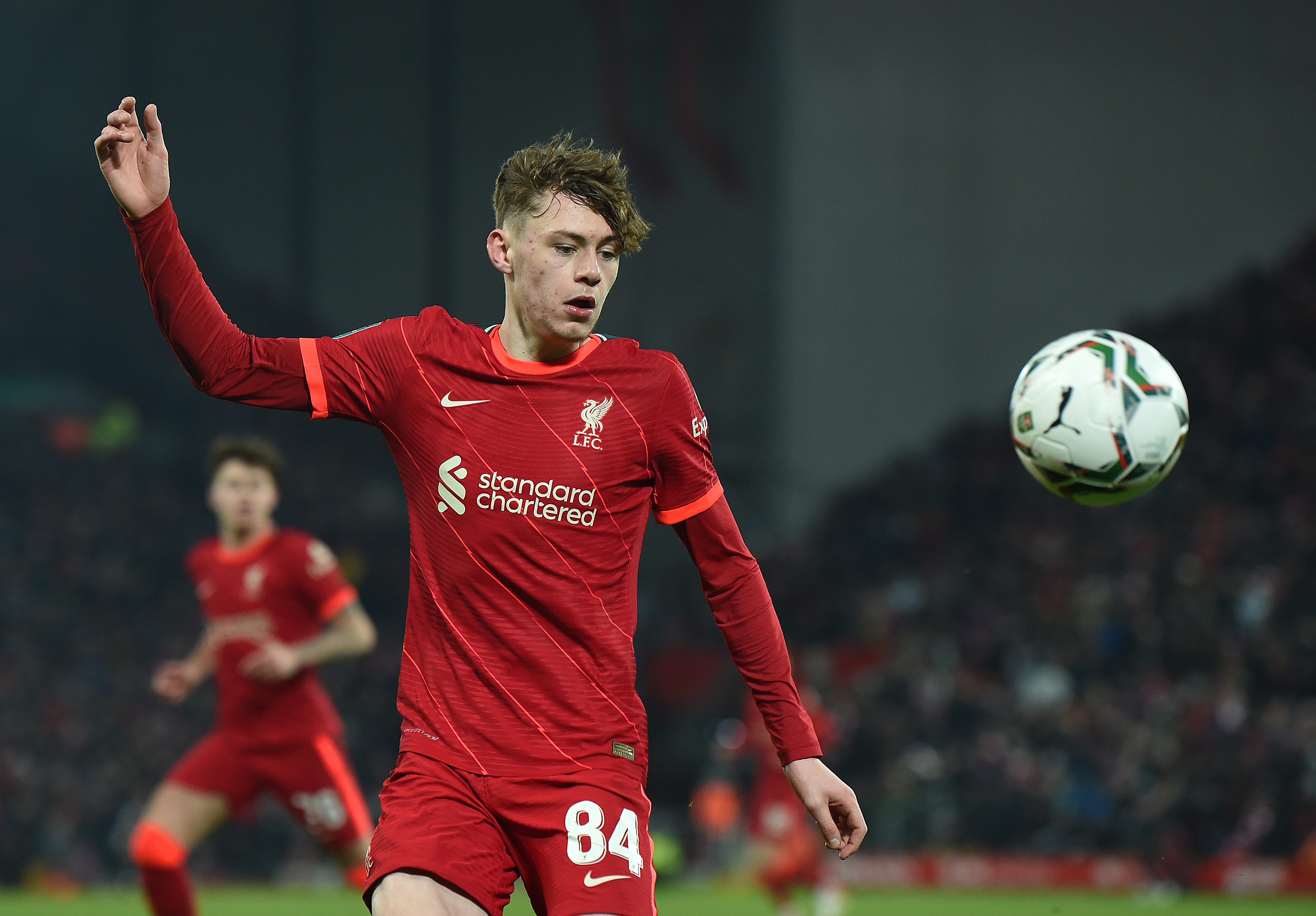 Tim Sherwood believes Liverpool youngster Tyler Morton looks a decent player but he’s not yet ready to play in the No.6 role.

Morton has made a breakthrough under Jurgen Klopp this season and recently made his first Premier League start in the 1-1 draw against Tottenham.

The 19-year-old played 60 minutes and picked up a booking playing in the middle of the park and former Tottenham and Aston Villa boss Sherwood feels Jurgen Klopp is perhaps putting too much responsibility on him right now.

‘With the young boy Morton, as the six,’ said Sherwood. ‘I think he is a decent player on the ball, but he’s not ready to play in there on his own.

‘To be the only protection, with Trent [Alexander-Arnold] and [Andy] Robertson just vacating them areas and playing as wingers really.

‘I think with [Jordan] Henderson, I can understand it, even without [Virgil] van Dijk. But you have to tweak it sometimes without Van Dijk.’

Morton was handed a second successive start in Wednesday night’s Carabao Cup quarter-final win over Leicester but was taken off at half-time after picking up another booking.

Liverpool came from 3-1 down at Anfield to level the scores in injury time and force a penalty shootout where Diogo Jota scored the decisive spot-kick.

Morton was lucky to avoid a red card for a firm challenge on Ricardo Pereira that saw the Foxes full-back later hobble off the pitch.

‘It was a poor challenge but I thought the referee was poor all night,’ Leicester boss Brendan Rodgers said.

‘There were bookings that should have gone in the first half, Madders (James Maddison) is away and if he is away he makes the pass and then we are through into the dangerous position.

‘It was Jordan Henderson who was clever and took the foul, but there was no yellow card.

‘In the second half he was given a yellow card for not a great deal. I thought the referee was poor.’