Hertha Berlin’s sporting director Michael Preetz has praised Matteo Guendouzi for the impact he’s made at the club since joining on loan in October.

Guendouzi was sent away on loan by Arsenal at the end of the transfer window after clashing with Arsenal boss Mikel Arteta.

His debut for Hertha was delayed after he tested positive for coronavirus last month.

But since recovering, Guendouzi has made two appearances for the German side and seemingly already made a good impression.

And Preetz has hinted they may look to sign Guendouzi if Arsenal are looking to sell him. 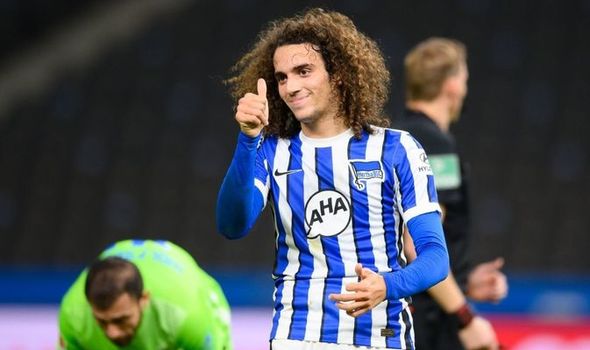 “Three months ago, Matteo’s loan signing wasn’t possible, but it was at the beginning of October,” Preetz told German publication Kicker.

“We are happy that he is there and that he enriched our game from the start.

“We’ll see everything else next summer. How the prices will develop by then and what Arsenal is planning then, nobody can say today.”

Guendouzi’s departure could lead to the arrival of RB Salzburg ace Dominik Szoboszlai, who could be available for around £18million. 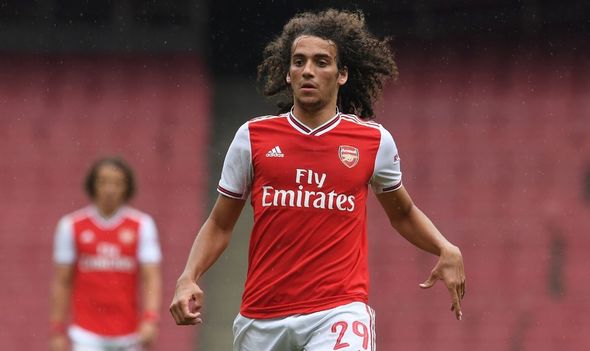 Meanwhile, Arteta has pleaded for patience after Arsenal suffered a major setback before the international break by losing 3-0 to Aston Villa.

“It’s part of a process. The results have to be immediate, and the challenge we have with the club we are representing is that we have to win as quickly as possible every game in every competition.

“So far we have played 14 games in all competitions this season, we won 10 and lost four and the four of them have been in the Premier League, so it is a little bit imbalanced.

“There are a lot of things to do, short term and medium term, we have seen a lot of changes not only on the pitch but structurally as a club as well, it’s been difficult, it’s been a challenging time in the last three or four months, a lot of things have happened.

“We have to settle and everyone has to realise where we are now, but I see the future as really bright.

“I am a really positive person and I tend to learn much more when things don’t go well and we have a defeat like we had the other day that really hurt after the performance we had at Old Trafford.

“We have to understand why it happened, be really critical first of all with myself and try to understand the players better, and give them more solutions to win more football matches.”