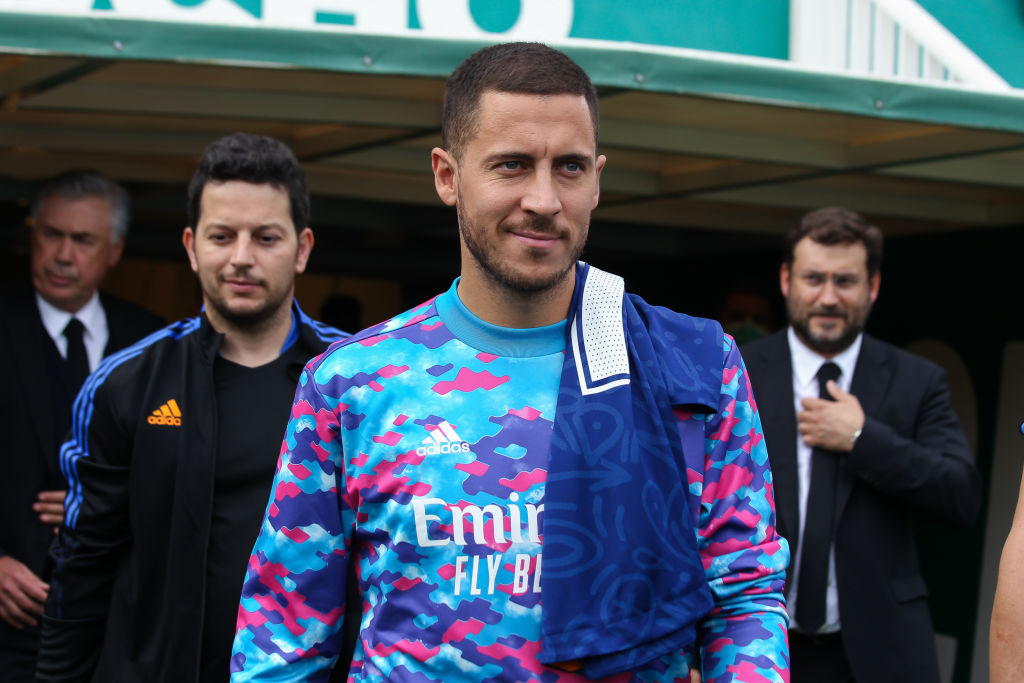 Real Madrid misfit Eden Hazard is determined to fight for his place under Carlo Ancelotti and will not be on the move in January, according to reports in Spain.

Hazard, 30, has endured a nightmarish two-year spell at Madrid, with injury problems ravaging his progress following a club-record £103.5million switch from Chelsea.

Ancelotti has tried to accommodate for Hazard, switching to 4-4-2 formation and playing the Belgian behind the main striker, but his struggles have continued and rumours of an impending transfer have been circling.

Recent reports indicated both Chelsea and Newcastle have been offered the chance to sign Hazard when the transfer window opens, with Madrid prepared to cash in on the attacker for a fraction of the fee they signed him for back in 2019.

Los Blancos are expected to ramp up their efforts to sign Kylian Mbappe and Erling Haaland next summer and will look to generate funds by offloading deadwood in their first-team squad.

However, Marca suggest Hazard has no intention of departing the Bernabeu and is willing to be patient for his opportunities in the second half of the campaign.

It’s claimed the out-of-favour Belgium international is aware he’s failed to live up to expectations and is more determined than even to repay the faith shown in him by the club.

Madrid would also prefer to keep hold of Hazard until the end of the season and then negotiate a potential departure next summer if his performances fail to improve.

The former Chelsea and Lille star, who is valued at around £43m, is tied into a contract with Madrid until June 2024.

Ancelotti said he would never ‘force’ a player to stay against their will when pressed on Hazard’s situation earlier this week.

‘Never in my career as a coach have I forced a player to stay when they want to leave,’ the Real Madrid head coach told reporters.

‘In my own personal opinion I don’t have any doubts about that.’

Hazard has made just two substitute appearances since returning from his latest injury and will no doubt be desperate for a place in Ancelotti’s starting XI tomorrow night when the side play host to Shakhtar Donetsk in the Champions League.